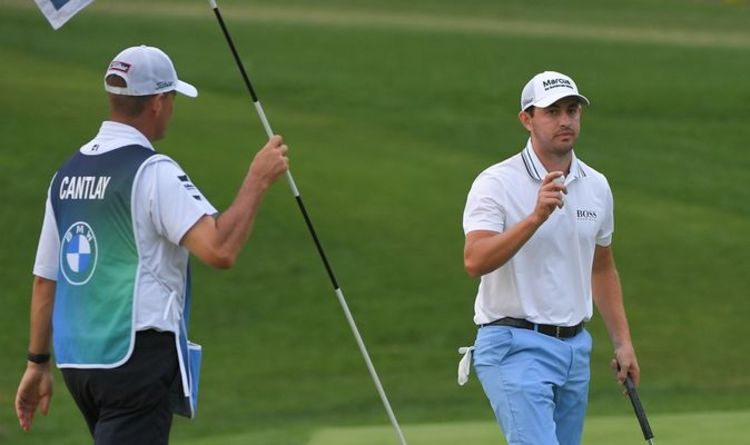 Patrick Cantlay revealed he ‘stayed in his own little world’ as he battled through an electric atmosphere at Caves Valley to win the BMW Championship via a dramatic six-hole play-off over Bryson DeChambeau.

After the pair were unable to be separated on 27-under-par for the tournament following a remarkable Sunday of Championship golf, Cantlay and DeChambeau headed back to the 18th tee to battle it out through a play-off which would go on to last an emphatic six holes.

The remarkable battle in Maryland understandably drew one of the most exhilarating atmospheres in recent golfing history as the galleries packed onto both the 17th and 18th holes to see the six-hole shootout unfold.

Vibrant galleries have become part and parcel of DeChambeau’s game in recent years, as it seems wherever the 27-year-old goes the crowds follow. However, for the calm and collected Cantlay it was a case of remaining cool when it mattered to secure his maiden FedEx Cup play-off win.

Describing how he persevered through the chaotic atmosphere the five-time Tour winner said: “It was the same as I have done all week, I tried to stay in my own little world. One of the reporters asked me earlier this week are we going to get to 30-under? I didn’t think so but it sure felt like it today.”

The 29-year-old would finally prevail on the sixth play-off hole after draining a superb 20-foot putt for birdie on the 18th green, before DeChambeau would miss his attempt from 12-feet to end one of the most dramatic battles in PGA Tour history.

JUST IN: Chelsea’s chances of signing Jules Kounde before transfer deadline as Sevilla up demands

As a result, the American admitted focus was key in rolling in his winning stroke, adding: “I’m just as focused as I can be. If I look the way I do that’s because I am locked in and focused  and I felt like that today.”

There is no doubt the galleries flooded out to Caves Valley on Sunday to catch a glimpse of the box office show DeChambeau usually cooks up during the final round of a Tour event.

However, as the battle unfolded it was clear to see Cantlay was also building up plenty of backing of his own, something he was thankful for following his 24-hole final round.

He added: “It is so nice to be back with fans and they were just so supportive all day, they have been supportive for the last four days.

“You know, the chants of ‘Patty’ or ‘Patty ice’ I’ve been hearing it all week and it’s fun, it’s great to have them back and they were awesome today.”

The world No 4 put in a mesmerising putting display on the way to his fifth PGA Tour title, sinking a number of clutch points throughout regulation play and during the sudden death shout out.

Therefore, Cantlay admitted it was nice to have one of his strengths back to its best, as he eyes up next week’s FedEx Cup finale at the Tour Championship.

He commented: “My game feels really good, it has done for a while since Memorial and I’m finally starting to putt like me again and it is really nice.”

The BMW Championship winner will head to East Lake next week as the man to catch, as he now leads the FedEx Cup standings, with DeChambeau just behind in second and Tony Finau in third.