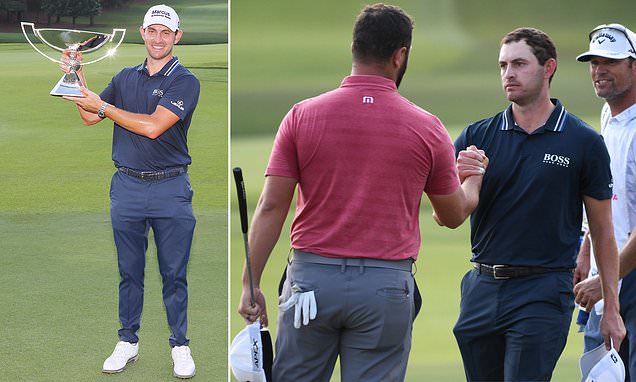 The ultimate money match went the way of Patrick Cantlay on Sunday night as the American followed up his heroics against Bryson DeChambeau the previous Sunday by beating world No 1 Jon Rahm to win the FedEx Cup and its first prize of $15million.

What a finish at East Lake, with just one shot between the pair playing the par five 18th. Both hit perfect drives. Rahm went first with a five iron and almost hit the flag with his approach shot.

Cantlay, with a six iron, struck his response to 11ft — the closest second shot to the flag all day. You’d have thought the difference between first and second place was ten cents, not $10 million. 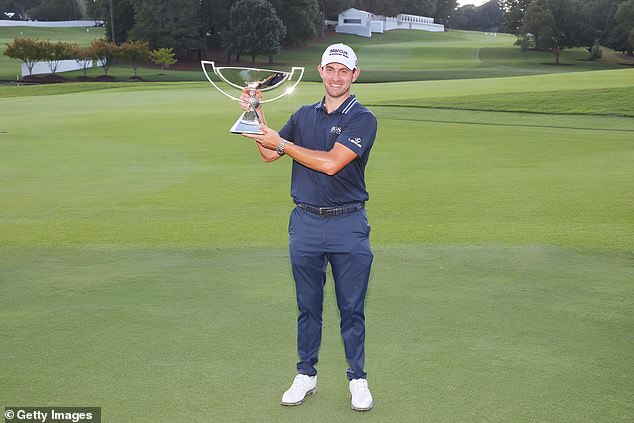 Rahm was unlucky that his shot ran through the green. His eagle attempt shaved the hole but did not drop and so Cantlay had two putts to win.

The 29-year-old, whose teenage years were dominated by tragedy as his best friend died in his arms following a hit and run, has become a superstar over eight life-changing days.

The final event of the PGA Tour season wasn’t all about the money. Not with the Ryder Cup in less than three weeks.

The good news for the US is that Patrick Reed has declared himself fit after 72 holes here and available for a captain’s wild card when Steve Stricker announces his six picks on Wednesday. 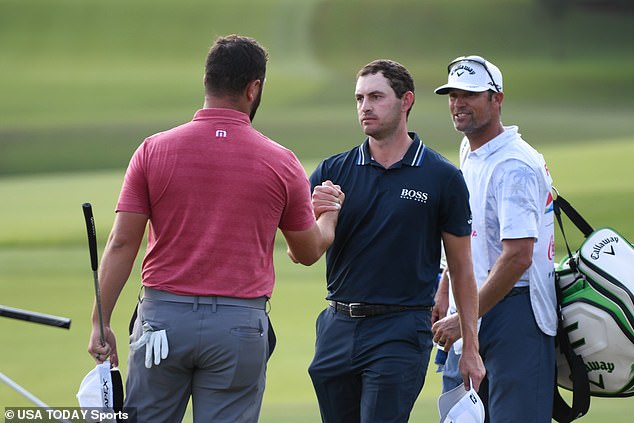 The American edged out World No 1 Jon Rahm (left) in a tight, gripping battle in Atlanta, USA

The bad is that injury prone Brooks Koepka is back in the wars with wrist trouble that, to the player, felt uncomfortably like a recurrence of the problem that kept him out of golf for four months and saw him miss the Masters in 2018.

It was sad to see Koepka gamely struggle on for two holes on Saturday but clearly in too much pain to continue after playing a shot from the rough and coming up against a hidden tree root.

One of the six Americans to qualify automatically for the Ryder Cup at Whistling Straits in three weeks, Koepka was due an X-ray on Sunday afternoon that might well determine his fate.

As for Reed, is it time to change his Captain America moniker to Lazarus? Less than three weeks ago he was wondering if he was going to survive a nasty bout of bilateral pneumonia. 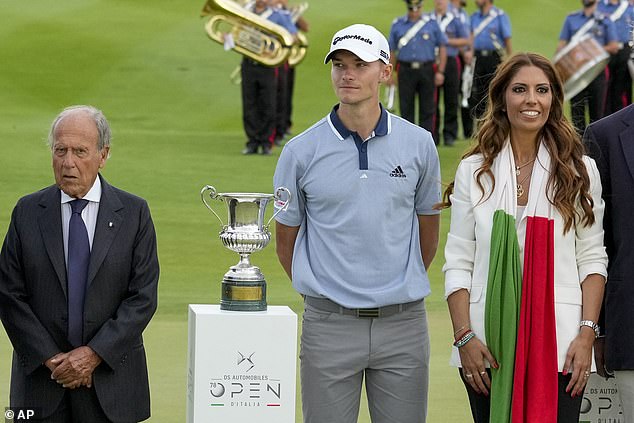 In his last round before the biennial match, Rory McIlroy shot a 67 to finish tied 14th, alongside Sergio Garcia — a decent week for the Spaniard, given he started in 28th place.

On the European Tour, Dane Nicolai Hojgaard, 20, won the Italian Open to follow the success of his identical twin Rasmus in the European Masters the previous week.

It’s the first time two brothers have won back to back titles on the European Tour, let alone twins. Tommy Fleetwood finished second for his first top-three finish in over a year. 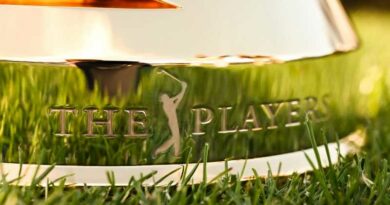 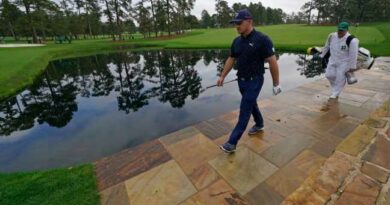 Jordan Spieth chasing Ryder Cup place, with or without spectators