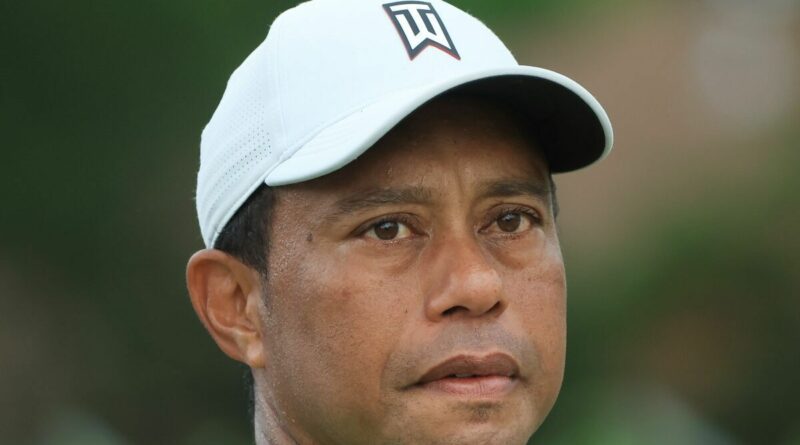 Will Zalatoris has taken a slender lead into day three of the PGA Championship after moving ahead of Northern Irishman Rory McIlroy. And with the pressure rising, we could be set for an intriguing weekend of golf. Here is everything to look out for on Saturday…

Tiger Woods compared himself to Humpty-Dumpty after showing all his fighting qualities to make the weekend at a Major for the 72nd time. 15 months on from the car crash that shattered his right leg Woods is playing in obvious pain but counting his blessings to be part of USPGA Championship moving day at Southern Hills today.

“Coming back here to a place that I’ve had success on to play against the best players in the world – that’s what we all want to be able to do – fortunately enough I’m able to somehow do it,” said Woods. “I’ve had a great PT (physical therapy) staff that have put Humpty-Dumpty back together.”

Rory McIlroy had a ringside seat over the first two rounds as one of his playing partners and could scarcely believe what Woods put himself through just for a share of 53rd place. “It was just unbelievable him making the cut at Augusta and making the cut here,” said McIlroy.  “He could have come back and played Honda and Valspar, two of the flattest courses on Tour. It might have been a bit easier for him. But he comes to two of the toughest walks that we have.

“He’s feeling it on every swing but he is just incredibly resilient and mentally tough. He’s the ultimate pro. Looking at him yesterday, if that would have been me, I would have been considering pulling out and just going home, but Tiger is different and he’s proved he’s different. It was just a monumental effort.”

Bubba Watson shrugged off his slice of history in equalling the lowest USPGA Championship round on Friday, claiming all he was doing was trying to avoid missing the cut. The left hander, who became the 18th player to shoot a 63 at the USPGA, cashed in on the benign evening conditions to move up 52 places to fourth – one ahead of first round leader Rory McIlroy.

“I was just trying to stay ahead of the cut line and every time I made a birdie I just kept saying: ‘That’s one more to the good,” said Watson. “When that wind died down, you just felt like you had a chance to score. I’m not saying it was easy by any means. I just hit some putts and hit some shots that helped me.”

Watson had a 25ft birdie putt at the last to equal the all-time Major record of 62 held by Brandon Grace but it just slid by.

The omens are good for leader Will Zalatoris. In the seven previous Majors held at Southern Hills the winner either led or held a share of the lead at the halfway mark.

The 25-year-old American is only in his eighth Major and has yet to win on the PGA Tour but does not lack for self-confidence. “Something Scottie Scheffler said the other day resonates a lot. What made him become a Major champion, he said, was belief,” said Zalatoris.

“History to me, is what it is, but I’m going to go out and do my job and hopefully it’s enough at the end.” A thoroughbred ball striker, Zalatoris needs his putting to hold up over the weekend if he is to close it out. It is viewed as his weak suit but his stats are the best in the field over the first two rounds. He has yet to miss from inside ten feet.

Matt Fitzpatrick’s comedian caddie Billy Foster is keeping things light with his man in contention. A mix-up between the two Yorkshiremen halfway through his second round led to Fitzpatrick arriving at the first tee without a ball.

As the tee is perched on an extremely steep slope and Fitzpatrick’s bag was at the foot of it, Foster had to traipse, Grand Old Duke of York-style, back and forth to fetch one for him. Foster chose to lie down and crawl up the hill with the ball, causing an unsuspecting PGA of America official to trip over him much to Fitzpatrick’s amusement.

The experienced Foster used to work for the demanding Seve Ballesteros who once complained that the apple his bagman had handed him was too soft. “I’m a caddie not a greengrocer Seve,” Foster shot back.

Sergio Garcia departed Southern Hills with some waspish words ringing in his ears about his impending switch to Greg Norman’s breakaway league – and some good-natured baiting from Jon Rahm.

Garcia stirred up controversy at the Wells Fargo Championship a fortnight ago when he told a PGA Tour rules official after a bust-up: ‘I can’t wait to leave this tour. A couple more weeks and I’ll be out of here’. He was regularly reminded of who will soon be paying the bills during a second round 74 which left him outside the cut line at seven over.

When his approach shot to the second green came up woefully short after being caught by a gust of wind one fan called out: ‘You won’t get wind like that in Saudi Sergio.’ And as he passed Rahm on the next fairway his fellow Spaniard playfully counted out a wad of imaginary dollars. 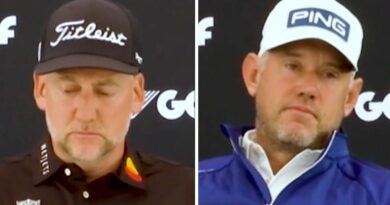 ‘Not even going to comment!’ Moment Ian Poulter and Lee Westwood REFUSE to answer reporter 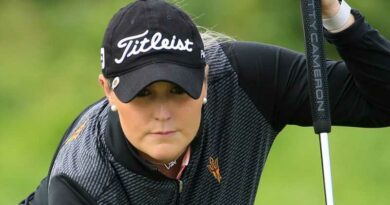