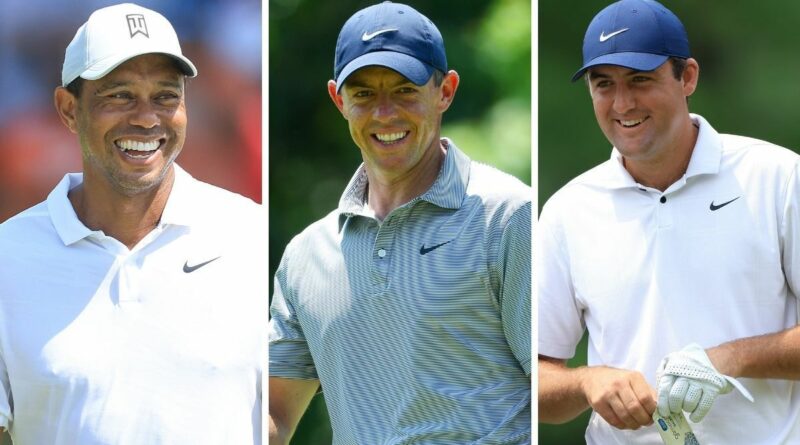 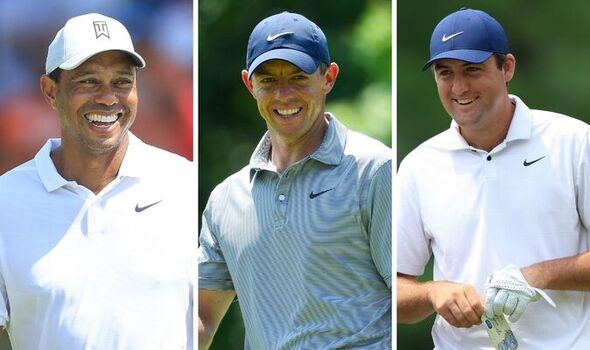 Scottie Scheffler’s incredible win at The Masters was only a short month ago, but golf takes centre stage once again this week as the PGA Championships get underway. The reigning Masters champion has only played once since his win at Augusta at the start of April.

But he will be battling with Tiger Woods as the main attraction this week as the 15-time major winner tees up 15 years after his last PGA Championship title at Southern Hills. The course has changed drastically since then with different hole layouts while it has also been lengthened.

Woods confirmed in his pre-tournament press conference that he won’t be playing “much going forward”, but admits that he does feel stronger than what he did at The Masters.

“Am I ever going to have full mobility? No. Never again,” Woods said on Sunday. “But I’ll be able to get stronger. It’s going to ache, but that’s the way it’s going to be.

“I’m excited about (this week). I’m not going to play that much going forward, so anytime I do play, it’s going to be fun to play and to compete. There are only so many money games you can play at home.”

Woods has been paired with Rory McIlroy and Jordan Spieth for the opening two rounds. But defending champion Phil Mickelson will be absent from this week after the PGA Championship confirmed ‘Lefty’ had withdrawn from the event.

Mickelson has suffered a fall from grace since his historic win at Kiawah Island, where he became the sport’s oldest major champion. But he began making headlines for all the wrong reasons following his association with the Saudi-backed golf league which was threatening to tear the PGA Tour apart.

Mickelson took a sabbatical following comments he made about the controversial breakaway league the human rights record in Saudi Arabia. And Bryson DeChambeau will also not be playing at the PGA Championship following his withdrawal late on Wednesday.

The 2020 US Open champion had surgery on his wrist last month and didn’t feel comfortable enough to compete this week. He said: After careful consideration, I have decided to WD from the @PGAChampionship.

“I want to make a full return when I am 100% ready to compete at golf’s highest level. Thank you all for the continued support!” 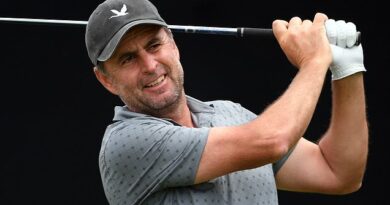 Richard Bland 48, stun the big guns by hitting the front with a 67