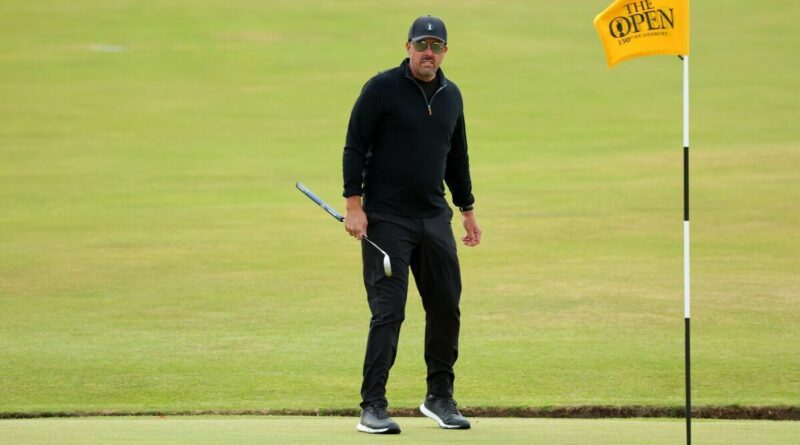 The Open for the Ages: Trailer shows golf’s greats at St Andrews

All is not well for the controversial LIV golfers competing at The Open. Those who defected to the Saudi-backed circuit are allowed to compete at St Andrews this week, provided they qualified for the final major of the year.

Those who snubbed the PGA and DP World Tours for a chance to compete in the LIV Golf Invitational Series were permitted to compete in the US Open in June. That’s despite numerous players being suspended by the respective tours.

But those 23 players in the field who have either played in a LIV event or committed to doing so in the future, are reportedly having a challenging time in Scotland. The tone was set when founder Greg Norman was sent a letter informing him not to come to Scotland for the 150th edition of the prestigious tournament.

According to Dan Rapaport of Golf Digest, when the press conference schedule was released, not a single player affiliated with LIV was on it. Even big names like Phil Mickelson and Louis Oosthuizen, former champions at The Open, and Dustin Johnson, Bryson DeChambeau and Brooks Koepka, were not given a slot.

JUST IN: The Open 2022: Why are Phil Mickelson and other LIV golfers allowed to play at St Andrews 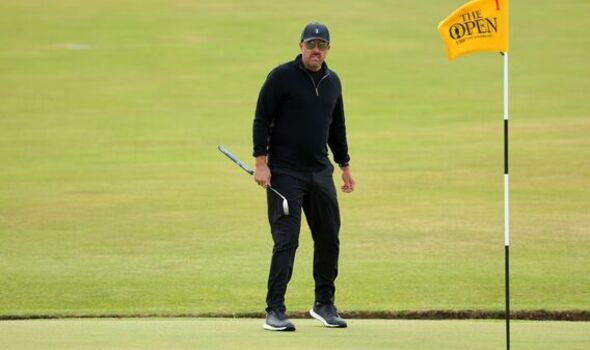 ]LIV Golfers haven’t received favourable opening round draws either. Mickelson, six-time major champion, will play his first two rounds alongside Lucas Herbert and Kurt Kitayama, the latter of whom only got into the field with a runner-up finish at the Genesis Scottish Open last week.

LIV golf star Abraham Ancer is playing with Emiliano Grillo (No. 128) and Yuto Katsurgawa (No. 128). Ahead of the tournament he commented on the treatment he has received since arriving at The Open.

“Personally, I haven’t felt any tension. Everyone has been really welcoming and nice to me. Obviously it’s a very sensitive topic right now, and everyone has their own opinion and views on it,” he said. 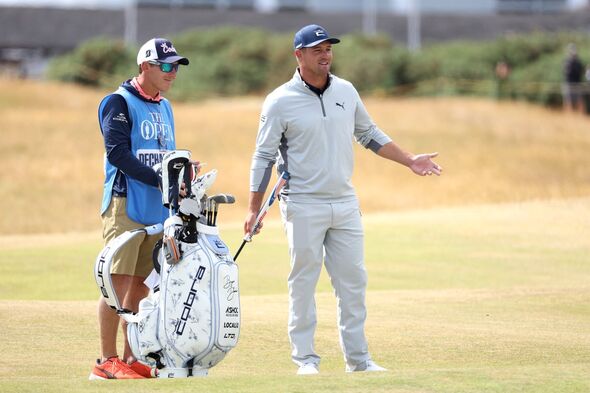 “I try to put my blinders on. I can’t control anything beside what I do. I block it out, do what’s best for my game, what’s best for my preparation. The game’s hard enough.” British star Ian Poulter was roundly booed after being introduced on the first tee for the opening round of The Open on Thursday morning. Poulter has faced plenty of backlash for his decision to join the controversial LIV Golf Series.

He was originally blocked from playing the Scottish Open earlier this month after LIV golfers were banned from playing by the DP World Tour. All DP World Tour members who competed in any of the two LIV Golf events thus far were also handed £100,000 fines.