The Match: Tiger Woods and Phil Mickelson joke at the tee

Phil Mickelson will pick up a £6 million bonus from the PGA Tour after coming out on top in the 2021 Player Impact Program, according to GolfChannel.com.

Aside from becoming the oldest man to win a major at the PGA Championship in May, Mickelson endured a below average season on the course in 2021 by his usual impressive standards.

However it is his work off the course that has earned him a cool £6 million bonus after reportedly topping the charts of the Tour’s newly introduced Impact Program.

Players are then ranked accordingly with the top 10 being rewarded with a financial bonus following the end of the calendar year, however the list is said to be kept confidential.

Despite not featuring on the Tour for over 13 months, many expected golf’s poster boy Tiger Woods to be the man who scooped the top prize due to his gargantuan appeal and reputation.

And the 15-time major champion’s tipping to take away the £6 million bonus grew even bigger, after it was revealed he was the second most googled sports person of 2021.

However it seems that Tiger’s longtime rival has pipped him to the PIP prize, as Mickelson took to Twitter to inform his 802,000 followers of his crowning.

The six-time major winner tweeted: “I’d like to thank all the crazies (and real supporters too) for…………………Helping me win the PiP!!

“To get the 2nd half of the money I have to add an event I haven’t played in awhile. See you in Kapalua.

One fan was quick to respond to Lefty’s claim, replying that Tiger was the man who would take top spot, tweeting: “In your dreams Phil! Tiger accomplishes that feat with 1 post.”

To which Mickelson confirmed that the golfing great actually came  in second, a position he has often found himself in behind Woods throughout his career.

He responded: “He [Woods] got 2nd. I can empathize with that”

Mickelson’s move to the top of the Program may come as a surprise on the surface, however the American has proved more than active on social media throughout 2021.

Ironically one of his most interacted posts surrounded his great rival Woods, after the 51-year-old’s tweet about Tiger’s return to golf landed over 42,000 likes.

“I know he can’t stand me holding a single record so I’m guessing HE wants to be the oldest to ever win a major. I’ll just say this. BRING IT!”

However it was one of his most recent posts that brought in arguably the biggest online traffic, as Lefty’s thoughts on the spread of COVID-19 variant of Omicron landed over 11,000 retweets, and an impressive 60,000 likes.

He posted: “Serious question since I’m not a dr. If omicron is contagious but not deadly(25,000 cases in Africa with no deaths) why try and control it?

“Why not let it go and let people get it and develop immunity? Especially for those who won’t get vaccinated? Pls no hate, I’m just curious.” 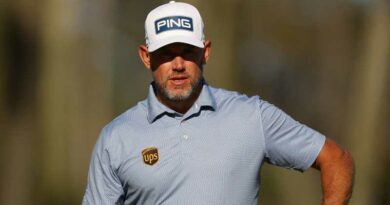