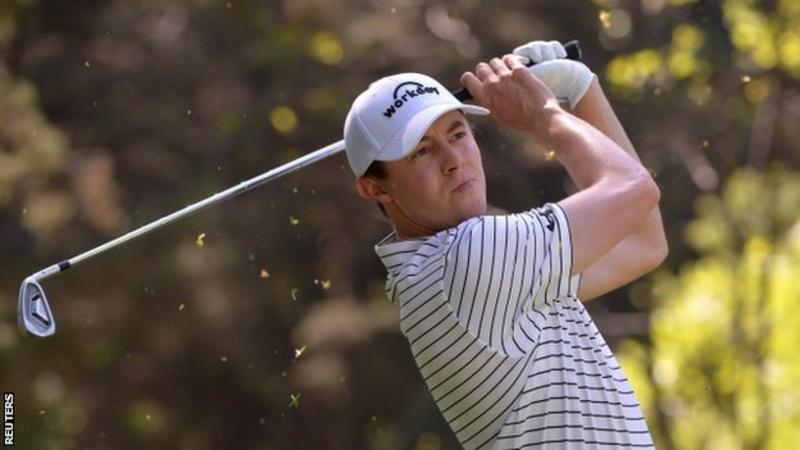 Tyrrell Hatton won at Bay Hill after Tommy Fleetwood came tantalisingly close a week earlier so, as we head into the third and most significant leg of the Florida swing, it is legitimate to wonder whether it can yield further English success.

It is asking an awful lot for any player to post successive wins on the PGA Tour, while Fleetwood has to bounce back from a rare missed cut at Bay Hill last week.

But another Englishman, Matthew Fitzpatrick, might be primed to pick up the baton here at the Players Championship. The Sheffield star was the only player to post a sub-70 round in the brutal conditions that prevailed at Arnie’s place last weekend.

Given his consistency throughout last year, it is reasonable to anticipate plenty of imminent success for the 25-year-old. Without adding to his six professional victories, Fitzpatrick posted four runner-up finishes among 11 top-10s in 2019.

All that has been missing is a win, and this year began in similar fashion when he came second in January’s Abu Dhabi Championship. Last Sunday’s superb 69, which included a double bogey at the 17th, suggests he might be hitting form at just the right time.

Ask him what his priorities are for 2020 and he will tell you straight: “The majors.” That was his response when asked if a return to Europe’s Ryder Cup team is his primary objective.

Well, the Players is not a major but it is the closest thing, and Fitzpatrick has a game to prosper around the tricky, treacherous 7,189-yard Sawgrass Stadium Course.

This is his fifth visit and while a best finish of tied 41st does not inspire huge confidence, a breakdown of the necessary attributes for this week suggests this could be the week where he contends.

When he is on form, Fitzpatrick’s iron play is among the best in the world and he possesses a sure touch on and around the greens. Whoever wins this week will have been particularly proficient in those areas.

But the Players is a notoriously difficult tournament to predict. No-one has successfully defended this title, indeed no reigning champion has made it into the top 10 since Adam Scott in 2005.

That does not bode well for Rory McIlroy, who won so thrillingly 12 months ago. The Northern Irishman is still waiting for his first win of the year but his form has been remarkably consistent.

McIlroy was third in Los Angeles in his opening event of 2020 and has finished fifth in all three of his subsequent appearances.

The challenge now is to harness this relentless excellence and become more than merely a guaranteed source of a place payout. It was the same 12 months ago when he also came through a string of near misses in the run-up to this event.

“There are a lot of similarities between this year and last year,” he told BBC Sport.

“The thing that I can take from it the most is that I know my game is there. I’m putting myself in these positions week in, week out, even when I don’t feel that I’ve got my best stuff, which probably wasn’t the case a few years ago.

“So to be as consistent as I am is great, but I need to try to start making these top fives, in-contentions and mediocre Sundays into something more, and there is no better week to start than this week.”

As ever it is a stacked field for the PGA Tour’s flagship event, despite the absence of injured Masters champion Tiger Woods.

It is too early to determine what sort of player is most likely to succeed in March conditions on what is a very green, overseeded course. McIlroy edged it last year but the chasing pack were an eclectic bunch.

The veteran Jim Furyk was only a stroke behind with Eddie Pepperell and Jhonattan Vegas sharing third place. Of the biggest current names, only Fleetwood, Dustin Johnson, Justin Rose and Hideki Matsuyama finished in the top 11.

It is that kind of place, idiosyncratic and unpredictable. “It is such a cliche here, but it really doesn’t suit any one style of play or any one type of player,” McIlroy said.

The defending champion and Sandy Lyle are the only UK winners of the Players.

All predictions require a slew of caveats, but the form of Hatton, Fleetwood and maybe Fitzpatrick suggest this could be the year for England to break its duck. 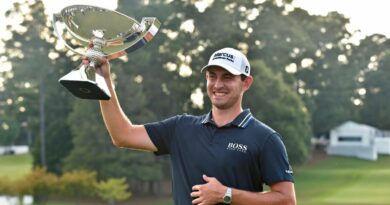