Home » Golf » Presidents Cup: US dominate the singles to beat the International team 16-14 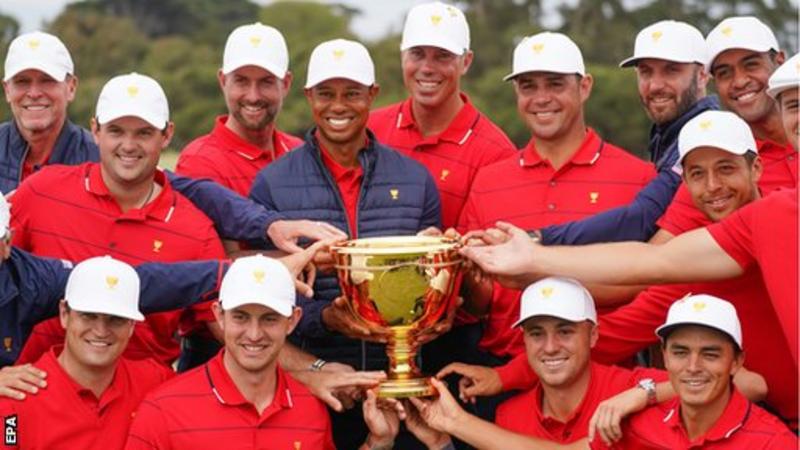 Tiger Woods’ US team dominated Sunday’s singles as they beat the International team 16-14 in Melbourne to win an eighth successive Presidents Cup.

The visitors had trailed 10-8 going into the final day, but Woods led by example as he beat Abraham Ancer 3&2 in the first match.

Patrick Reed, whose caddie was banned after “shoving” a spectator on Saturday, beat Taiwan’s CT Pan 4&2.

The US won eight of the 12 points with Matt Kuchar sealing victory.

“We did it together,” said Woods, who recorded a 27th win in the tournament, beating Phil Mickelson’s record of 26. “We came here as a team. My team mates and my boys all played well, the captains did an amazing job.

“It’s been one of the more amazing challenges but all the guys, they believed in one another and relied on one another.”

It is the US’ 11th win in the 13th edition of the biennial tournament, with one draw.

“We were right there to the end, just a couple of matches didn’t quite go our way,” said International captain Ernie Els.

“We’re getting closer. We’ve just got to keep it up.”