Australian golfer Adam Scott says he feels good about where his game is at and is ready to make a run at the top of world golf’s rankings ahead of Thursday’s start to the Australian Open.

The 42-year-old, who won the national championship in 2009, admitted he had struggled to find his best golf through a COVID-interrupted few years on the US PGA Tour, but was better prepared to climb up the rankings with certainty in the calendar for 2023. 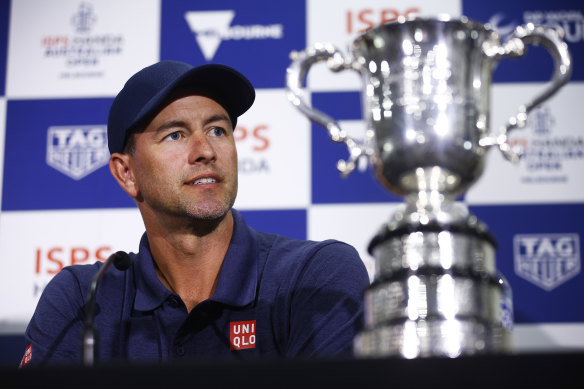 Adam Scott will tee off in the Australian Open on Thursday.Credit:Getty Images

Scott sits 36th, but was as high as seventh in February 2020 following his win in the Genesis Invitational before gradually slipping to 21st by the end of that year, and 46th by the end of 2021.

But the 2013 Masters champion believes his game still stacks up, and he’s confident he has his game in place to impact once again, starting Thursday morning at Kingston Heath when he tees off with Cameron Davis and amateur Harrison Crowe.

“I generally feel good about where my game is,” Scott said.

“It wasn’t amazing last week [at the Australian PGA Championship], but it might have been the week I needed to warm up to have a crack at this one.

“The way I’ve set myself up, a few changes here and there, I think it’s looking like a lot of fun for me to play golf next year. But I’d love to be going in there with another trophy, for sure.”

Scott said he was planning to work his routine around next year’s majors, which would give him the best chance of competing at the highest level.

“I’ve always got a focus on the major championships so having a schedule pretty well set is a nice thing,” he said.

“I can plan around that very well, with travel, with practice, the whole bit. Fortunately – especially coming out of these COVID years, they didn’t work so well for me on the tour, I didn’t perform very well – I’ve taken my game this year back up to where it’s ready to compete at the top level in the big events.

“That’s exciting for me because I’m getting a little bit older. How many years [my form will remain] at the top level, I don’t know, but I’m there this year, and I’m looking forward to that.”

This weekend’s Australian Open, in which men and women will play alongside each other, will be held at Victoria Golf Club and Kingston Heath over the first two days, before Victoria hosts Saturday and Sunday.

Scott, Lucas Herbert and Hannah Green are among the morning tee times at Kingston Heath on Thursday, while Cam Smith, Minjee and Minwoo Lee and Marc Leishman will tee off just after midday at Victoria.

Leishman hoped his knowledge of Melbourne’s Sandbelt held him in good stead for this weekend, after taking part in the pro-am on Wednesday morning.

“I think if you could have one shot around here it would be good iron play,” Leishman said.

“I think short game’s also very important because the bunkers are definitely a hazard here, which is what you want, they should be. So, if you are hitting yourself into trouble, your bunker play has to be really good.”

Leishman said if it did get windy over the weekend, those with knowledge of Victoria would be most advantaged.

“I think we’ll have a completely different golf course Saturday, so I think it’s important to put yourself into a good position,” he said.

“Obviously make sure you’re playing Saturday firstly. But then I think experience could come in when that northerly comes up.” 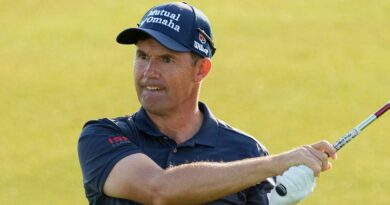 US Open: Padraig Harrington and Rickie Fowler miss out in Final Qualifying for Torrey Pines 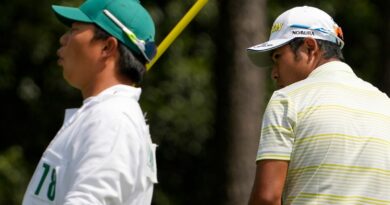