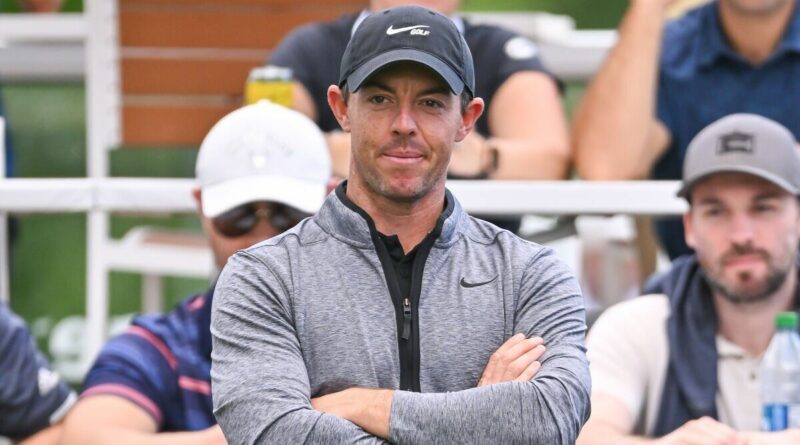 Rory McIlroy has firmly backed the PGA Tour banning all members who teed up at the Saudi-backed LIV Golf Invitational. Fellow UK golf star Ian Poulter has pledged to appeal the decision and will consider legal action – backed by Saudi money.

Golf is hurtling towards a court showdown after PGA commissioner Jay Monahan suspended 17 players for teeing in the $2bn breakaway league without permission. The decision came minutes after the start of the $25m event in Hertfordshire. The LIV Group, which has promised to pay all fines and legal fees of its players, hit back by branding the American tour “vindictive”.

In a letter to PGA Tour members, Monahan wrote.”These players have made their choice for their own financial-based reasons”.

And speaking at the RBC Canadian Open, world No.8 McIlroy said: “”All he (Monahan) is doing is basically going by the book. I think that the majority of the membership that are here this week and that haven’t gone and played elsewhere really appreciate that. So I think he’s done the right thing because these guys have broken rules and done things outside of the tournament regulations, and because of that, there are going to be consequences.”

US PGA winner Justin Thomas added: “I’m pleased. They took that risk going into it, whether they thought it was a risk or not .I have great belief and great confidence in the PGA TOUR and those guys just aren’t going to be a part of it.”

Ten of the players named, including Lee Westwood, Sergio Garcia and Dustin Johnson, have already resigned from the PGA Tour but will still be forbidden from getting sponsor’s invites.

Ryder Cup legend Poulter, who had retained his membership, said: “I don’t feel like I’ve done anything wrong. I’ve played a lot of tournaments all around the world, this event is no different.

I will appeal for sure. It makes no sense. Having two Tour cards and the ability to play golf all over the world, what’s wrong with that?

“As for a legal challenge I’m sure we’ll sit down and evaluate the process and work out what is the right. Of course it’s sad. It would be incredibly disappointing if it turns out that way.”

The Masters: Jason Day feels ‘blessed’ as he defies the pain 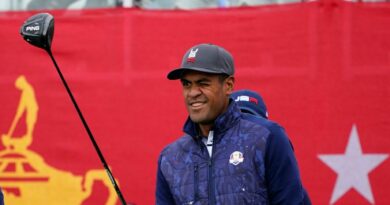 Finau: No scar tissue will be difference for U.S.