Rory McIlroy ended an 18-month victory drought in spectacular style on Sunday night with success in the Wells Fargo Championship in North Carolina.

The 32-year-old survived a scare on the 18th with a final round 68 for a one-stroke victory that represented an emphatic response to his woes at recent tournaments, including the Masters last month, where he comfortably missed the cut.

Crisis? What crisis? The scene of McIlroy’s first success in America a decade ago, this was his third victory in the event, and his 19th on the PGA Tour in all. 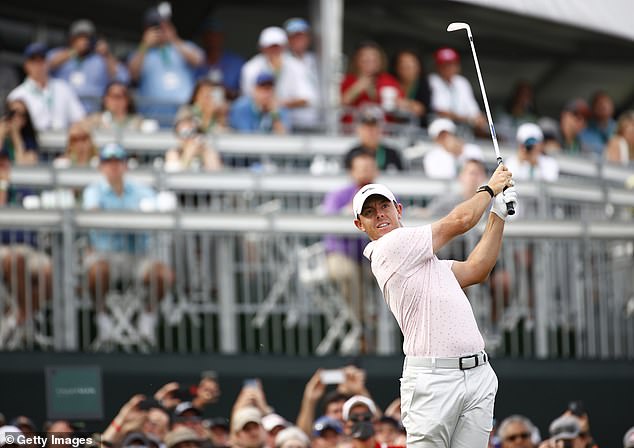 That ties him with the likes of Tom Kite and Ernie Els on the all-time list, with perhaps many of his best years still to come.

How do you explain this game to a newcomer? McIlroy was so out of form he hadn’t played at the weekend for 60 days, let alone win. Third-round leader, American Keith Mitchell shot a final round 81 at the Valspar Championship the previous Sunday, including an horrific 42 putts.

Mitchell began with a birdie but McIlroy struck back with birdies of his own at the third and seventh, where he holed a wonderful 20ft putt. Two Mitchell mistakes allowed the Northern Irishman to nudge a shot ahead but he was soon joined in the lead by another American, Gary Woodland.

Like McIlroy, he was looking to end a long winning drought stretching back to his sole major win at the 2019 US Open. 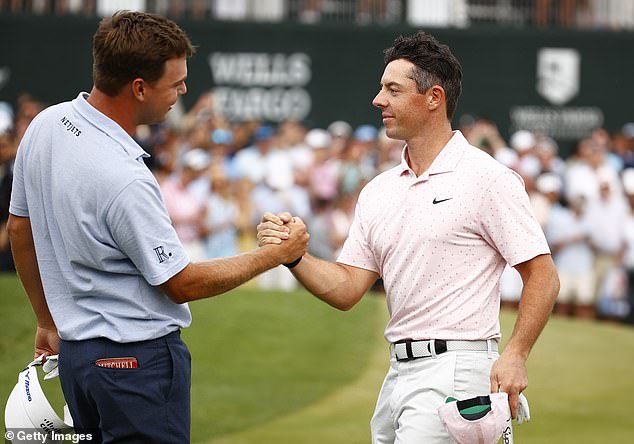 Woodland faded to be replaced by Mexican Abraham Ancer, who posted a challenging target of nine under following a 66 as McIlroy headed into the ‘green mile,’ the notorious final three holes.

McIlroy proved up to the task to end all the angst and give himself the perfect tonic heading into the USPGA Championship at Kiawah Island next week – the venue where he won that major by a record eight shots in 2012. Englishman Matt Wallace shot 70 to finish tied sixth.

The 48th Walker Cup at Seminole in Florida might have begun on Saturday with both teams afflicted by a stomach virus but it ended in glorious rude health.

What an enthralling contest it proved to be as a Britain and Ireland team who began as heavy underdogs trailed the Americans by just a point going into the final series of 10 singles matches. 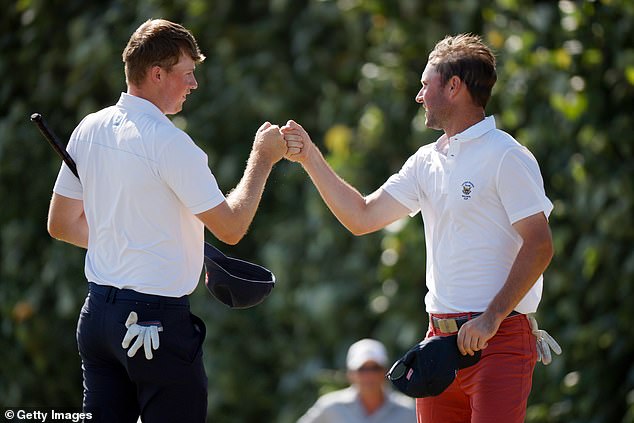 Elsewhere, Mark Power of Team Great Britain is performing well in the Walker Cup in Florida

Earlier, Irish pair Mark Power and John Murphy claimed their second foursomes point of the weekend by defeating two opponents ranked in the top four in the amateur world rankings.

English duo Jack Dyer and Matty Lamb romped to a 6&5 victory in the only foursomes game all weekend that didn’t go to the 18th.

Then came the big bonus, as Englishmen Ben Schmidt, just 18, and Angus Flanagan, 21, came back from four down after eight to snatch a precious half at the 18th to set up the final series perfectly.

At the Canary Island Championship there was more evidence that South African golf has unearthed a budding superstar, as Garrick Higgo, 21, lapped the field to claim his second title in three weeks.