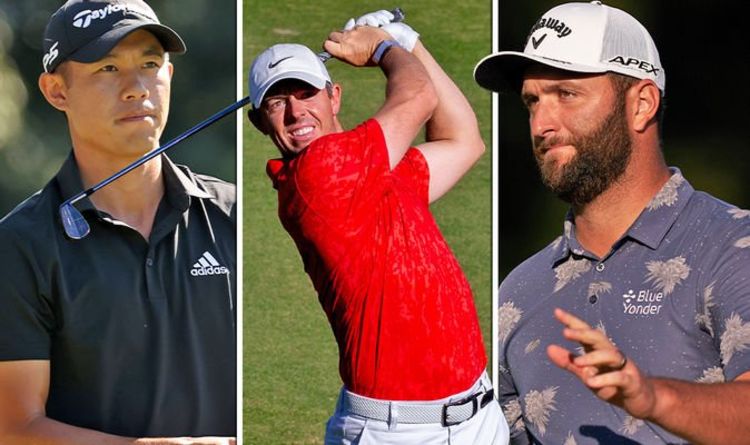 Following the European Tour’s history-making decision to rebrand to the DP World Tour for the 2022 season, some of the event’s most recognised players have offered their backing of the change.

In a press conference in the United Arab Emirates this morning, European Tour Group Chief Executive Keith Pelley announced the Tour will be partnering with DP World to expand the event globally.

The Dubai-based multinational logistics company has shared a partnership with the Tour since 2009, and took on the naming rights of the season finale event at the Earth Course in 2012.

Their newlook partnership now sees them take the branding name of the Tour, with a game-changing investment set to take prize funds for the season to over £147 million.

Following the announcement, some of golf’s biggest names were seen giving their support to the rebrand, no more so than four-time major win and two-time Race to Dubai champion Rory McIlroy.

McIlroy thanked the Tour’s new sponsor and said: “As a former winner of the DP World Tour Championship, I’d like to thank DP World for their continued support of the European Tour.

“Today’s announcement with DP World and the European Tour further strengthens golf’s ecosystem and is great news for global golf so thank you very much.”

As well as McIlroy, world No 1 and 2019 Race to Dubai winner Jon Rahm also spoke positively of the rebranding, as he made an appearance at the landmark announcement via a video message.

Rahm echoed the Northern Irishman’s thanks, commenting: “You know I just want to say thank you.

“As a European Tour member, and somebody who really cares about this tour and the game of golf itself, having a great partner like DP World truly represent us and support us is major, right?”

A key component for the change according to CEO Pelley was that the Tour now represented golf on a global scale, not just in Europe, and implementing ‘World’ into the name now ‘better reflects their global reach’.

As a result, Rahm more than agreed with this idea, and now believes the Tour’s new branding better represents their worldwide event.

He continued: “Sometimes the name European Tour can be misleading because it is truly a world tour. You are playing in almost 30 countries every year, many events worldwide and I think having a partner like DP World is worthy of the name.”

One man who is relatively new to the European Tour scene is Open champion Collin Morikawa, who heads into the final two weeks of the season as the man at the top of the Race to Dubai standings.

The American starlet also spoke of his excitement surrounding the rebrand, as well as making the trip to the Earth Course next week in hunt of a maiden Race to Dubai title.

Morikawa said: “What an honour it is to be here at this special announcement. The European Tour to me over the past two years has meant a lot, and I look forward to giving myself a chance to win the title at the 2021 DP World Tour Championship.

“As the season comes to an end, I look forward to bigger tournaments, and better fields on the DP World Tour. See you guys out there.”

One of the Tour’s pioneer players over the last few years Tommy Fleetwood featured live at the announcement, as he looks to set himself up nicely for next week’s finale by competing at the Dubai Championship.

Live from the press conference, the 2017 Race to Dubai champion said: “I think first and foremost sat here as players we are very grateful for these opportunities that are coming.

“I think hearing the stability and the excitement of the future – hearing people talk about – is something that is very very cool… I think it is an amazing moment in our sport really.” 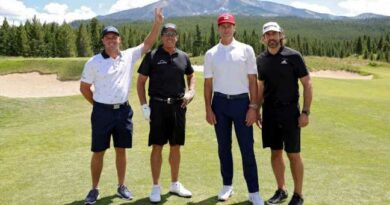