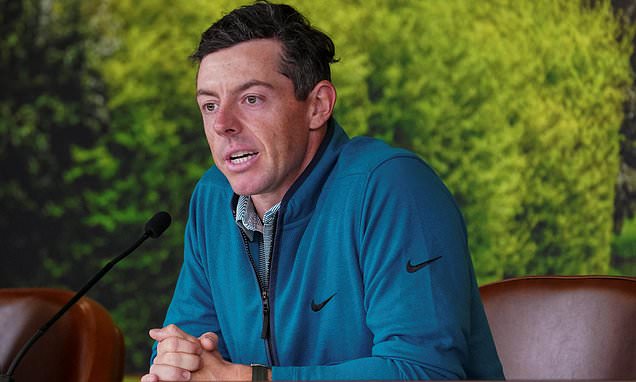 Rory McIlroy says he’ll ‘ditch the hero shots’ to tame Augusta… so can golf’s golden boy finally blow away the demons and complete the grand slam of majors?

Rory McIlroy is braced for a fight, not only against history but himself.

If he is to succeed this week in becoming only the sixth player to have won all of golf’s majors, he believes he must first silence his inner lust for adventure on the course.

Ever the eloquent talker, that was his stated aim yesterday as he set out a strategy for conservatism and unspectacular progress ahead of his 14th crack at the Masters.

Easier said than done, of course, and nothing in recent years has proved simple with McIlroy, whose undulating relationship with the hills of Augusta, and indeed his wider game, can best be seen by his past four Masters results — fifth in 2018, tied 21st in 2019, a missed cut in 2021 with a confused swing, and fifth in 2020. 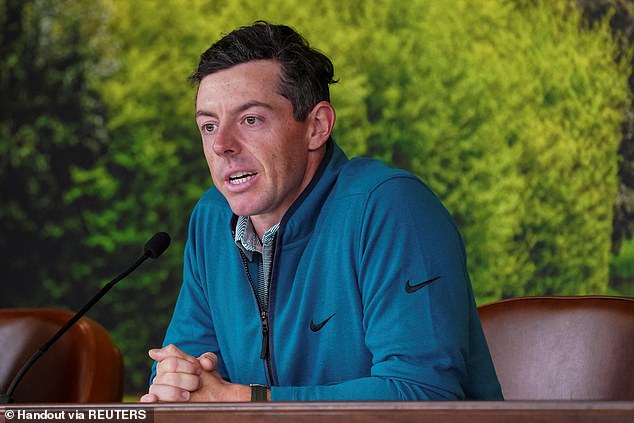 He can play the course superbly, but crossing the line has eluded him and the lessons of his near miss in 2018, when he was over-exuberant in his final-round chase of Patrick Reed, seem to have conditioned an epiphany on how to change his fortunes.

Namely, one of golf’s great flag-hunters feels he must curb his instincts on a course known for pummelling the brave.

‘You see the highlights of people hitting heroic golf shots around here, but that’s just one golf shot,’ he said. 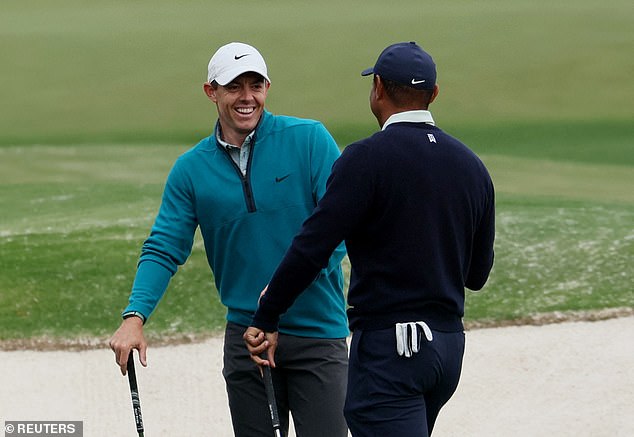 ‘The rest of the time, they’re being patient and disciplined, and that’s what wins you green jackets.

‘It feels like a very negative way to think, but it’s the way to play this place. You don’t have to do anything spectacular.

‘I played with Dustin Johnson in the first two rounds when he won here in 2020. I think he was 12-under after two days, and I got off the course and I wasn’t in awe of the way he played.

‘He just did the right things and put it in the right spots. He basically did everything that this course asks of you.

‘It’s as much a chess game as anything else. It feels like playing very negatively, playing away from trouble, not firing at flagsticks.

‘On Sunday, if you need to take risks, you take risks, but for the first 54 holes, you just have to stay disciplined. That goes against my nature a little bit, so it is something I have to really work hard on.’

The concern with McIlroy, as ever, is whether he is blowing hot or cold at the important moment, so there were few good signs when he missed the cut in Texas last week, albeit on a vastly different set-up from Augusta.

It was the first time since 2014 — the last year he won a major, as he needs no reminding — that he has played the week before the Masters, but he found a positive spin.

‘It was beneficial,’ he said.

‘You always learn more from times where you don’t play so well. If there’s a cut to miss, it wasn’t a bad one to miss.

‘I got home, did two really good days of practice and felt a lot better about where things were heading up here on Sunday evening.’

Meanwhile, Jon Rahm will tee off as favourite tomorrow — but with no great help from Tiger Woods.

He said: ‘There’s only one man in this field who hears advice from Tiger because I get nothing. So you might need to ask Justin Thomas.

‘I remember asking Tiger at East Lake the year he won the 2018 Tour Championship, “Hey man, any putting tips for Bermuda?” He said, “It’s all about feel”, and just kept going.’ 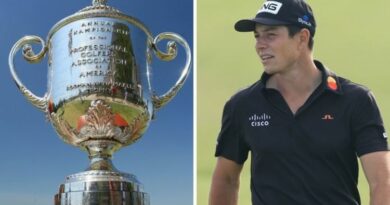