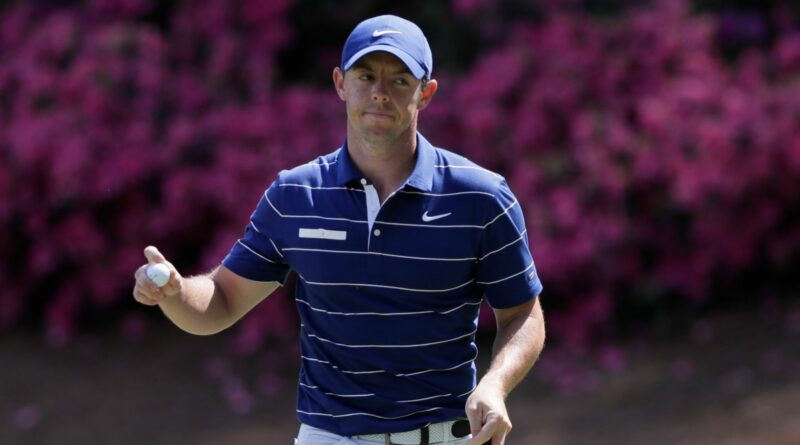 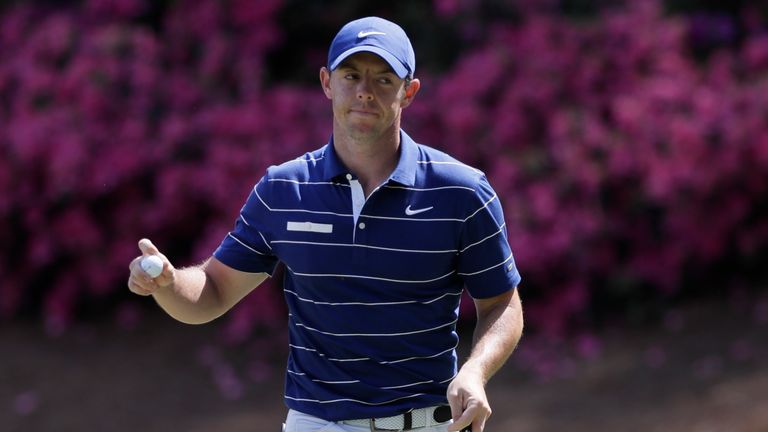 With two PGA Championship victories and one win apiece in the US Open and Open Championship, Rory McIlroy needs only a Masters triumph to complete a career Grand Slam at the majors.

However, claiming that elusive victory has proved easier said than done since his final-round collapse in 2011 cost him a golden chance of winning the Green Jacket.

McIlroy’s successes in the other majors, the last of which came seven years ago, have seemingly increased the pressure on him every year he arrives at Augusta National, so how has he fared at the famous venue since 2011… After his near-miss the previous year, McIlroy – along with Tiger Woods – was the pre-tournament favourite in 2012 and was well-placed at halfway in a share of third place, one shot off the lead on four under after rounds of 71 and 69.

But the wheels came off once again in the third round as he started with a double-bogey and added another at the seventh, playing the front nine in six-over 42 on his way to a 77 as he dropped out of contention. 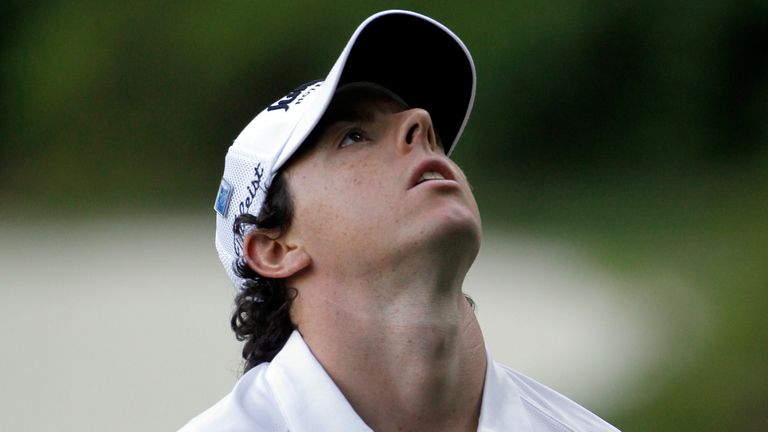 Birdies on two of the final four holes on the Sunday salvaged a 76 but he still ended up tied for 40th place on five over, 15 shots behind winner Bubba Watson.

“Just came out on Saturday and really just didn’t have it that front nine, and that sort of killed me for the rest of the tournament,” McIlroy said. “But I’ll come back next year and try my best again.”

McIlroy arrived at Augusta National after a confidence-boosting second place at the Texas Open in 2013 and made another decent start with scores of 72 and 70 leaving him four off the lead after 36 holes.

The third round proved to be too tough a barrier for him once again, though, with a disastrous 79 wrecking his chances of victory, finding water twice as he recorded sevens at both the par-four 11th and par-five 15th. 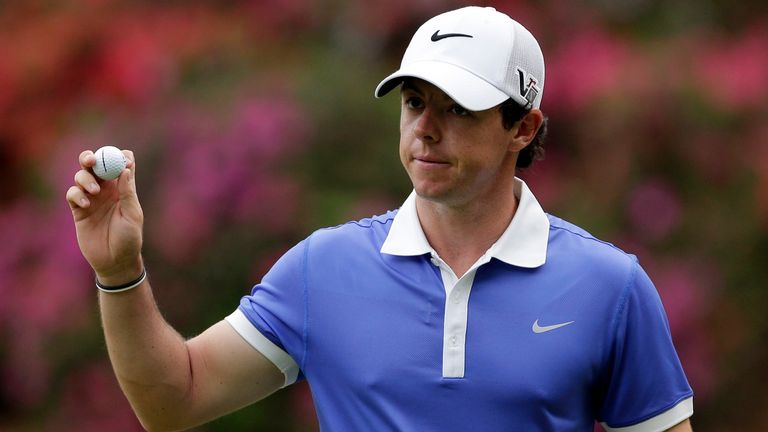 A three-under 69 in the final round elevated him into a share of 25th place on two over but that was still 11 shots behind the winner Adam Scott who defeated Angel Cabrera in a play-off.

“I’ve shot good enough scores around here, I just haven’t put them all together in four rounds,” McIlroy said. “So when I’m able to do that, I hope that I’ll go close. It’s just the way Augusta is, and I think you have to embrace it and accept that’s what it’s going to be like sometimes.”

McIlroy would go on to claim two major victories in 2014 and he started his major campaign that year with his first top-10 finish at Augusta National.

However, despite his lofty final position, he never really threatened the top of the leaderboard and only just made the cut after carding a five-over 77 in the second round – the fourth consecutive year he had shot a 77 or worse on the course.

As a result of that McIlroy had to partner Augusta National member Jeff Knox in the third round, with amateur Knox actually outscoring him 71 to 70. 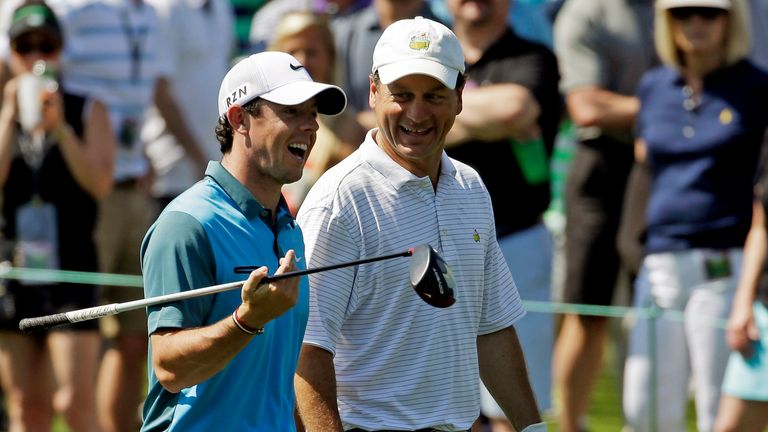 He shrugged that ‘defeat’ off, though, with another three-under 69 in testing conditions in the final round to finish tied for eighth on level par, eight behind Watson as the left-hander donned his second green jacket.

The spotlight was firmly on McIlroy in 2015 as he made his first attempt to win the career Grand Slam, looking for a major hat-trick after his 2014 wins at The Open and PGA Championship.

He was again a little slow out of the blocks with back-to-back 71s, the second of them seeing him come home in five-under 31 after he flirted with missing the cut.

That left him 12 shots off the halfway lead and despite shooting scores of 68 and 66 over the weekend he still ended up six behind emphatic winner Jordan Spieth. 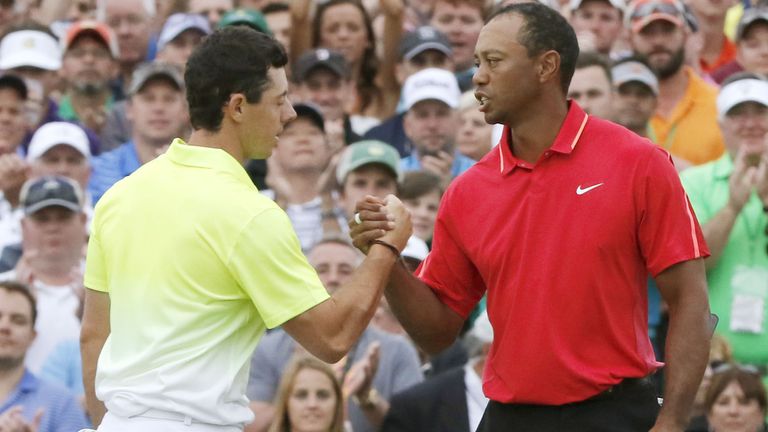 “I can take a lot of positives from it,” McIlroy said. “I did a lot of things I wanted to do well. I played the par-fives well. Just left myself too much to do after 27 holes of this golf tournament.”

Those were definitely bullish comments after finishing fourth, but that still remains his best finish at Augusta National so far.

That confident approach appeared to be paying off in 2016 with solid rounds of 70 and 71 putting him just one behind the pace-setting Spieth at the halfway stage.

The star duo were paired together in the third round, but McIlroy was unable to keep in touch with the American as he failed to make a birdie in a five-over 77 which dropped him to 11th and five shots off the pace. The final round produced a real mixed bag as he combined seven birdies with six bogeys in a 71 to finish tied for 10th on one over, as England’s Danny Willett produced the required Sunday charge to claim a surprise three-shot victory.

“I just didn’t play the golf I needed to when it really mattered,” McIlroy said.

McIlroy was ready to press the reset button following his performance at Augusta National in 2017 after an errant driving display left him playing catch-up once again.

Rounds of 72, 73 and 71 kept him off the pace through the first 54 holes before another three-under 69 in the final round lifted him into a share of seventh place on three under.

However, that was six shots behind fellow European duo Sergio Garcia and Justin Rose, with the Spaniard claiming his first major victory at the first play-off hole. “I need to change my golf ball. That’s a big thing,” said McIlroy. “I thought my golf ball this week was doing weird things in the wind. It was very inconsistent so there’s one thing I will change and try to work on the next few weeks.

A decent start in 2018 with rounds of 69 and 71 put McIlroy alongside Spieth in fourth place at halfway, five behind the pace-setting Patrick Reed.

Saturday is ‘Moving Day’ at Augusta National and this time there was plenty of forward, rather than backward, momentum for the Northern Irishman in the third round with three birdies over a four-hole stretch and a chip-in eagle at the par-five eighth lifting him into a share of the lead with Reed.

The charge stalled a little on the back nine as Reed pulled clear again but a bogey-free, seven-under 65 put McIlroy firmly in contention in second place on 11 under and three behind the American going into the final round.

The Sunday provided plenty of drama with some excellent scoring but unfortunately for McIlroy he was one man who failed to fire as a two-over 74 saw him drop back into a tie for fifth place, six behind Reed as he held off a charging Rickie Fowler and Spieth for his first major win. “I just didn’t quite have it,” said McIlroy after another Grand Slam chance had slipped through his grasp.

“I’ll sit down and reflect over the next few days and see what I could have potentially done better. Just wasn’t quite as trusting as I was in the first few days. That made a big difference.”

McIlroy was in good form heading into the 2019 tournament after finishing in the top 10 in his previous seven PGA Tour events, including a victory in the ‘fifth major’, The Players Championship.

However, he could only finish tied for 21st on five under, eight behind Tiger Woods as he secured a memorable victory. McIlroy twice made back-to-back bogeys on his way to a 73 in the opening round and then followed two 71s with his best score of the week, a 68 in the final round, as he failed to make an impact on the leaderboard.

“I probably made just as many birdies as the leaders this week, I just made a few too many mistakes,” he said.

“I need to get it in position off the tees around here. If you start hitting it into that first cut or the pine straw it makes it very difficult to get close. My driving accuracy just wasn’t where it needed to be.”

The first round in the pandemic-delayed 2020 tournament was disrupted by bad weather in November with McIlroy resuming on the back nine on Friday morning, which he covered in a disappointing 39 blows for an opening 75.

He recovered with an impressive 66 to safely make the cut but admitted he had “zero thoughts” about winning despite a third-round 67 as he remained well behind the pace-setting Dustin Johnson. 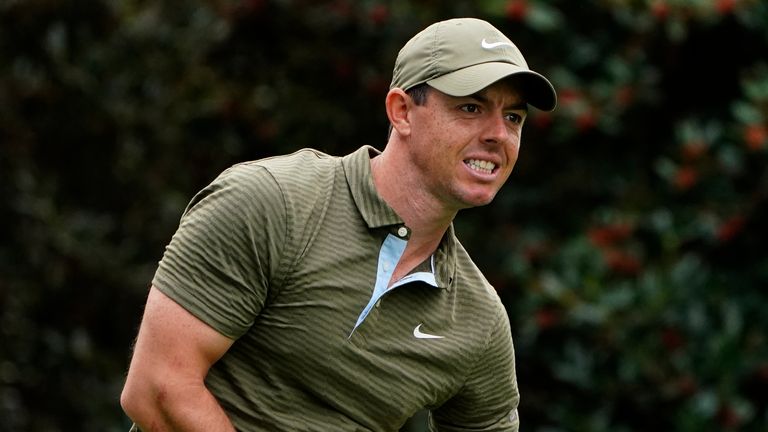 A closing 69 eventually left him in a tie for fifth, nine behind the runaway winner Johnson.

“My iron play hasn’t been great since coming back from the lockdown,” said McIlroy afterwards. “It goes right through the bag. It goes from wedges all the way through to the long irons. I had two five-irons from the fairway on 10 and 11 today, for example, and just didn’t hit great shots.

“There’s always stuff to work on, but definitely something to work on going into the off season that we have here, and try to come out a little better in 2021.”

So far in 2021, there is not much sign of that “little better” form, but will McIlroy’s big moment and a career Grand Slam finally arrive at Augusta National this week?

Watch The Masters exclusively live on Sky Sports’ dedicated channel – Sky Sports The Masters. Live coverage from the opening round begins on Thursday from 2pm.

Tiger Woods says he was ‘exhausted’ by end of 2018 season, reveals first ace in 20 years