Home » Golf » Rose&apos;s old caddie on road to recovery with Molinari at the Riviera

The walk from the 18th green to the Riviera clubhouse involves negotiating a formidable incline for a man in good health, let alone one recovering from a serious heart condition carrying a bag weighing more than 50lb.

Thankfully, Mark Fulcher — known to all and sundry as Fooch — reached the top with a broad smile, despite the fact his employer, Francesco Molinari, had just missed the cut. ‘It just feels so good to be back,’ he said.

Fooch has had a gilded career caddying first on the women’s tour for the likes of Laura Davies and Alison Nicholas, before teaming up with Justin Rose in 2008. Over the following decade, the two Englishmen became like brothers as Rose established himself as one of the world’s best. 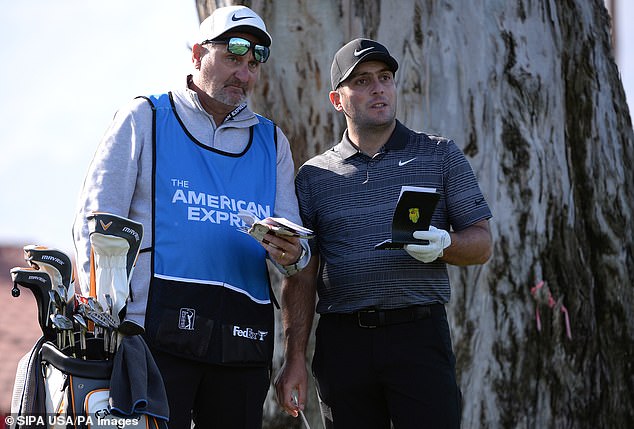 ‘It was certainly motivating to me to see Cam and Marc win. The last thing I want is to be thought of as the old man lagging behind… So now it’s over to Jason, right?’

Are we witnessing a long overdue revival for Australian golf, as Adam Scott suggested on Sunday? There have been six events this year on the PGA Tour and three of them have been won by Cameron Smith, Marc Leishman and Scott at the Genesis Invitational. Former world No 1 Jason Day is letting the side down, isn’t he?

When Fooch was diagnosed with his heart problem, which involved his sternum being split open and replacing his mitral valve, naturally Rose said he would wait.

The surgeon, a keen golfer, told Fooch the recuperation would take nine months. Fooch circled in the Masters last year — just three months after the op.

‘That was my ego speaking,’ he says now. ‘I got to the eighth hole at the Masters wondering, “What on earth am I doing?” I really had no idea how serious the surgery was, and it put a strain on my relationship with Justin.’

‘It’s obviously bittersweet for me, as you can imagine,’ says Fooch, who hails from Bedford but now lives in Florida. ‘But at the end of the day, I had more than 11 great years with Justin, so I’m grateful for all the memories.

‘There were times last summer when I thought I was never coming back. I was never going to complain, not after the career I’ve had, but you still want to contribute. It’s in the blood. When Frankie rang last October, I told him I’d make sure I was ready in January, and I’m so thankful. It’s a huge chance with a great player.’

Fooch reckons he is about 80 per cent fit. ‘The chest and the heart are great and now it’s a case of getting my caddie legs back,’ he said. ‘By the Masters, I want to be more than 90 per cent fit and Frankie to have his form back.’

Regarding his old employer, the split was not easy for either man, but they have moved on — and Rose has not ruled out a reunion.

‘It was Fooch’s decision to step away, he could see it going in the wrong direction,’ said Rose.

‘I still care for him deeply, though. He will always be one of my dearest friends and it’s positively weird seeing him next to another player. But the future is a long time and we’ll see what happens.’

A top man, Fooch. Not just Rose, but the legion of other players, fellow caddies and officials queueing up to welcome him back was testament to that.

Part of that was down to the tournament host, Tiger Woods. Another factor was the prize fund of £7million. 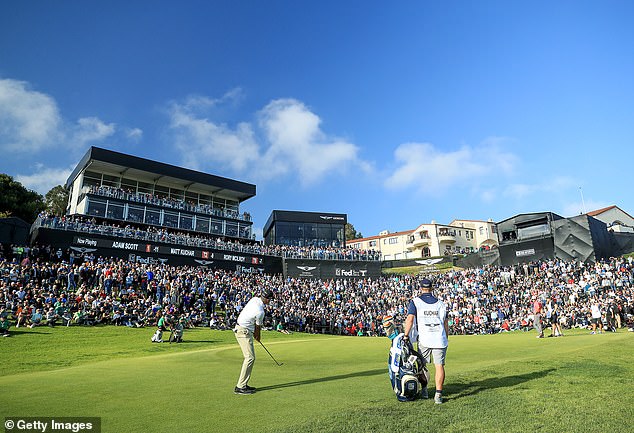 Riviera showed how to test the world’s top players without stretching a course to 9,000 yards

Mostly, though, it was down to sublime Riviera, and a perfect example of how you can test the world’s best without stretching a course to 9,000 yards.

Thank goodness the weather played ball, leading to a set-up that was inviting for three days before playing on the edge come Sunday’s final round. It emphasised that firm and fast should be the three most important words in the course set-up lexicon, not swathes of rough, for there was hardly any at Riviera.

It left us with a leaderboard on Sunday filled with all sorts of different players, from fantastic ball-strikers Adam Scott and Rory McIlroy, to short-hitting putting wizards like Matt Kuchar.

Let us hope the United States Golf Association — organisers of the US Open — were paying attention. This was a classic US Open in all but name. If I attend a better regular tour event this year, I will be pleasantly amazed.