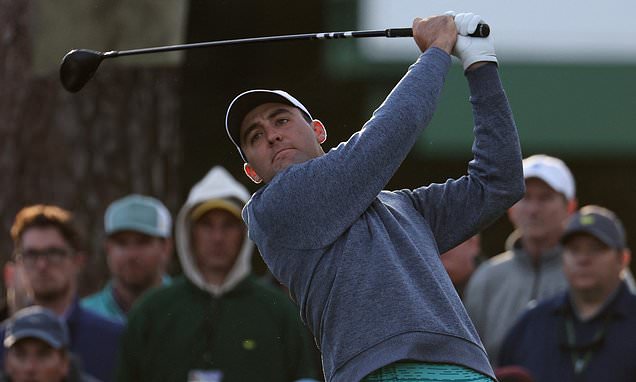 One bad drive from world No 1 Scottie Scheffler on the 18th hole last night was all it took to change the complexion of today’s final round of the 86th Masters.

For 53 holes the 25-year-old Texan had played with such unruffled assuredness it looked as if he would end his dominant performance with a four-shot lead and be the clear favourite to slip on a green jacket. The final hole was playing the hardest of all in the third round but it appeared tailor-made for the big-hitting Scheffler to slide one of his trademark fades into the fairway and card a par. He stepped up filled with confidence after birdieing the 17th.

From the moment it left the club face, however, it was clear his drive was heading for the trees on the left. For a couple of horrible minutes it looked as if he would lose his ball. As it was, he had to take a one-shot penalty. 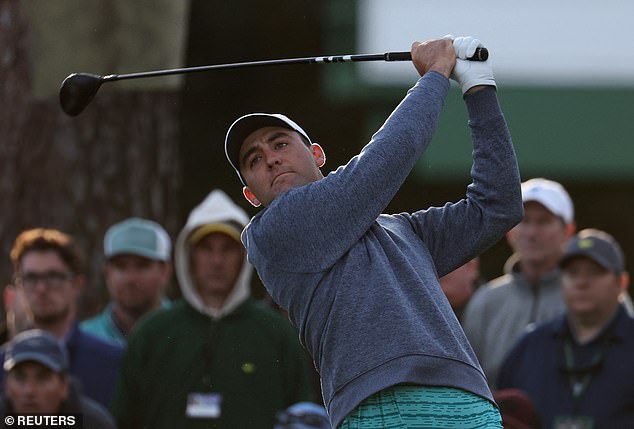 He then played one of the best shots struck all day to reduce the damage to a bogey. It will be fascinating to see if he can retain such composure amid all that can happen here on Sunday afternoon.

Certainly the dogged Aussie Cam Smith, recent winner of the Players Championship, who shot a best-of-the- day 68 — he was the only man to break 70 — will be smelling blood. A three-shot lead is nothing round here, and particularly given Scheffler’s nearest pursuer is the in-form 28-year-old from Brisbane. He’s the last man you’d want to see in the rear-view mirror. The odds still favour Scheffler but they’ve shortened markedly following his last-hole mishap, and three bogeys in his last five holes.

Irishman Shane Lowry will start seven behind in tied fourth place after a 72 that featured a barrel of fruity language on the 13th hole aimed at caddie Bo Martin following a bogey six. ‘You were only 30 yards out with that lay-up yardage that left me with no shot,’ fumed the 2019 Open champion. ‘What a s*** yardage that was. Well done Bo.’

It looked as if it would be well done Shane but another bogey at the 17th hole stung. He shot 73.

Englishman Danny Willett had only made the halfway cut once since his 2016 victory but he has the opportunity to improve on that record today after a 73 left him on level par in eighth place.

You have to go back to 2008 to find the last time they had a day like this here during the Masters, where the lightweight polo shirts for the warm sun were replaced by thick sweaters, neck warmers and ski gloves to fight the numbing cold and capricious wind.

For Tiger, cold reality struck hard in the frigid temperatures. After the fairytale of the first 36 holes came a harsh awakening and a nightmare day on the treacherous greens.

On the 1,661st hole of Tiger’s storied Augusta career, the greatest clutch putter the game has seen suffered the indignity of only his second four-putt, and the first for 17 years. There were no fewer than four three-putts as well, as he subsided to a 78. ‘You’d have thought it was a practice round with the amount of putts I had out there,’ said Tiger. ‘It felt like I had 1,000 putts. I had zero feel on the greens.’

On the positive side, his driving was much improved. He only missed one fairway all day, and there was a gorgeous moment at the par-three 12th, in front of the vast army of patrons who gather every day at this special apex of Amen Corner. Up popped Woods the showman, forgetting his putting woes for one hole at least to sink a birdie effort from 12 feet and draw the loudest cheer all day. The walk has become laboured as the week has gone on, but the comeback of comebacks will continue to delight and enthral today. Suffice to say, it won’t be the winner who gets the warmest ovation come the 18th.

Rory McIlroy’s hopes of completing the career Grand Slam appear over for another year despite a battling 71 that saw him move into the top 10. The 32-year-old has struck plenty of fine shots but undid some of the good work with basic mistakes. One came at the opening hole, where his drive plunged into the fairway bunker and his recovery shot struck the face and came back to his feet. He needed to play a fabulous third just to avoid a double bogey. The par-five second came and went without him taking up the birdie on offer. 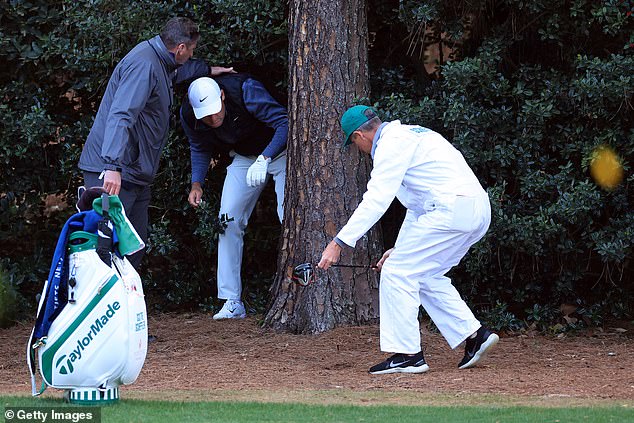 The world no 1 appeared to be cruising, but one last shot on the 18th has set up a tense Sunday

It rather summed up his Masters to this point that he was the only player in the entire field of 52 players to birdie the monstrous par- three fourth, after a wonderfully piercing three-iron, only to give it back at the short sixth, which had the easiest of the four hole locations used this week.

When the conditions get tough you can usually rely on Tommy Fleetwood to get going and the Englishman didn’t disappoint, as he continued his fine rally following the misery of an opening round of 75. A 72 on Friday got him through to the weekend and the 70 yesterday was particularly good, and left him alongside McIlroy. After 18 months in the doldrums, the 31-year-old has the stage to relaunch his career today.

‘I thought I played amazing, it was so hard out there,’ he said. ‘It’s a great place to play when you feel you’re in control of your golf ball.’

Scheffler, who will have the weight of history on his side today, would certainly concur. Only five other players held a five-shot lead at halfway, and you have to go all the way back to Englishman ‘Lighthorse’ Harry Cooper in 1936 to find the last one who didn’t go on to win the green jacket.

For 53 holes there was nothing from Scheffler to suggest he will emulate Cooper and fall at the final fence. But that last-hole error has left room for doubt. It promises to be another nail-biter over the back nine at Augusta. 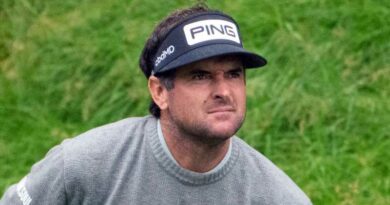 Bubba Watson’s driver head flies off mid shot, and he still makes birdie on that hole

Genesis Invitational: Tee times for final round at Riviera