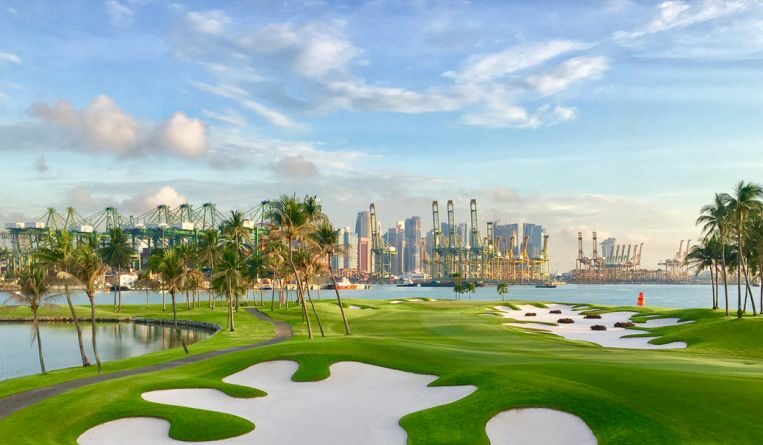 SINGAPORE – The ensuing pandemic has given golf a shot in the arm like no other in the game’s recent history. Courses are packed, and getting a tee time is as hard to come by as a hole in one, or so it seems.

Within this lively environment, Golf Digest recently completed its biennial golf course rankings for Singapore. Sentosa Golf Club’s (SGC) Serapong course, home of the SMBC Singapore Open, maintains its No. 1 spot, but for the first time in several years, it has a viable contender in the wings.

Singapore island Country Club’s (SICC) new 27-hole New Course has entered the fray with its opening in the middle of this year, and the Millennium-Peirce 18-hole combination charged up the rankings to sit brazenly in second place.

Golf Digest only includes one 18-hole combination for ranking purposes, and Millennium-Peirce is arguably SICC’s select championship course at the New. The other nine-hole layout is called Forest, and for argument’s sake, the ratings received for the Peirce-Forest combination would put it in Singapore’s top five if it were taken into consideration.

Competition from the New Course notwithstanding, there is no refuting that Serapong is Singapore’s top golf course for many reasons.

It’s difficulty, high shot value quotient and impeccable conditioning have impressed golfers since it became the default home to the country’s national open tournament. But there is no resting of laurels for a leader, and SGC is definitely not one to sit around while others up their game.

Smack in the middle of the pandemic’s early days last year, SGC general manager and director of agronomy Andrew Johnston started a refurbishing programme at Serapong.

“It’s been 16 years since we had a renovation,” he admitted. “We replaced the turf on the fairway with the same grass, Zoysia Matrella, which will improve surface drainage.

“We also introduced some contouring in places that have become a little flat. Bunker sand was also replaced, and the edging of these hazards were redesigned to give it a more rugged look.”

Golfers familiar with Serapong will also notice that the par-four, sixth hole has grown some teeth. Enhanced bunkering and the removal of a bail-out area to the left has tightened the landing options here. Not only does the hole look better, but it has become even harder now to secure that par.

All this continued to impress panellists and helped it solidify its position as the country’s best golf course.

While Johnston and his team continue to set standards by which all golf clubs in Singapore are measured, all eyes were set on the opening of SICC’s New Course earlier this year.

Architect Graham Marsh’s reimagination of the course sitting on pristine land next to Upper Seletar Reservoir and next to a national park was several years in the making. Fortunately, for the club’s members, it was well worth the wait.

Apart from the demands of Singapore’s largest golf club, there were other challenges SICC had to overcome.

“Being located next to the Central Catchment Nature Reserve in Singapore, the project had to comply with stringent irrigation guidelines and ensure minimal environmental impact on the flora and fauna in the area,” said its director of marketing communications Cheang Sai Ming.

“SICC is also required to ensure that we are self-sufficient in water, which means we have to construct an adequate and efficient water management and rainwater harvesting system.

“To ensure the club obtain approvals from the authorities efficiently, the club assembled a team of highly qualified consultants to work with the golf redevelopment planning committee to work out appropriate action plans.

“These included intensive environmental and biodiversity impact assessments to ensure that the redevelopment works would not affect the surrounding flora and fauna in the nature reserve, or impact the central water catchment reservoirs.”

In the end, the additional care taken to ensure that ecological balance was maintained was worth the trouble. Marsh managed to open up vistas that were hidden by congested foliage, and cut swaths through swampy forest where bridges now connect holes to each other without tampering with the natural terrain

Golf Digest panellists who played course were irrevocably impressed with the work done. Some were convinced that playing on it “didn’t seem like playing in Singapore”. We can only assume that was a good thing.

There was little movement lower down in the rankings. Seletar Country Club’s renovated course made an entrance at a commendable seventh-place. Designers GolfPlan provided a decent upgrade, but several panellists were disappointed that not more was done to recreate the holes.

As with SICC’s New Course, part of the requirement as stipulated by the land authorities was for Seletar to put in a public walkway around the adjacent reservoir, which not only added cost to the project, but also affected the extent by which the architects could create the ideal experience.

Tanah Merah Country Club’s Garden Course, opened in Feb 2020 just before the pandemic hit, also enters the ranking this year. The Robert Trent Jones Jr-designed par-71 course – severely compromised by land taken away for airport works – suffered from holes positioned too close to each other, low shot option scores, and intentional ribbon tees that made for an uneven teeing ground.

Given the limited land area, and proximity to the airport, Trent Jones Jr’s creativity produced an interesting layout that while distance-challenged, has been considered a fun track to play.

Although the length of some of the holes may not be of professional tournament standard – there are two driveable par-fours, and two par-fives that can be gotten on in two shots – the variety and appointment of the design is popular with those with higher handicaps.

That said, the latest iteration remains a far cry from the “old” Garden, which was the country’s best course as ranked by Golf Digest in 2011.

Golfers will also notice that Keppel Club has been omitted from this year’s rankings. Singapore’s “oldest golf club in its original location” will cease to exist come the end of the year.

The club will take over the Sime Course at SICC come 2022, but will have to share tee times with the public. The exact details of the handover, as well as impending renovations to the Sime course, are yet to be finalised, but for all intents and purposes, the course will not be around come the new year.

Given that demand for golf is seeing greater heights during a period of reduced international travel, several of Singapore’s courses have taken the opportunity to refurbish. Orchid Country Club just completed rebuilding its green complexes at the Vanda nine, and is currently working on the Dendro holes. Once that is complete, they will start on the Aranda nine.

Talk has been rife that National Service Resort and Country Club will close its Kranji course for renovation soon. It’s been a long time since the Gary Player Design layout has had a makeover, and this timely intervention will be watched closely.

The proliferation of work being done on golf courses in Singapore can only be seen as a good thing. Continual pursuit of excellence at SGC, and the grand introduction of the New Course at SICC has upped the ante for all others. A rising tide lifts all boats, and golfers can only look forward to greater things ahead.

What the scores mean:

Golf Digest only includes one 18-hole combination for ranking purposes.