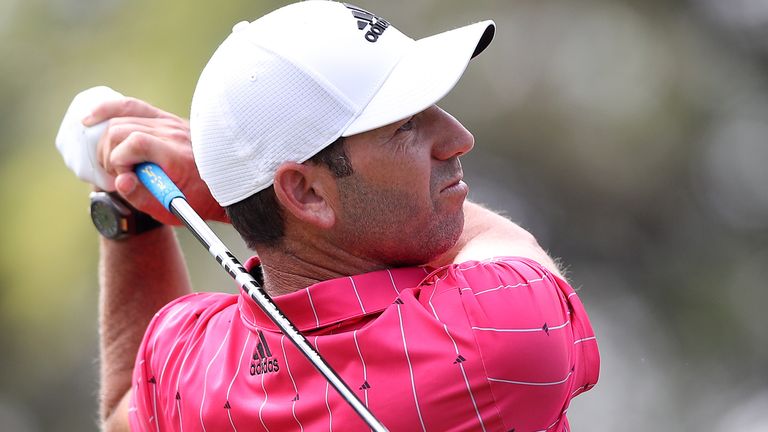 Sergio Garcia is determined to make the most of his resurgence in form after moving into contention for back-to-back PGA Tour wins after his second round at the Shriners Hospital for Children Open.

The 40-year-old Spaniard ended a three-and-a-half-year winless run on the US-based circuit with victory at the Sanderson Farms Championship last week.

Garcia, who now has at least one worldwide victory for the 10th consecutive year, followed an opening five-under 66 with a bogey-free 64 at TPC Summerlin in Las Vegas to sit two shots behind early clubhouse leaders Martin Laird and Patrick Cantlay.

The European Ryder Cup stalwart, who posted two top-10 finishes in the opening few weeks of the year on the European Tour, confessed there wasn’t anything specific he could put his current form down to.

“Earlier in the year I felt like I was playing as well as I’ve been playing the last week and a half; just things weren’t really happening,” said Garcia, who will continue his Masters preparations at the CJ Cup next week.

“So obviously it’s a combination of playing well, confidence, couple good breaks when you need them at the right time that keeps your round going, and that’s what I did.

“Like my par save on 14 today. Two months ago that was probably a bogey at best. I hit an unbelievable bunker shot from a flat lie and left myself about 16, 17 feet for par and I rolled it in. Those are the kinds of things you need to keep your rounds going.

“That’s why when you have one of those good moments, you try to enjoy it as much as possible and hopefully make the most out of it.”

The highlight of his charge up the leaderboard was a hole-out from 111 yards for eagle at the par-four sixth, while he also scrambled well, with five of five up and downs, including two sand saves.

Victory this weekend would see Garcia emulate his back-to-back triumphs on the European Tour from 2011, when he followed up victory at the Castello Masters with a win at Valderamma.

Watch continued coverage of the second round of the Shriners Hospital for Children Open from 10pm on Friday, live on Sky Sports Golf.

When was the last time the Open was in Northern Ireland? Why was Portrush chosen for 2019?