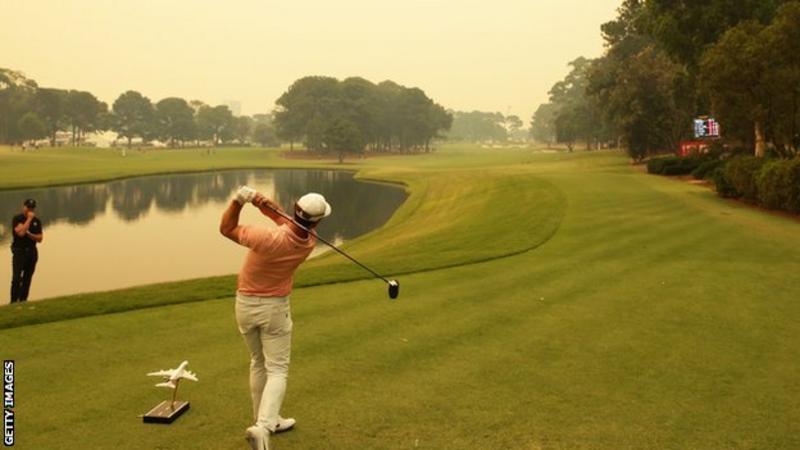 Players at the Australian Open have complained of stinging eyes as toxic smoke from bushfires around Sydney affected the opening round on Thursday.

Smoke has blown over from fires that have raged for more than a month.

“It feels like I should shove a bit of salt water up my nose or something,” said Australian number one Adam Scott.

Scott, who is thinking about wearing a face mask for the second round, struggled to a four-over 75.

“Obviously not the conditions we want to be playing in. [The smoke] got pretty thick for a while,” he added.

England’s world number 14 Paul Casey, the highest-ranked player in the field, finished the day on 68, three shots off the lead.

“I must admit my eyes are stinging but you know I honestly feel for the people [nearer the fires], because we’re feeling it down here 100 [miles] away.

“I’m not going to complain because there’s people in a way worse position than me.”

Travelers Championship: 6 golfers tied for 1st; Paul Casey one back in tie for 7th

Man Utd tipped to sack Ole Gunnar Solskjaer with ‘big name around the corner’
We and our partners use cookies on this site to improve our service, perform analytics, personalize advertising, measure advertising performance, and remember website preferences.Ok