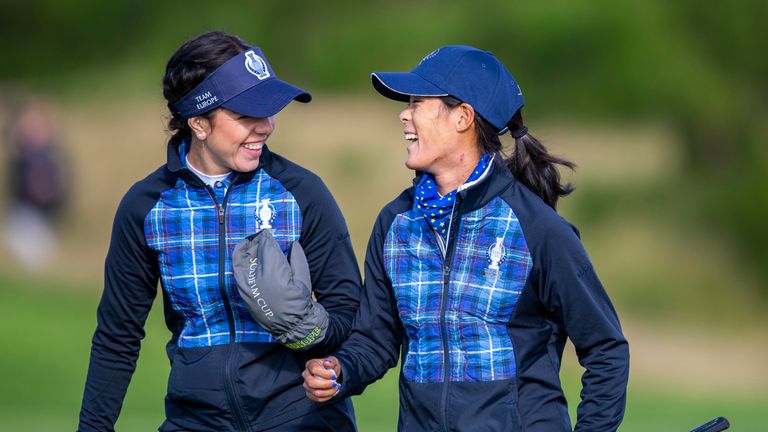 Europe made a positive start to the 16th Solheim Cup as they edged Team USA in the opening foursomes session at Gleneagles.

Jessica and Nelly Korda, the first sisters to play with each other in the competition, produced an outstanding performance to crush Jodi Ewart Shadoff and Caroline Masson 6&4 in match three, but that proved the lone win for the holders as Europe headed into the afternoon fourballs with a 2.5-1.5 advantage. 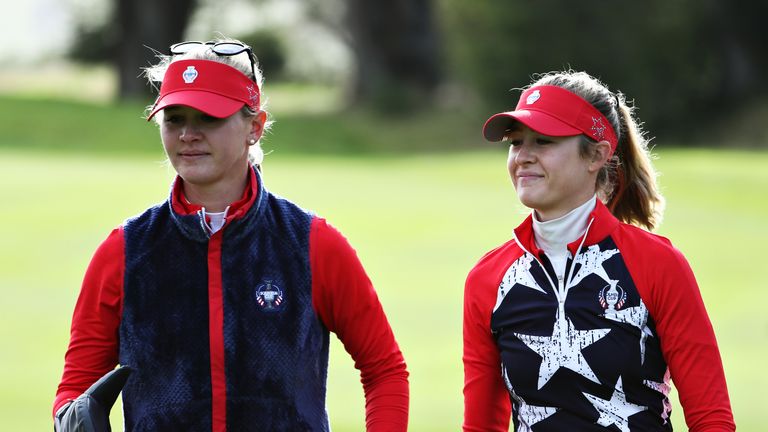 Bronte Law’s first taste of Solheim Cup action resulted in a battling half with Carlota Ciganda in the top match against Morgan Pressel and Marina Alex, before Georgia Hall and Celine Boutier put the first blue on the board with a 2&1 win over Lexi Thompson and Brittany Altomare – Thompson’s first defeat in the event since 2013.

Charley Hull and Azahara Munoz rounded off an encouraging morning for Catriona Matthew’s team with a hard-fought victory over Megan Kang and Annie Park in the anchor match, ensuring a repeat scoreline from the last contest two years ago.

However, Matthew will be determined to avoid a repeat of the disastrous whitewash in the afternoon fourballs session in Iowa which ignited Team USA’s run to a second straight win.

Matthew did spring a surprise with her afternoon line-up when she rested Hall and ensured that all 12 of her players would see some action on the first day, while Inkster also selected the four players that sat out the foursomes, although she also separated the jubilant Korda sisters.

Suzann Pettersen, seen by many as a controversial captain’s pick due to her lack of competitive golf over the last two years, led Europe’s charge alongside Dutch rookie Anne Van Dam against Danielle Kang and Lizette Salas.

Swedish stalwarts Anna Nordqvist and Caroline Hedwall were paired together against Angel Yin and Ally McDonald, who was a late call-up for the injured Stacy Lewis.