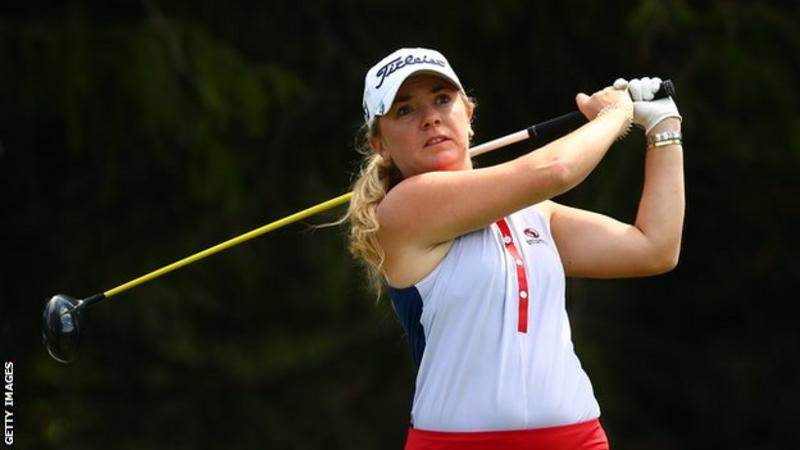 At the wheel of a Land Rover, the objective was to negotiate off-road Scottish terrain… while blindfolded.

That was the intimidating scenario faced by England’s Bronte Law, who was entirely dependent on passengers to guide her through the task.

Those back-seat drivers in August were actually European team-mates and, a month on, they now face a huge challenge of a very different kind – trying to wrestle the Solheim Cup from the grasp of the United States.

As Law prepares to make her debut in the biennial match, which will attract more than 80,000 spectators, she reflected on her last visit to famed Scottish resort Gleneagles – when she was named as a wildcard in Catriona Matthew’s European team.

The captain used the opportunity to bring together the line-up that will face the US, with Law’s English compatriot Jodi Ewart-Shadoff the only absentee as she recovered from back surgery.

And while some of the time was used to familiarise the players with the PGA Centenary Course at Gleneagles that stages the contest which starts on Friday, the captain also used the opportunity for a team-building exercise.

“We went in Land Rovers driving off-road in the middle of nowhere,” Law told BBC Sport.

“It involved being blindfolded and the team-mates in the back had to guide us. You can imagine that’s one way you gain trust in your team-mates.

“I had Caroline Masson and Carlotta Ciganda guiding me – two very experienced Solheim Cuppers. They did a much better job of guiding me than I did for them! So I know I can fall back on them for sure.”

Law insists the exercises went a long way to cementing the bond that will be vital if Europe are to prevent America from winning the cup for the third consecutive time.

“Everyone got along really well. It really gave us an insight into the characters we have on the team,” she said.

“It’s important the camaraderie is there and I definitely think that experience helped provide that before we arrive at Gleneagles.” 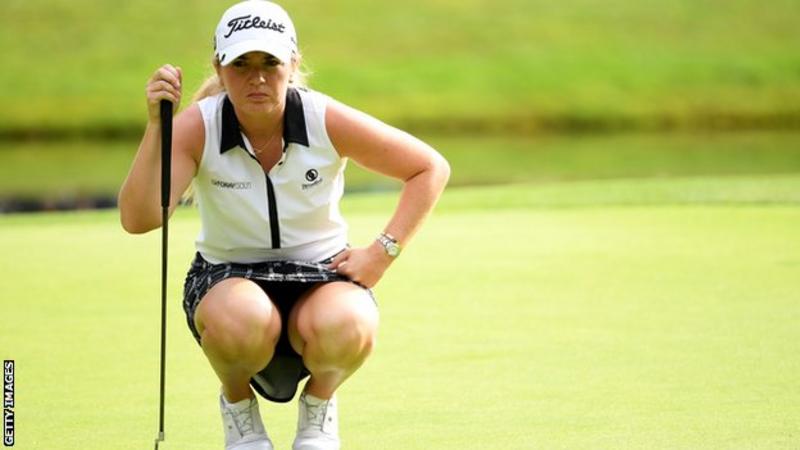 The 24-year-old from Stockport might be a rookie but as the second-highest ranked European, the world number 26 has the potential to be a crucial cog in the European wheel.

She needed a wildcard selection only because she has not had sufficient time in her professional career to qualify automatically.

But like her English team-mates Georgia Hall and Charley Hull, Law is already a winner on the LPGA Tour having triumphed in Virginia in May.

The captain gave her the nod that she would be chosen well ahead of last month’s official announcement.

Furthermore, Law already possesses a formidable record in team matchplay, in 2016 becoming the first Great Britain and Ireland player to win all five matches in the Curtis Cup, the contest between GB&I’s top amateurs and their American counterparts.

“I really enjoy playing matchplay and playing good golf going into this match is something I’m very excited about,” said Law.

“I just hope I can repeat what I’ve done in previous matchplay events.”

When asked if she is relishing the prospect of being one of the team’s leaders despite her lack of Solheim Cup experience, Law quickly replies “yes, definitely”.

“It’s my responsibility to show the form I have throughout the year. Even although I’m a rookie, it doesn’t really mean anything,” she adds.

“I have to go out there and get my points. Being highly ranked on the team, I carry that responsibility – and I want to play well for my team-mates.

“Obviously playing Curtis Cups and representing England in the International Crown is going to help me to get through the experience.”

Law is one of three first-timers in the European line-up, along with the big-hitting Dutchwoman Anne van Dam and France’s Celine Boutier.

It looks a pretty even contest, with Juli Inkster’s US side judged only slight favourites.

“They’re all really good golfers and on their day any of them are capable of winning, so there won’t be any easy matches,” Law said.

“They have players high in the world rankings, the likes of Lexi (Thompson), Jessica and Nelly (Korda) and Danielle (Kang) but, ultimately, I always tell myself I’ve beaten all of those girls.

The US might be seeking a hat-trick of victories, but the team trying to achieve the feat is one in transition. 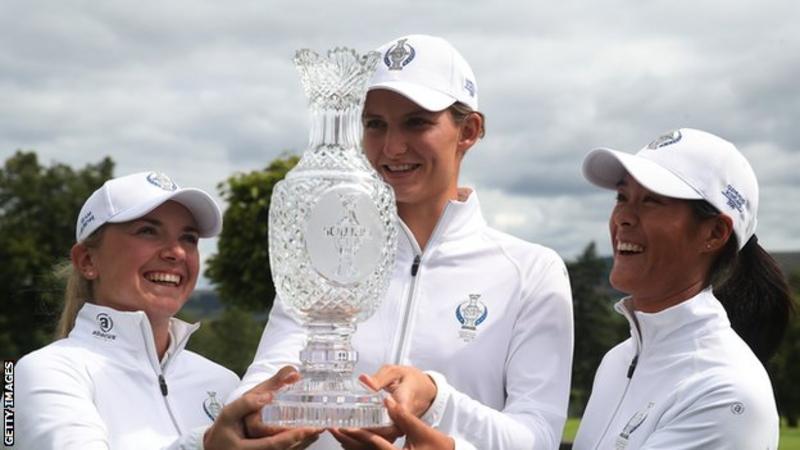 Dealing with the Solheim atmosphere will be crucial to the result, with a grandstand for 2,500 people surrounding the first tee.

It will be no surprise if the gutsy Law copes better than most – despite it being her first time.

“I’ll go out there and fight until the very end to get my point,” she said.

Piloting a Land Rover blindfolded is one thing but this week, equipped with a full complement of senses to perform a more familiar form of driving, she seems more than ready for the task ahead. 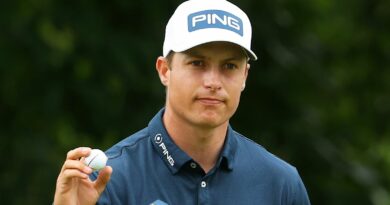 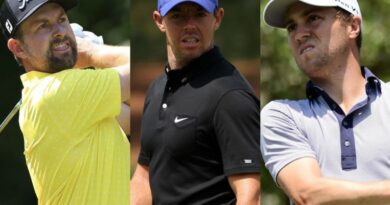 10 years after Tiger Woods’ crash: Untold stories of some connected to Woods’ scandal