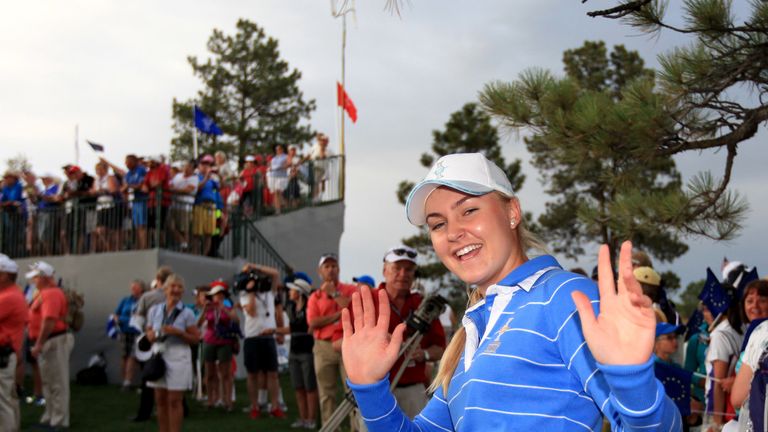 Charley Hull will play a key role for Team Europe this week at Gleneagles, six years on from announcing herself to the world on her Solheim Cup debut.

Hull was one of six rookies in Liselotte Neumann’s side in Colorado, where the-then 17-year-old played a significant part in a record-breaking 18-10 victory for Europe.

The Englishwoman lost her opening match alongside veteran Catriona Matthew but joined forces with fellow debutant Jodi Ewart Shadoff to see off experienced duo Paula Creamer and Lexi Thompson a day later, as Europe claimed a clean-sweep in the Saturday fourballs.

Hull was sent out early to face Creamer again in the Sunday singles, where the teenager dominated throughout to claiming a convincing 5&4 win and help Europe to a first win on away soil.

US Open: Jordan Spieth’s bunker escape foiled by hidden rake in the rough!