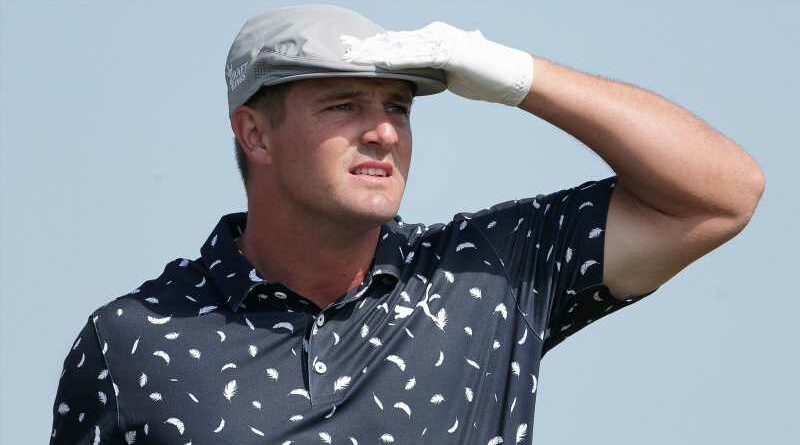 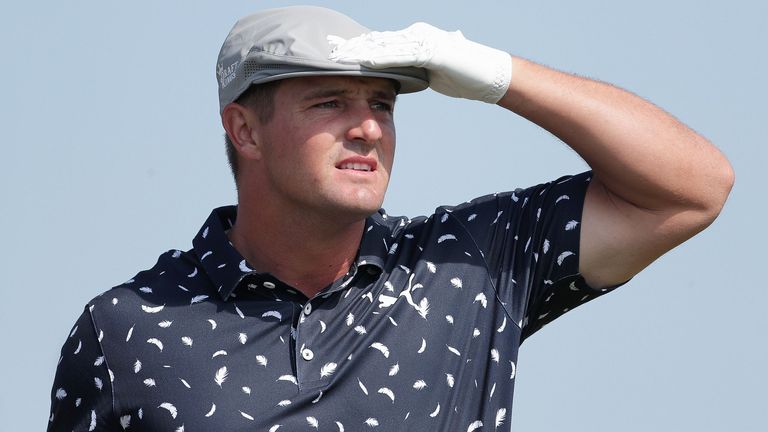 After Bryson DeChambeau lamented a bad opening round at The Open by saying his driver “sucks”, a representative from his club manufacturer, Cobra, called his comments “stupid” and likened him to an eight-year-old.

DeChambeau hit several wayward drives into thick rough, finding only four fairways on his way to an opening-round 71 on the Kent coast, mixing four birdies with five bogeys.

And the former US Open champion appeared to blame his clubs for his downturn in fortune.

“If I can hit it down the middle of the fairway, that’s great, but with the driver right now, the driver sucks,” DeChambeau said. “It’s not a good face for me and we’re still trying to figure out how to make it good on the mis-hits.”

Ben Schomin, who is Cobra’s tour operations manager, responded to the comments by saying it’s “painful when he says something that stupid”. 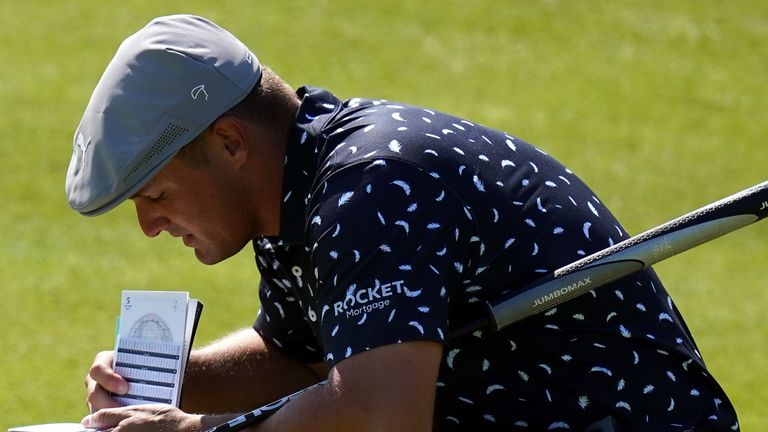 “Everybody is bending over backwards,” Schomin said. “It’s just really, really painful when he says something that stupid.

“He has never really been happy, ever. Like, it’s very rare where he’s happy. Now he’s in a place where he’s swinging a five-degree driver with 200mph of ball speed.

“Everybody is looking for a magic bullet. Well, the magic bullet becomes harder and harder to find the faster you swing and the lower your loft gets.

“Every ingredient has been added to the difficult salad. Literally, it can’t be any more of a challenge. So it’s this constant work in progress.” 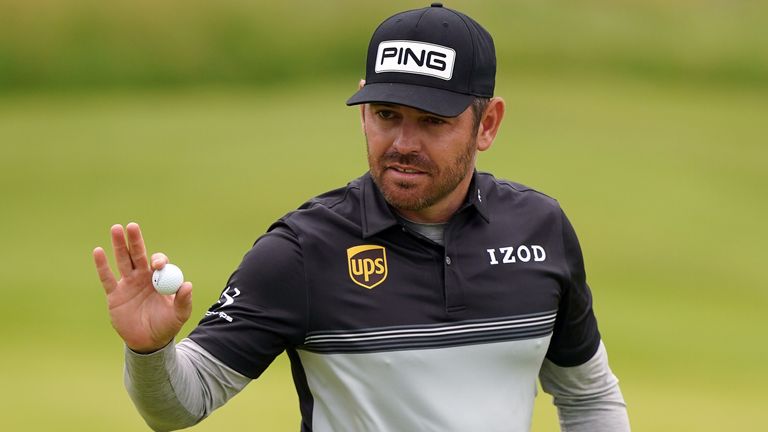 Schomin, who caddied for DeChambeau at the Rocket Mortgage Classic earlier this month when he split with regular caddie Tim Tucker, continued: “It’s like an eight-year-old that gets mad at you.

“They might fly off the handle and say ‘I hate you’. But then you go ‘Whoa, no you don’t’.

“He didn’t really mean to say it that harshly. He knows how much everyone bends over backwards for him, but it’s still not cool.”

DeChambeau later apologised for his comments in a lengthy post on Instagram, saying he was “very unprofessional” and admitted “I sucked today, not my equipment”.

“I deeply regret the words I used earlier,” he wrote. “I am relentless in pursuit of improvement and perfection. Part of that causes me to become outwardly frustrated at times. … My game is a constant work in progress and so is controlling my emotions.”

Beem: It doesn’t sound too peachy

Rich Beem said of the latest drama surrounding DeChambeau: “The comments from his manufacturer, I have no idea what’s going on with that relationship – obviously it doesn’t sound like it’s too peachy keen. That’s just how it goes.”

The Sky Sports pundit says it “wasn’t really surprising” that DeChambeau’s all-out-attack with the driver did not work out at a course like Royal St George’s, and has suggested that the American should consider using his irons off the tee more often.

“When you swing at it that hard, to be able to find a fairway – especially when you have crossing winds around here – it’s hard. 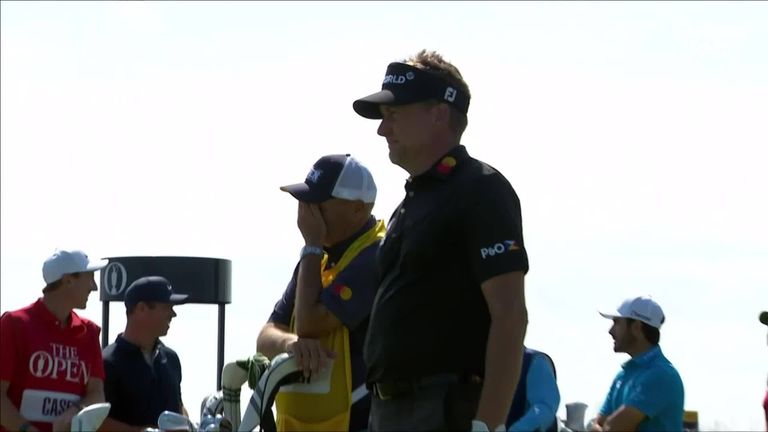 “I was really surprised. I kind of thought he would put a one iron in his bag.

“He flights the golf ball down so well with his irons, and he can absolutely make it go forever. So I was a little surprised to see him not switch up any of the stuff in his bag.

“Listen, Bryson is a hell of a player, but when it comes to links golf, you have to tinker a little bit, you have to change it up.

“For him to struggle with the driver today, it really wasn’t surprising. There was a couple of times he really went after it.

“A couple of times he really went after it into the wind, which once again I was a little surprised with.” 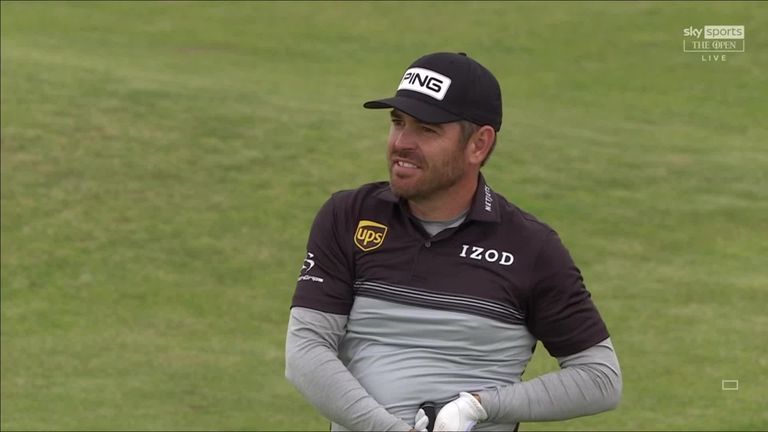 Beem says he is not convinced DeChambeau has any intention of switching up the way he plays the game, regardless of how things went on Thursday.

“I think Bryson, being as talented as he is, I think that there’s a different way of doing it,” he said.

“I don’t know if he’s interested in listening to any of that, but I think that he could play this golf course so effectively.

“You don’t have to take a driver out. You can find a long iron that you can just hit and chase.

“I think that might be something that he might be interested in looking at, but I don’t know, I don’t know him that well, but that would be a suggestion.”

Watch The 149th Open throughout the week live on Sky Sports’ dedicated channel – Sky Sports The Open. Live coverage continues on Friday from 6.30am.

The Masters: Tiger Woods hopes experience will be an advantage at Augusta