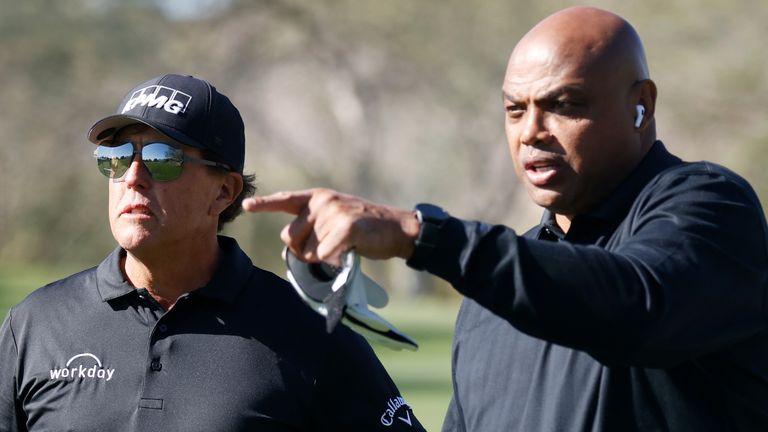 Phil Mickelson and Charles Barkley claimed bragging rights over Steph Curry and Peyton Manning with a 4&3 victory in the latest of instalment of The Match: Champions for Change.

Played under the modified alternate shot format, where each player hits a tee shot and then the best ball from each team is used, Mickelson and his NBA legend playing partner led from the third hole onwards to secure a convincing win in the entertaining Thanksgiving contest.

Manning took the first hole with a three-foot par and almost holed out for eagle at the par-five next, only for Curry to miss the return putt and allow Mickelson level the contest with a birdie.

Peyton Manning is dialed in with his irons. pic.twitter.com/ZR2LJZ8FoA

Mickelson drove the par-four third green and rolled in a winning birdie after Barkley rans his eagle try from the fringe five feet past, with the five-time major champion tapping in for par at the next to claim a third straight hole.

The lead increased to three when the Mickelson/Barkley combination made a two-putt par at the fifth, having conceded their rivals’ bogey attempt when Manning thinned a bunker shot into the rough and Curry then chunked a chip. 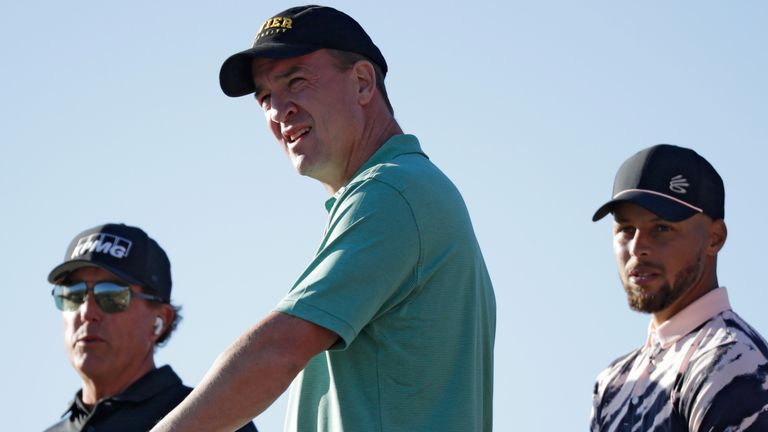 Manning missed a six-foot birdie attempt to claw a hole back at the sixth and Curry failed to convert a bogey attempt from a similar distance at the next, briefly increasing the deficit to four, but the pair claimed a hole back when Barkley squandered a four-foot par attempt at the eighth.

Barkley lagged an eagle attempt to three feet at the tenth to set Mickelson up for birdie at the tenth, only for the duo to lose the next after some wayward tee shots left them searching in the vegetation for their ball.

More practice on his golf game than his free throws. 😂 pic.twitter.com/Sn4rvgxtyU

The lead returned to four after Manning and Curry losing the 12th, despite the latter nearly making a hole-out from a greenside bunker, with the pair then three-putting the next to miss the chance to close the gap.

Both teams made regulation pars at the short 14th hole, before Mickelson sealed victory at the par-five next by holing from close range to match Manning birdie to try and extend the contest.

The first edition of The Match was played in 2018 at Shadow Creek in Las Vegas, where Mickelson beat Tiger Woods in a winner-take-all $9 million showdown, while Woods and Manning defeated Mickelson and Tom Brady at Medalist Golf Club back in May.