Home » Golf » ‘The value is the franchise’: How Norman lured Smith and Leishman to LIV Golf

Greg Norman used the lure of a 25 per cent stake in an LIV Golf franchise to convince Cameron Smith and Marc Leishman to join the Saudi-backed series, while negotiations to tempt Adam Scott from the PGA Tour broke down earlier this year.

On the eve of LIV Golf’s fifth event in Chicago this week, Norman confirmed to The Sydney Morning Herald and The Age that a decision on the venue for an Australian event next year was imminent.

Norman also urged the custodians of the four majors, including The Masters and The Open, which Smith won in stunning fashion at St Andrews, to remain “Switzerland” and allow his players to compete next year.

Fresh from luring former world No.3 Smith – the only player inside the top 10 to defect to LIV Golf – Norman has opened up on the business model which will involve Smith and Leishman effectively running an Australian team which will compete in a global league next year.

Smith was reportedly paid $140 million to walk away from the PGA Tour and sign with LIV Golf, but the deal also involved the 29-year-old and Leishman being given the keys to a franchise which Norman wants them to commercialise in Australia.

“You’ve got to think about it from Cam’s perspective, he completely understood one thing that other people are struggling to understand: the value LIV Golf brings, and that new value is the franchise,” Norman told the Herald and The Age. 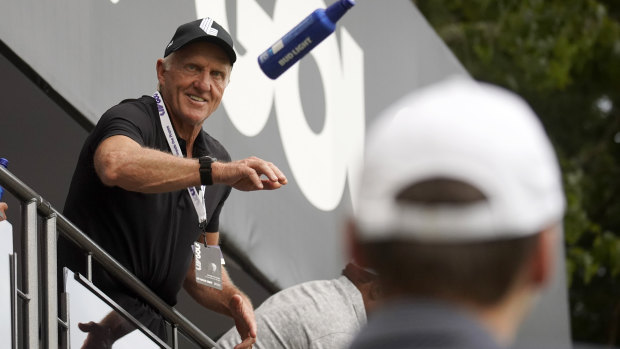 “Cam knows about it, but he’s probably a little too young to understand what Kerry Packer did in cricket. He did what he did for the players, creating teams and night cricket … look where it’s evolved to from there with the IPL. The value of those teams in India is incredible. That’s the new value we bring.

“[Smith] sees the market that Australia presents and the market which, quite honestly, has been starved of high-quality players and new value for the game of golf. The Presidents Cup comes in there once every seven to 10 years, sucks the economy dry and then disappears.”

Smith and Leishman will join other LIV principal players including Dustin Johnson, Phil Mickelson, Bryson DeChambeau and Sergio Garcia in running one of 12 franchises in 2023 in a Formula 1-type concept.

While the close mates have been the highest-profile Australians to join LIV Golf, the future of Australia’s sole Masters winner Scott has long been speculated upon. 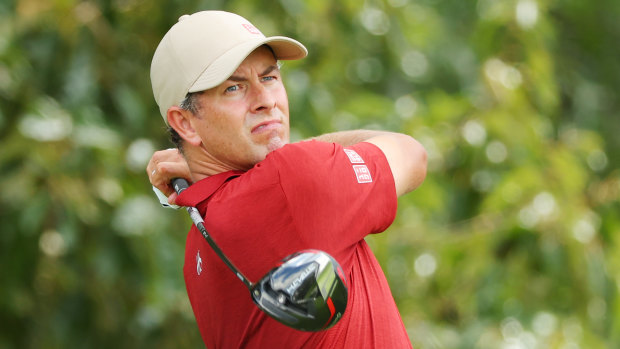 Adam Scott has turned his back on LIV Golf, with the former Masters champion focusing on the majors.Credit:Getty

Scott has, for now, remained with the PGA Tour, and will headline an International team without Smith and Leishman against the might of the United States in the Presidents Cup next week.

Asked whether he was still interested in luring Scott, Norman said: “How can I answer that question? There were discussions early on with Adam and I think right now with Marc and Cam being the principals of Team Australia, I think quite honestly it’s over to them.

“They have to build out the most solid team which gives them the best value going forward. Obviously, they’ll come to us and ask us questions, and there’s so much good young talent coming out of Australia. I can name you four or five of the kids. There are some very good ones and one or two have a connection up into Asia, and that Asian value from a financial standpoint is solid.”

Smith and Leishman will be huge attractions for LIV’s first event in Australia, which is planned for two weeks after the Masters in April next year.

Norman had LIV representatives visit Australia recently and they toured more than 20 courses, with the Herald revealing only one, Royal Sydney, declined the offer for an inspection.

He said a decision on which course would host the event is expected to be made by the end of the month, with Gold Coast and Sydney the leading candidates.

By that time, his band of LIV golfers will have seen their world rankings dramatically slide given the 54-hole events played with shotgun starts are yet to be given official status.

Smith has already dropped to world No.3 behind FedEx Cup winner McIlroy and will soon slide outside the world’s top 10 given he is indefinitely banned from PGA Tour events.

Norman said he wouldn’t change LIV’s model to 72-hole tournaments even if it meant being recognised by Official World Golf Ranking, and said the BMW Championship at Wentworth, in which 18 LIV players competed, was eligible for rankings points despite being cut to three rounds because of the Queen’s death.

“With all due respect to the passing of The Queen, but be consistent,” Norman said. “They’ve done it with other tours around the world.

“It makes OWGR look obsolete if they don’t [accept LIV]. If they wake up at the end of the year and Dustin Johnson is 102 in the world, is that not a laughing stock to the OWGR? There’s two ways they can go: they can either fold, or they include LIV into OWGR. We’ll move on. Everyone’s happy after that.

“If [the majors] ban players because of the PGA Tour, they have no right to tell each of those majors what to do. They’re independent organisations. Yes, certain members sit on their board. I get it and I understand that.

“[But] if you were a broadcaster you would be questioning the value of your investment for television if you don’t have the strongest field in each and every one of them. I hope they stay Switzerland.” 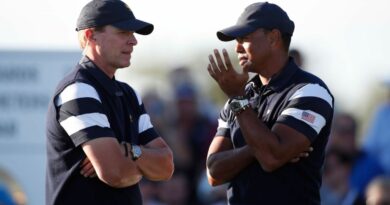 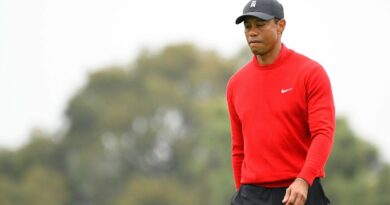