Home » Golf » ‘This one hurts’: Zalatoris comes up short again 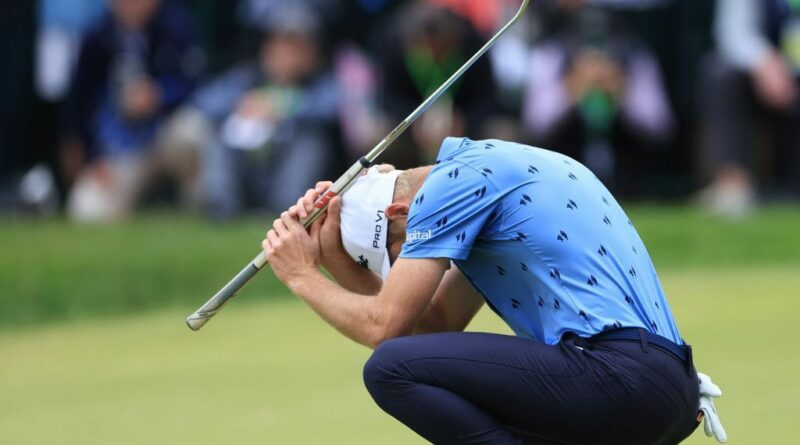 BROOKLINE, Mass. — Will Zalatoris came up short again, and this time, he thought he had it.

After missing a 14-foot birdie putt on the 18th hole that would have put him in a playoff with winner Matt Fitzpatrick, Zalatoris couldn’t help but sigh as he was given the silver medal for runner-up. After speaking to the media while screens showed Fitzpatrick hoisting the trophy, Zalatoris walked off with a forced smile. He had to exit the stage to let the champion come through.

“This one, in particular, hurts pretty hard,” said Zalatoris, who now has six top-10 finishes in nine major starts, including three second-place finishes. “I’m three shots away from practically being a — having a chance of being a three-time major champion. A bounce here or there.”

The 25-year-old went into Sunday at the U.S. Open without a major win or a PGA Tour win, yet with a lot of confidence. He had said Saturday that his recent second-place finish in a playoff to Justin Thomas at this year’s PGA Championship had given him the belief he could be one of the best players in the world. But belief couldn’t push his putt a few inches closer to the hole.

“With about six feet to go, I thought I had it,” Zalatoris said of his putt. “It stings, obviously. To have three runner-ups so far in my career in majors.”

Zalatoris came into Sunday tied for the lead with Fitzpatrick. Zalatoris struggled early, making two bogeys on the first five holes before his ever-elusive putter caught fire. He birdied four of the next six holes and, at one point, held a two-shot lead over Fitzpatrick.

“I battled like crazy,” Zalatoris said, calling his driving “atrocious” on the week and adding that his hip was bothering him. The 2021 Masters runner-up’s usual problems have come with his putter, but as he said with a smile on Sunday, his putting was just fine.

“I’m sure all the Instagram morons are going to say it has something to do with my left wrist flexion coming down,” Zalatoris said of the putt on 18. “I promise you, it’s got nothing to do with it.”

On the par-3 16th, Zalatoris made a birdie to sit one back. But when Fitzpatrick saved his errant drive that found the bunker with a perfect iron shot into the 18th green, the pressure was back on Zalatoris, who afterward called Fitzpatrick’s approach shot “ballsy” and “1 in 20.”

“I knew full well Will was going to hit it close,” Fitzpatrick said. “He’s one of the best approach players on tour.”

Zalatoris hit it just inside 15 feet. Fitzpatrick two-putted for par, so Zalatoris knew what he had to do. As he struck the ball and watched it trickle just past the hole without dropping, it was Zalatoris who dropped to his knees in agony. The champion was decided.

“I’ve already been asked, how nervous were you on the putt on 18?” Zalatoris said. “It’s like I’ve got nothing to lose. It either goes in or it doesn’t.”

Even after a tough loss, Zalatoris projected confidence, saying that he has the recipe to win. With less than a month until the next major — the Open Championship at St. Andrews — Zalatoris said he is glad he’ll get to try again soon.

“I’m not happy with finishing second,” he said. “I’m obviously trying to make it. The comfort level is there, especially now that I know I can do this. I just have to keep waiting my turn.” 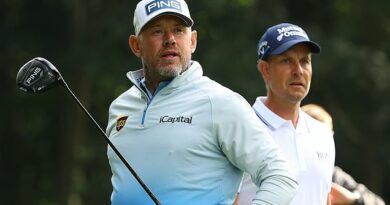 US Open set to be postponed until September due to coronavirus