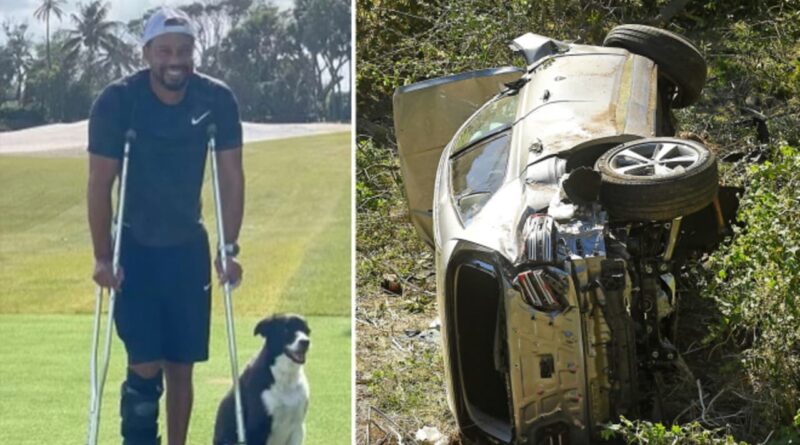 Tiger Woods’ number one goal is to walk on his own again.

The golf legend, 45, shattered his right leg in a horror car crash on February 23.

Breaking his silence three months on, recovering Woods said: “My physical therapy has been keeping me busy.

“I do my routines every day and am focused on my No1 goal right now: walking on my own. Taking it one step at a time.”

Woods was travelling at 140km/h, nearly double the speed limit, when he lost control of his car in Los Angeles and smashed into a tree.

He needed immediate surgery after fracturing his tibia and fibula amid fears his golf days were over.

The 15-time major champ has undergone five back surgeries and another five on his left knee during his injury-ravaged career but insists this is the worst of the lot.

Woods – who was pictured smiling alongside a young cancer patient this week – took to social media in April on crutches with his leg in a brace.

“This has been an entirely different animal. I understand more of the rehab processes because of my past injuries, but this was more painful than anything I have ever experienced,” he told Golf Digest.

“It’s funny because in that photo, the crutches definitely make my shoulders look big!

“Maybe it’s the workouts, too. It’s been nice having the ability to still stay strong and work out my upper body.

“I have had so much support from people both inside and outside of golf which means so much to me and has helped tremendously. It’s been incredible.”