Tiger Woods declares himself fit again and ready for action as he prepares to go head-to-head with Rory McIlroy, Jason Day and Hideki Matsuyama in big-money exhibition match in Tokyo

Tiger Woods on Monday declared himself ‘right on schedule’ after recent knee surgery as he prepares to return to competition at this week’s inaugural Zozo Championship following two months on the sidelines.

Speaking at his first press conference since an arthroscopic procedure on his left knee on August 21, Woods left no doubt that he would be ready for Thursday’s first round when the US-based PGA Tour plays its first official-money event in Japan.

But he also revealed the knee had bothered him throughout his 2019 campaign, which famously included his Masters triumph, and that he had originally planned to have the surgery at the end of last year, before postponing it. 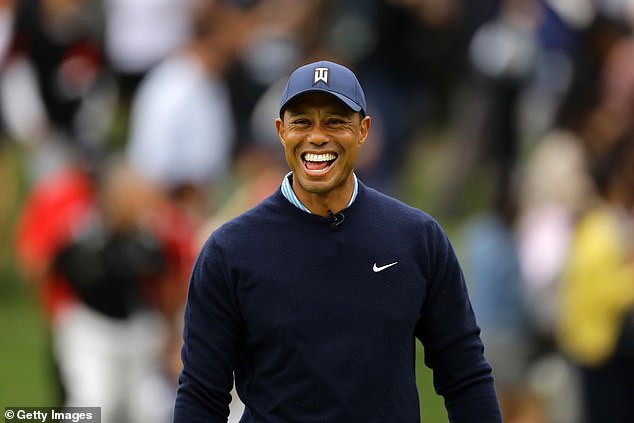 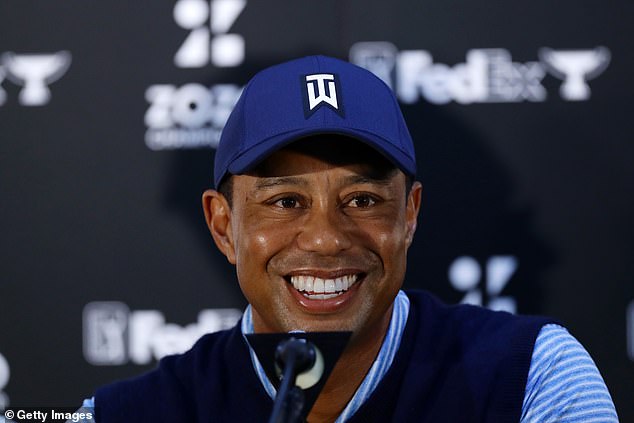 ‘I’ve been battling through this entire year trying to piece it together,’ said the 15-times major champion, whose season petered out after his Augusta National victory in April.

‘It progressively got worse, to where it started affecting my back and the way I was walking and trying to play, trying to read putts and all of the above.

‘So I’m excited about having this end-of-the-year run where I’m feeling much more fit and I don’t have the achiness that I’ve been dealing with for the last couple of years.’

The famously private Woods was typically vague about when he had started practising again after the procedure, the fifth on his banged up left knee.

This week’s tournament at Narashino Country Club will be 43-year-old American’s final chance to assess his form and fitness before deciding whether to include himself as a player on the United States team that he will captain at the Presidents Cup.

He said that getting the surgery done had improved the chances he can justify picking himself for the December 12-15 event against an International team at Royal Melbourne in Australia. 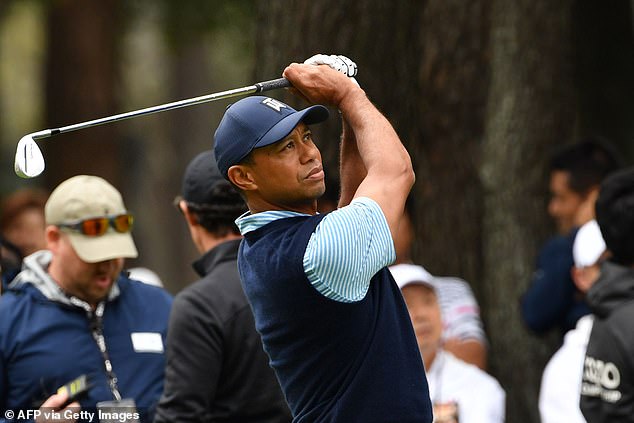 Woods is playing in a big-money exhibition match called The Challenge: Japan Skins in Tokyo 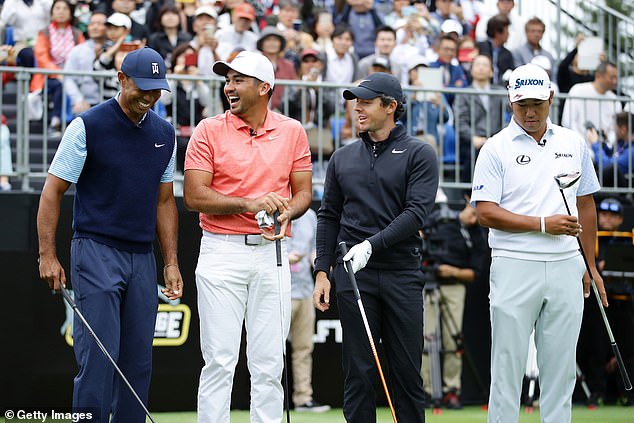 ‘It made me more hopeful,’ he said of his thoughts post-surgery. ‘It’s been nice to finally get over the hump and start feeling good again and start going at it full speed.’

Woods, wearing a dark blue sleeveless sweater, flashed his famous smile multiple times for the cameras during the 19-minute interview. He was speaking before a Monday afternoon Japan Skins made-for-TV exhibition with Rory McIlroy, Hideki Matsuyama and Jason Day.

Woods is making his first appearance in Japan in 13 years, after being a regular visitor for the first decade of his professional career.

US Open Day Three LIVE: Rory McIlroy finishes on six under for the tournament at Pebble Beach