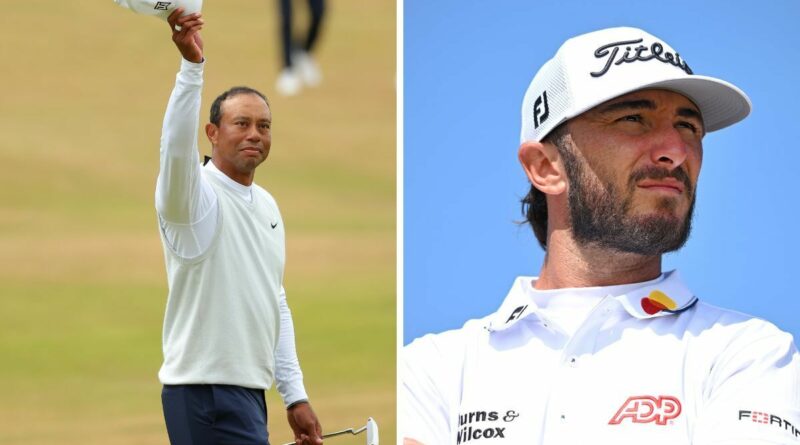 Max Homa has revealed the nicknames Tiger Woods gave the professional golfer as the two played together around St Andrews at the 150th Open Championship. Unfortunately, both men failed to make the cut – and Woods received a stirring ovation from fans in attendance as he made his way up to the 18th green.

Woods has won two of his three Claret Jugs at the iconic St Andrews course and skipped last month’s US Open to ensure he would be fully fit to play at his favourite venue this week. He was paired with Homa and US Open champion Matt Fitzpatrick, with the Englishman the only member of the trio to make the cut.

Appearing on the No Laying Up podcast, Homa revealed Woods gave him a pair of nicknames in a hilarious anecdote about the legendary golfer. The 31-year-old said: “I always thought it would be ‘Maxy’ my entire life. I joke about it because ‘Maxy’ is not a cool nickname. You have to widen most names and it doesn’t sound as cool. ‘Maxy’ is just not that cool.

“On the first day, I’m walking by him on the putting green before we get to the tee and he puts his hand out to shake my hand and said: ‘Play well today, homie’ – and I’m like ‘oh hell yeah, I got a nickname and it is cool. I’m good with it’. 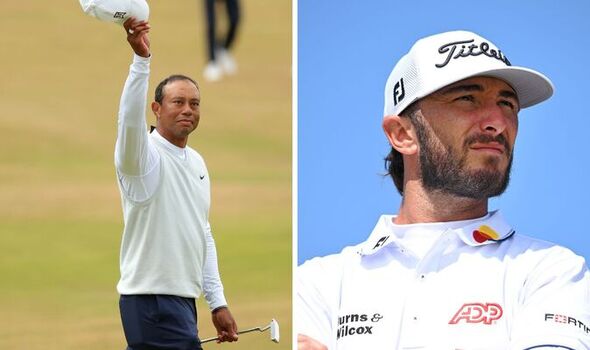 Homa and Fitzpatrick could only sit back and watch as Woods wiped away tears amid emotional scenes on the long walk up to the 18th hole on Friday night. The 46-year-old admitted his performance ‘feels like his last time’ playing the Old Course in an Open Championship setting.

The 15-time major champion was about to miss the halfway cut at the 150th edition of the world’s oldest major, but he received a stunning standing ovation to recognise his greatness. Woods refused to acknowledge whether it would be his final Open, but he revealed he certainly felt emotional. 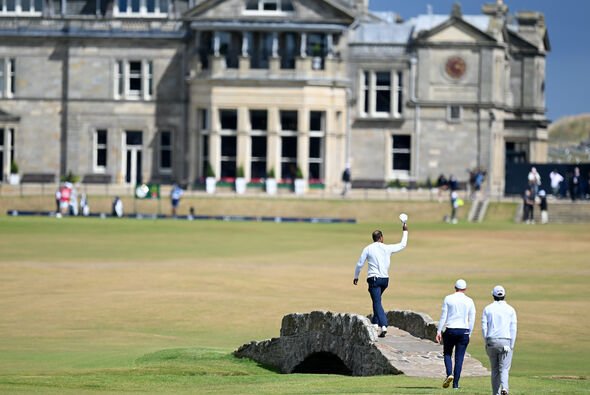 “I came to understand what Jack [Nicklaus] and Arnold [Palmer] felt in the past and I felt that way,” Woods said. “They understand what golf is all about and what it takes to be an Open champion.

“I have been lucky enough to win here twice – it felt emotional because I don’t know whether I will be able to play when it comes back here.”

The Open traditionally returns to St Andrews every five years, which would suggest the next time the tournament is hosted at the historic course will be in 2027, but an official announcement is yet to be made. Woods ultimately finished with a three-over-par 75 for a nine-over total.

Rory McIlroy ready to tough it out at Arnold Palmer Invitational