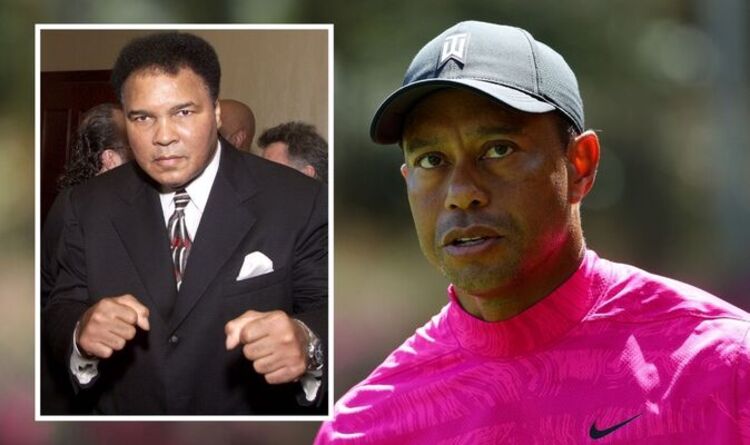 Tiger Woods declared he is “right where I need to be” after making an impressive return to professional golf. He has not played competitive golf for 18 months after a serious car crash left him fearing his lower right leg would be amputated. The Augusta crowds were left impressed by the golf legend’s opening round as he finished with a one-under par round of 71.

Woods made three birdies and two bogeys, placing him just four shots off the lead.

Five-time Masters winner Woods admitted simply being there felt like a victory in itself, adding that he would need “lots of ice baths” before teeing off on Friday.

As one of the biggest names in golfing history, Woods rarely finds himself far from the headlines, and frequently mixes with A-listers.

While checking into a Hilton hotel ahead of the 2004 US Open at Shinnecock Hills in New York for a practice round, he had an encounter with legendary boxer Muhammad Ali, that left him “p***** off”.

Speaking to Golf Digest in April 2020, Woods recalled the unlikely encounter, and explained: “I checked into a hotel, I believe it is where the Hiltons live, and so I’m checking in and I just have my backpack and literally my golf clubs.

“I’m in line at the front desk and I get hit in the ribs, my right ribs. And it hurt.

He continued: “I look around and it’s Muhammad Ali. He said ‘Hey kid, how are you?’

“I said, ‘Why did you have to give me a love tap that hard?’

“He was old but it still hurt.

“And I just can’t imagine being hit in a ring for 15 rounds like they used to fight back in the day. It’s just crazy.”

Asked if considered hitting the heavyweight legend back, Woods said: “No, no, no, no. I was going to lose that one!”

Woods was the top-ranked golfer in the world at the time of the encounter with the late great Ali, a title he had held for 264 consecutives weeks since August 1999.

The next decade of his career, however, was marred with personal troubles and injuries.

He took some time away from the sport from December 2009 until early April 2010 in an attempt to solve marital issues with his then-wife Elin, and, after admitting to numerous infidelities, the pair eventually divorced.

Woods plummeted to number 58 in the world before rising back to the very top between March 2013 and May 2014.

Injuries forced him to undergo multiple surgeries between 2014 and 2017, resulting in him competing in just one tournament in three years, and dropping out of the world’s top 1,000 golfers.

Upon his return, he steadily grew back to the player he once was, winning his first major in 11 years at the 2019 Masters.

Since the devastating car crash last year, speculation over Woods’ future in golf was running rife.

He told Golf Digest in November 2021 that his full-time professional golfing career was over, but he would continue to play “a few events per year”.

Tiger Woods tees off at 6:41pm, with coverage available on Sky Sports. 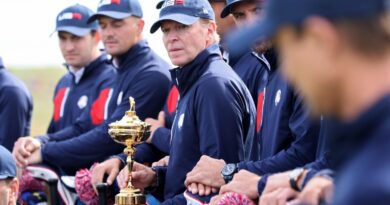