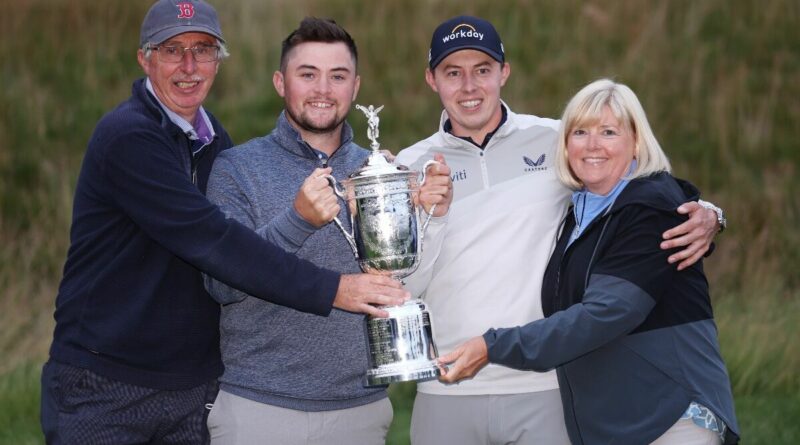 Alex, who will make his pro debut in the Horizon Irish Open next Thursday on the DP World Tour, claimed the deal involved ‘more money than I could comprehend’, but ultimately turned it down due to a chat with his elder sibling. “Matt helped me make the decision along with my parents and his incredible victory emphasised to me that I made the right decision,” said Alex, as quoted by the Daily Mail. “It is about the dream, not the money, although the money is very nice.

“Matt’s win just highlighted to me why I practise hard every day. I can’t tell you how much I want to accomplish as much as he has, and he is nowhere near finished yet either.” The new world number 10 won the US Open in Brookline, Massachusetts, finishing six under par, one shot ahead of Will Zalatoris and Scottie Scottie Scheffler who tied for second.

The victory saw the 27-year-old become just the third Englishman in the last 90 years to win the title, after Tony Jacklin in 1970 and Justin Rose in 2013. After flying to North Carolina on Saturday, Alex almost missed his brother’s sensational win. “When I left the course to go home and practise he was four back and when I landed two hours later he was tied for the lead,” explained Alex.

JUST IN: Grayson Murray refuses to apologise after hurling putter and snapping club at US Open 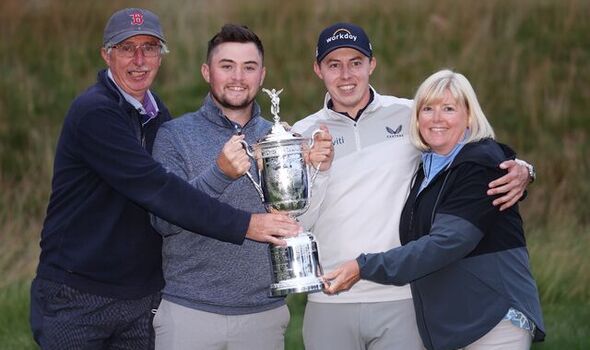 “I thought to myself, ‘There’s no way I’m missing this’ so I turned around and flew straight back again. It cost me about $160 dollars but I reckon Matt can reimburse me.” Fitzpatrick became just the second man, after Jack Nicklaus, to win both the US Amateur and US Open titles at the same venue when he clinched victory at The Country Club.

The new world No 10 told Sky Sports: “Any record you share with Jack is incredible. To share that one in particular is incredibly special. He called me after the round and congratulated me. It’s crazy to receive something like that from such a great golfing legend.

“[Winning the US Open] is incredibly surreal. I was doing media after the round and genuinely had to question whether it was a dream, whether I was going to wake up. I have never felt like that. People say that and I don’t buy it, but it certainly felt that way [for me].”

Meanwhile, LIV Golf series founder Greg Norman hit back at the PGA Tour’s decision to ban players who defected to the circuit. “Look, if they want to look at it in prism, then why does the PGA Tour have 23 sponsors within the PGA Tour doing 40-plus billion dollars worth of business with Saudi Arabia?” he said during an appearance on Fox News this past Saturday.

McIlroy tops Koepka in Player of the Year voting