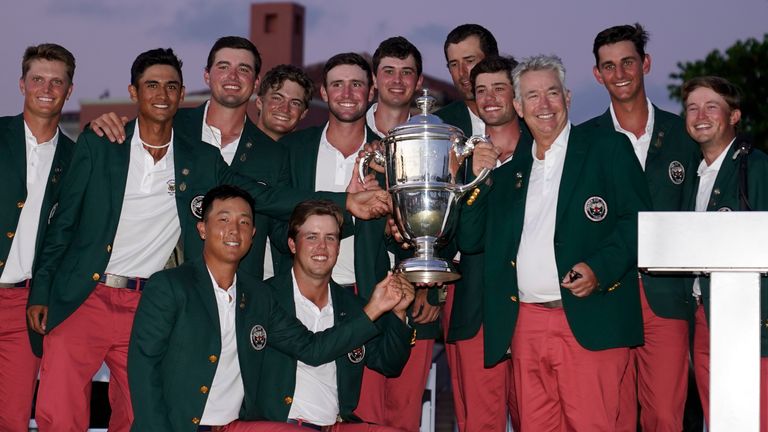 Team USA retained the Walker Cup after holding off a spirited fightback from Great Britain and Ireland to claim a 14-12 victory at Seminole in Florida.

Trailing 7-5 overnight, the visitors gave themselves hope of a first overseas win in 20 years when they won two of Sunday’s foursomes and halved another to close within half a point of the holders heading into the final singles sessions.

But Nathaniel Crosby’s side got off to a fast start in the singles and collected five-and-a-half points from the final 10 matches to ensure their fifth consecutive victory on home soil. 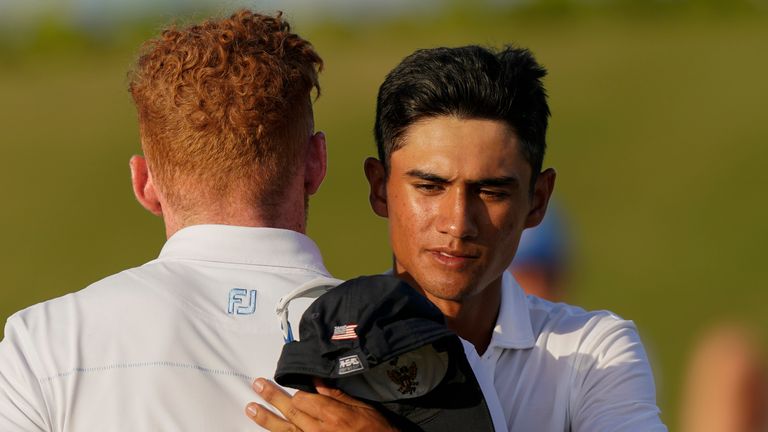 With many players still not 100 per cent fit following the stomach big that had decimated both teams, and both captains, Mark Power partnered John Murphy to victory in the opening encounter on Sunday before Ricky Castillo extended his winning record to three out of three, teaming up with William Mouw for a tight win over Alex Fitzpatrick and Barclay Brown.

Angus Flanagan and Ben Schmidt then hit back from three down with four to play to snatch a half point against the shell-shocked pairing of Davis Thompson and Cole Hammer, with Matty Lamb and Jack Dyer supporting from the sidelines having thrashed Stewart Hagestad and Tyler Strafaci 6&5.

But Power’s hopes of completing four straight wins were crushed in match one of the Sunday singles as he slumped to a 7&6 defeat to Austin Eckroat, and Fitzpatrick’s miserable Walker Cup was completed with a 3&1 loss to Pierceson Coody – the Englishman losing all four of his matches in the competition.

Joe Long, Lamb and Flanagan renewed hope for the visitors with excellent wins while Brown won the 15th, 16th and 17th holes to go one up against Quade Cummins only to bogey the last and be held to a half.

The USA then won three of the remaining four matches, with Castillo completing a perfect 4-0 record with his 2&1 win over Murphy and, although Dyer fought back to get the better of Strafaci, Hammer and Hagestad were too strong for Schmidt and Ben Jones respectively in the final two encounters.

“It’s been a great weekend of golf,” said GB & Ire captain Stuart Wilson. “The guys came out fighting and tried to equip themselves as best as they could, unfortunately it just wasn’t their weekend.

“From our perspective we’ve maybe let the Americans get away with a bit too much, a few slack shots here and there. But hats off to the USA team for pulling the victory off.”