Tiger Woods escaped a Tuesday morning car accident with his life, but suffered "significant" leg injuries that required extensive surgery and a rod being inserted into his lower right leg.

"Comminuted" means there were multiple fragments of the tibia and fibula shattering, ESPN injury analyst Stephania Bell said on the network Wednesday morning. "Open fractures" are otherwise known as compound fractures, meaning the bone has gone through the skin.

Doctors placed a rod through the tibia (goal is that bone heals around it), with a "combination of screws and pins" to stabilize additional bones in the ankle and foot, indicating multiple injuries there.

KEEP INFORMED: Get the latest on Tiger Woods' injury and recovery. Sign up for our sports newsletter.

Tiger Woods' vehicle after he was involved in a rollover accident in Rancho Palos Verdes, California, on Feb. 23, 2021. Woods had to be extricated from the wreck by Los Angeles County firefighters, and is currently hospitalized. (Photo: Harrison Hill, USA TODAY)

"Surgery takes a long time because they have to put the right tension on it, they have to reposition," Bell said. "They're trying to get anatomical alignment."

Furthermore, trauma to nearby muscle and soft tissue required doctors to "surgically release" the muscle to reduce swelling. That is done to reduce nerve or blood vessel damage, Bell said, and is common during "high-energy" injuries, such as those suffered during a high-speed car accident.

Bell said Woods should be monitored for infection, which is always a potential issue for open wounds, but that doctors likely have him on antibiotics and thoroughly cleaned the area before and while caring for Woods.

Bell added that a trauma center usually prioritizes the most dire injuries, and that more surgeries could be required for the golfing legend.

Los Angeles County Fire Chief Daryl Osby told reporters Tuesday that responders told him there were injuries to both legs, although the extent of the injuries to the left leg remains unknown.

Woods underwent his fifth back surgery in December and has previously had his spine fused. Bell said recovery would look like "months, not weeks" based on the initial release of information.

WHAT WE KNOW: Latest updates and details from single-vehicle crash 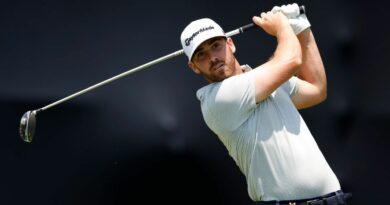 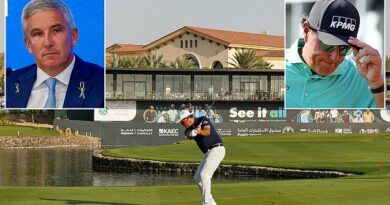