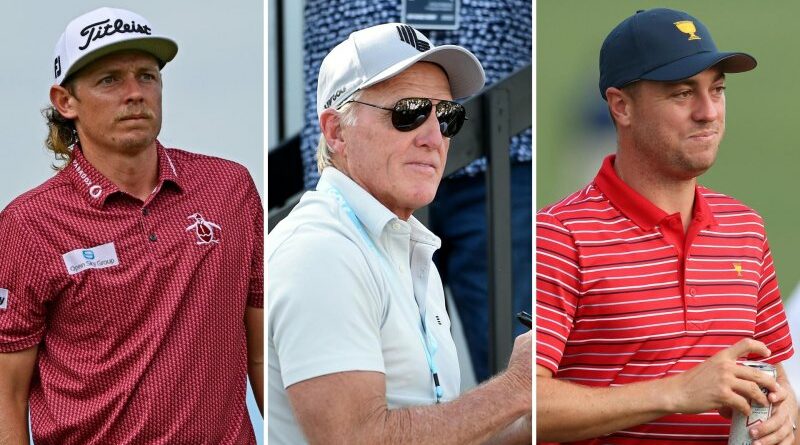 Judge Smails Ty, what did you shoot today?

Judge Smails Then how do you measure yourself with other golfers?

Distilled down to its elemental state, sport constitutes the process of measurement. The dark art of determining and comparing the particular and cumulative performances of athletes, against the corresponding achievements of their confrères. For it’s through that act of measuring that one is able to say with any degree of conviction that any athlete is stellar, mediocre or overrated.

And yet measuring can also throw up some curious anomalies. The Official World Golf Rankings started in 1986. Since then, a list has since been published every week.

Roughly 25 golfers have held the top mantle. Tiger Woods sat throned atop the world for a cumulative 683 weeks, more than 13 years in total. In contrast, Justin Thomas, winner of two major championships, was the best in the world for five weeks a few years ago. Tough school.

Rory McIlroy, on his day, is the most devastatingly phenomenal player now playing the game, yet he’s only been the numero uno for a combined 106 weeks during a 15-year career. Even though he’s won four Majors, three FedEx Cups and however many of the folding stuff.

Add to all of that, Greg Norman was the world’s No.1 golfer in the 1980s and 1990s for a combined 331 weeks. Second to Woods only, on the numbers, with daylight is a distant third. But Norman won just two majors, the same haul as Thomas. 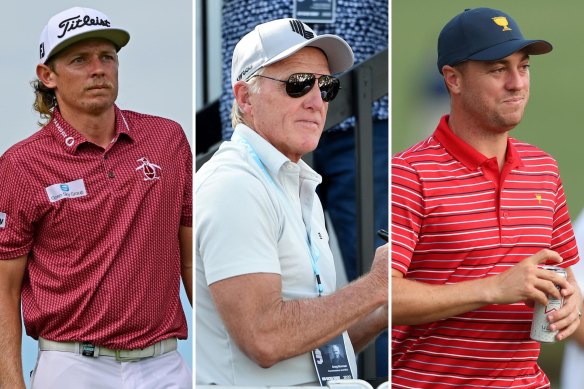 If professional golf was a 54-hole sport when played at its highest echelons, Norman would’ve won nine majors (discounting the 1993 Open in which he won charging from behind). Only three golfers in the whole of history – Jack Nicklaus, Tiger Woods and Walter Hagen – have a better record over 72 holes (and match play, in Hagen’s case).

Nine majors would’ve put Norman on equal standing* with Gary Player and Ben Hogan (*of course this is measuring Norman’s 54-hole record against everyone else’s 72-hole achievements, but you get my drift). Immortal company, especially in Hogan’s case. Hogan is the golfer’s golfer, the purist. Put differently, if only golf was a 54-hole sport … Norman would’ve been in the Pantheon of Immortals.

Which brings me to this juncture. Having sat through the Presidents Cup last week, it struck me that the event had a certain “1995 State of Origin” — in the exclusion of Super League defectees — vibe to it.

Yes, Tom Kim was heroic and Cameron Davis was a debutant of real promise, but it’s a farce that Cameron Smith was excluded. Based on that edition of the Presidents Cup, the future of professional golf and what it looks like, is uncertain. 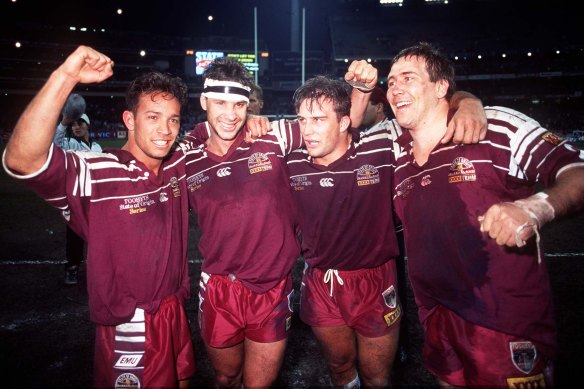 The 1995 State of Origin series took place without most of the Brisbane Broncos stars, who had aligned with Super League. Not that it mattered much to Queensland…Credit:NRL Photos

Whatever the Presidents Cup was, it most certainly wasn’t the best against the best. As matters stand, the Ryder Cup in 2023 will be similarly bereft of some of the game’s most talented.

It’s difficult, actually, to take the Presidents Cup all that much seriously, if a player ranked No.2 in the world is intentionally excluded. Same goes for Dustin Johnson and even Patrick Reed – after all, every Looney Tunes cartoon needs a villain.

This doesn’t constitute a farce for those who have opted for a seat inside Norman’s travelling circus tent because they’ll be forever looked after financially. Instead, excluding the world’s best players based on career choice is diabolical for golf.

You would hope to think that things like the Ryder Cup, and the path to participation in the game’s four majors, should sit above certain things. Alas, none of that is the reality. What happens to the majors in the future and beyond if LIV’s players are kept in the freezer? Nothing good, that’s for sure.

It is an affront to all professional golfers because whoever is ranked inside the top 20 a year from now have some sort of asterisk.

It’s clear, abundantly clear actually, that LIV Golf’s tournaments should be given OWGR status for players to earn world rankings points. That Cameron Smith’s world ranking is left decaying because his achievements in LIV’s Utopia don’t count, makes a mockery of the entire rankings system.

Which in turn makes a mockery of the athletes both sides of the “divide”. It’s not just unfair to the LIV devotees, but also their harshest critics.

That LIV isn’t yet sanctioned for OWGR status, and yet South Africa’s truly prominent Big Easy Tour is — with its 54-hole tournaments for development players — says much about the churlishness of intent of the decision-makers, fiercely loyal to the establishment.

To continue down this path constitutes an affront to all professional golfers, because whoever is ranked inside the top 20 a year from now will have to have some sort of asterisk next to his name, denoting that the calculations are made on the basis of excluding certain players. And once that disclaimer is made, the world No.1 isn’t necessarily the world No.1 any more.

Of course, that’s not to say that a 54-hole LIV event in Anytown, USA should achieve anything like parity with the rankings points awarded for PGA Tour events. Far from it, considering the LIV model comprises 48-player fields, 54-hole shotgun start tournaments, no halfway cuts and no risk whatsoever of not getting paid no matter if you’re swinging the club like an octopus fallen from a tree.

Remember also that LIV is a closed shop in that there is no “Tour School” at the end of the season to qualify for the next year. The depth of the quality of the fields in each tournament is all questionable, noting the seeming dominance of a few players so far since this shebang kicked off in June. Moreover, there ain’t actually all that many LIV tournaments scheduled, in which players can achieve points.

It’s farcical that LIV players aren’t able to earn OWGR points at all. The question shouldn’t be whether LIV tournaments should have world rankings points awarded. It’s clear they should. The better question is how you objectively rank any successes in the closed LIV ecosystem. 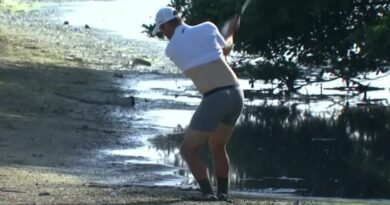