After a stellar amateur career, and then finishing in ties for seventh and second in his first two events on the PGA Tour as a professional in 2009, Rickie Fowler has been dogged by lofty expectations.

Critics eventually pounced when his win total paled in comparison to his celebrity and role as one of the Tour’s leading men, his appearances on golf magazine covers and in commercials irking many. To them, he was more flash than substance.

Fowler, as he does with most everything in his life, took it in stride. Even when he started winning, critics remained as his win total wasn’t commensurate to his talent. It hasn’t been enough that he’s won eight times around the world — four PGA Tour titles, including the 2015 Players, which came after a poll of his peers revealed he was overrated; two wins on the European Tour, a victory over Rory McIlroy in the Korea Open and a triumph in Tiger Woods’ 2017 Hero World Challenge.

For a few years now, he’s been in the conversation of who the best current player is without a major title on his resume, a label that’s like a double-edged sword. He has nine top-10s in 34 majors as a pro, including finishing in ties for second in the U.S. Open and British Open in 2014 and winding up a stroke short of Patrick Reed in the 2017 Masters. He’s been a mainstay in the world’s top 10 for the better part of 16 months.

Still, when Bryson DeChambeau won his fifth PGA Tour title in last week’s Shriners Hospitals for Children Open as Fowler finished in a tie for fourth in his season debut, a few golf outlets pointed out that DeChambeau’s total in just three seasons surpassed Fowler’s haul accrued in nearly a decade.

Fowler concedes there’s a major hole on his resume, and he certainly wants to rack up more wins. But he’ll add that his trophy case won’t define him.

“I don't measure all my success just off winning,” said Fowler, 29, whose last PGA Tour win came in the 2017 Honda Classic. “I feel like I'm having a positive impact on the game of golf and doing a lot of things away from golf to kind of help build a legacy in a way. It's not all about golf.”

It’s also about his roles as a philanthropist and pitchman for Cobra, Puma, Farmers Insurance and Quicken Loans. His passion for growing the game. The expansion of his brand as the CEO and president of Main Event Productions, a multimedia production company.

“There is so much more I want to do,” Fowler said. “Being able to leave my mark when the time is up, that's not just about trophies. I think in golf you're always trying to look at the glass half full. If you just base it off winning and trophies, that doesn't happen very often. All of us want to win out here. Just doesn't happen a whole lot. I need to make it happen just a little bit more.”

“Kind of knocked some of the rust off,” last week, Fowler said. “I was happy with the form, happy with how it went. The fall season is kind of a time where we're trying to take some time off, rest, get ready for next year, and an event like this is perfect. You get to kind of hang out, relax, have a good time and hopefully play some good golf on top of that.”

Spieth, 25, who finished in a tie for 55th in his season debut last week in the Shriners Hospitals for Children Open in Las Vegas, is playing for the first time in the Mayakoba Golf Classic. He’s also attending to details concerning his upcoming wedding. He will marry his high school sweetheart, Annie Verret, over Thanksgiving weekend.

He’ll try to give himself an early wedding present this week.

“Last week was a good trial run for what I was working on the last couple of weeks. I can make adjustments,” Spieth said. “It was really off the tee where I struggled. The rest of the game is coming about nicely. The good news is I know what to work on. I just have to kind of do it and execute.

“I’d like to get in contention and get the nerves pumping and see what that leads to. Whether it leads to a win, or even if it doesn’t, learning then how to make up for whatever is a little bit off as we go into 2019.” 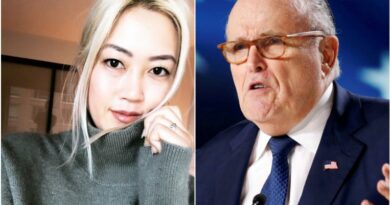