Former world No 1 Justin Thomas has issued a warning to fans to get checked for skin cancer after revealing his own melanoma scare.

The 2017 USPGA Championship winner shared an Instagram post showing a huge wound stitched together on his leg, and explaining how a cancerous mole on his leg had been removed after being detected by a dermatologist.

He went on to ask his supporters to take care after spending time in the sun. 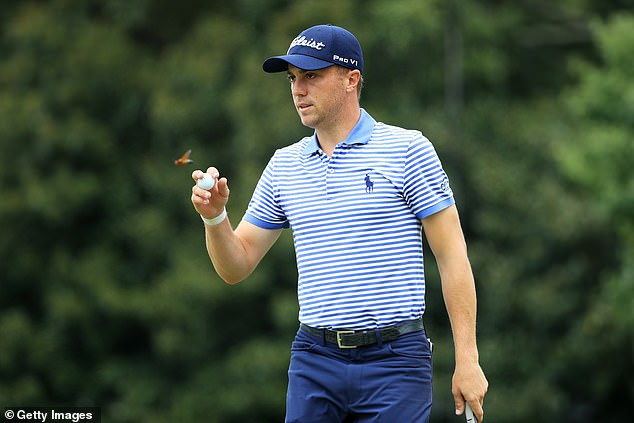 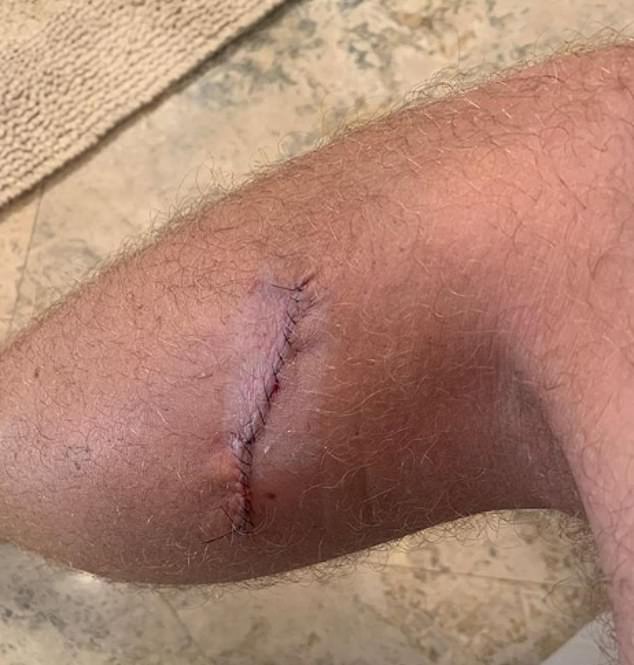 On Instagram, Thomas posted: ‘I recently had a scare at the dermatologist where a very small mole on my left leg was caught in the early stages of melanoma. Luckily, we found it at a time where there should be no problems going forward.

‘That being said, EVERYBODY GO GET CHECKED!! No harm can come from it and it’s the best way to catch anything before it becomes a serious issue.

‘Especially for all the junior golfers (and other athletes) spending so much time in the sun. It is so important to make sure you’re monitoring your body – no matter how old you are or how much sunscreen you use.

‘It really got my attention, and hoping it does the same to y’all!’

Thomas is the world No 5 and won just weeks ago at the BMW Championship during the PGA Tour play-offs. 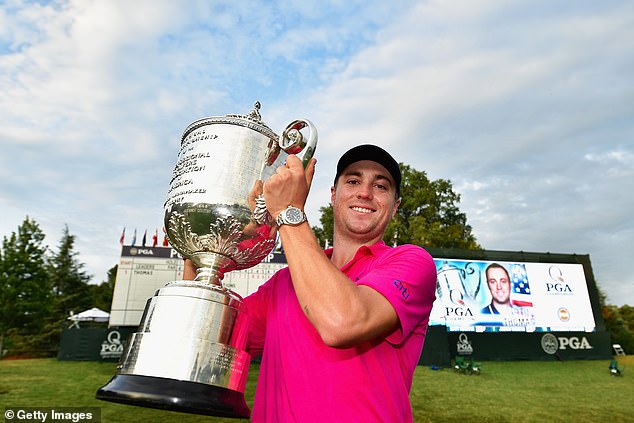