For the past 30 years, Colleen Walker has pinballed around Mudgee Race Club as a hands-on volunteer and committee member – and especially on this day when thousands converge on the course for the Mudgee Cup.

On Friday, however, the 64-year-old grandmother will watch from her property overlooking the course after being indefinitely stood down amid allegations she bullied a Racing NSW staff member at a race meeting earlier this year. 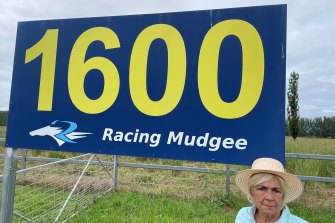 Colleen Walker, who has been stood down from Mudgee Race Club indefinitely over bullying allegations.

“It breaks my heart to not be there,” Walker said. “I just cry. This has broken me. It’s not that anyone can’t be replaced, but you don’t work your guts out and have it taken from you like this.”

Walker and her husband, Max, estimate they’ve already spent $179,000 in legal costs fighting to clear her name through the Supreme Court. Then there’s the toll it’s taken on her health.

“She’s had to go to the doctors several times,” Max said. “It’s ruined her. She can’t talk about it without breaking down because it’s so personal.”

Racing NSW stewards launched an investigation into Walker’s behaviour following a Country Championships meeting on February 28, the day after the Charity Shield match between South Sydney and St George Illawarra.

Racing NSW marketing executive Julia Camilleri never lodged a complaint against Walker but was asked to provide evidence at the hearing, saying Walker “sprayed me very aggressively” over the running of the VIP function that day about issues such as the guest list and seating arrangements.

Camilleri is the daughter of prominent horse breeder and Steggles supremo John Camilleri.

“A royal commission into hurt feelings” is how one Mudgee Race Club director has described the probe, although Racing NSW chief executive Peter V’landys says the complaints are far more serious.

“We have zero tolerance for bullying,” V’landys said when contacted on Thursday.

More than 200 people were interviewed before a two-day inquiry, the transcripts of which have been obtained by the Herald. 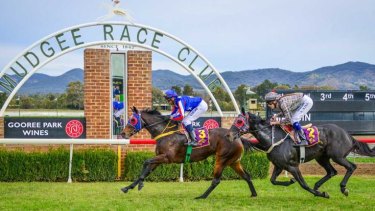 Mudgee Race Club has been rocked by the allegations.Credit:Jay-Anna Mobbs

Camilleri told the hearing Walker had “snuck” people into the function. She also claims Walker had said, in the presence of 2GB broadcaster Ray Hadley, that Camilleri was “making my hair go grey”.

Asked if Walker had sworn or called her names, Camilleri said no.

“She said I snuck people in,” Walker said. “I did not … I recall saying to her on the day, as a friend, ‘You’re an executive, just take charge of things’. She didn’t appreciate that, but she seemed a little lost.”

Some people invariably call the Walkers the “heart and soul” of the club. Others, though, claim the couple treat it as “their personal fiefdom”.

‘People have been stopping me in the street asking me why they were being interviewed by Racing NSW.’

The disparity of opinions about Colleen Walker can be found in the evidence provided to the hearing, especially those on the Mudgee Race Club committee.

One director, James Buchanan, said: “It’s her nature to take all that on and I think Mrs Walker and her husband are very passionate and have a lot of their lifetime supporting the club.”

Another director, Arthur Collins, said: “Colleen, under extreme pressure, would blow a fuse and there were occasions when I witnessed it to just ordinary work people, who may be employed or even volunteers. None of us were exempt … if things weren’t being done the way she wanted.”

For her part, Walker claims she is the victim of a witch hunt as Racing NSW investigators gathered information.

“People have been stopping me in the street asking me why they were being interviewed by Racing NSW,” she said. “Anyone who had worked for the race club over the last five years. They were being asked if they had been abused, harassed and bullied by me.”

Complicating the matter is that the racetrack’s 1600-metre chute, from which the Mudgee Cup will start on Friday, extends onto the Walkers’ property.

The Central West town has been buzzing with speculation a fence will be extended across the chute before the main race, or a marquee set-up near the barriers.

“I built that chute on our land,” Max said. “It’s a magnificent chute. I’ve built that myself: my own equipment, my own time. We’ve built that club. I’ve put $1 million of stuff into it.”

Walker also holds grave concern about the process that has led to her being stood down.

She received a notice from V’landys on March 18, stating the club was suspended until the investigation and inquiry into her conduct took place.

She stood down four days later for the good of the club but since then has been in dispute with Racing NSW about its processes.

Following the inquiry, she was asked to show cause notice to show she is a fit and proper person who should remain director of a race club.

On legal advice, she took the matter to the Supreme Court, claiming the governing body did not have the jurisdiction to sanction volunteers, nor suspend the club as it did.

The court found in Racing NSW’s favour in August on both counts. Walker says she is considering an appeal but is weighing up the financial cost. 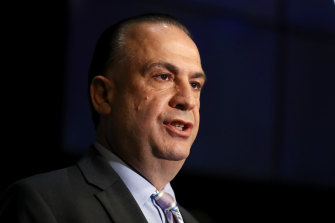 V’landys, for his part, says the Walkers have not availed themselves of the avenues of appeal open to them.Credit:Getty

“Like every racing participant, she has the right to due process and natural justice, which she didn’t wish to undertake,” V’landys said. “She has been given the show cause notice. In racing, once the stewards hear it, she has two avenues to appeal if she wants. She’s the one who doesn’t want to avail herself to that opportunity, not us.”

Walker fears she will not get a fair hearing because the appeal’s panel is likely to have Racing NSW employees on it.

Either way, Walker’s future remains in limbo. She is unsure if she will watch the Cup from afar on Friday.

“I haven’t done this to clear my name,” she said. “It’s for everyone in the industry who this could happen to. I’ve taken it on because nobody deserves this — and least of all me.”

THE QUOTE
”When Muhammad Ali fought an unbelievable puncher in Joe Frazier, he rang Cus D’Amato and said, ‘What do I do?’, [D’Amato] said, ‘You hit him with the best right hand you’ve ever thrown in your life in the first round and you change the fight.’ And that’s what I did.” – George Kambosos jnr explains his stunning upset victory over Teófimo López in their lightweight world title fight at Madison Square Garden on Sunday.

THUMBS UP
When Winx raced for the last time, winning the Queen Elizabeth Stakes in April 2019, this column revealed a grandstand would be named in her honour. ATC chief exec Jamie Barkley denied black and blue it was going to happen. On Thursday, the $46.6 million stand was unveiled at Royal Randwick. A fitting tribute to the mighty mare and a reminder the truth is always out there.

THUMBS DOWN
Like many people, I’m a Brandon Smith fan. I have a pair of Hectic Cheese Budgy Smugglers to prove it. But there’s a sizeable difference between being a loveable rogue and being disrespectful to your former club, which he walked all over on his way to signing with the Roosters for 2023. The Storm are entitled to be cranky.

It’s a big weekend for …
Matildas star and Chelsea forward Sam Kerr who squares off against national teammates Caitlin Foord, Steph Catley and Lydia Williams for Arsenal in the Women’s FA Cup at Wembley at 1am on Monday (AEDT). 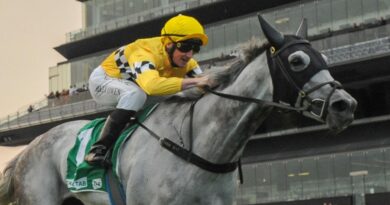