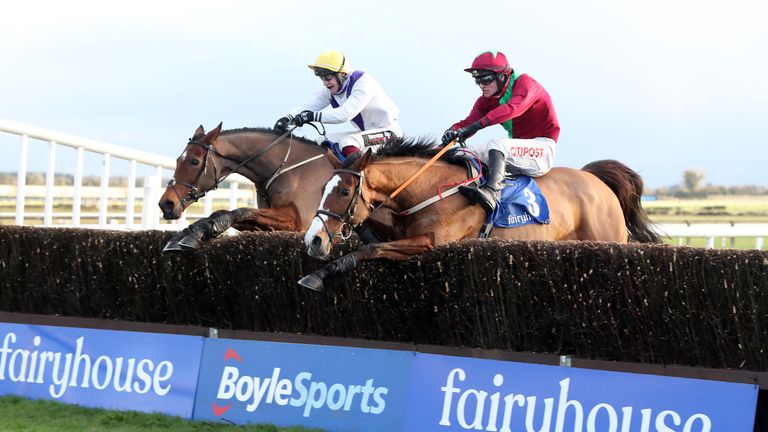 The Mags Mullins-trained eight-year-old has built up an extraordinarily consistent record over the years, having only finished out of the first three once in 18 outings before this, when fourth on her hurdling debut.

However, she had only managed to get her head in front on four occasions, which for a mare with her ability did not really do her justice.

Sent off 10-1 on her first run of the season against some smart opposition despite the late defection of Shattered Love, Danny Mullins was happy to take a lead from Cabaret Queen.

Paul Townend was stalking on odds-on favourite Salsaretta, but she was treading water before the turn into the straight.

As Cabaret Queen gave way Moyhenna was the big danger and possibly got in front after the last, but Agusta Gold dug deep to win by half a length to claim the Grade Three feature.

Paddy Power introduced the first two into the betting at 20-1 for the new mares’ chase at Cheltenham.

“It was a good performance. We thought that she might need the run, on her first run back in a competitive race like that,” said Danny Mullins.

“She was very solid last year, and tough. This kind of track and big fences seems to suit her so hopefully we’ll have a crack at some of those good staying chases through the spring. She’s a mare going the right way.

“She was a Grade B winner over hurdles and graded-placed last year so to get the graded win over fences is great.

“The Irish National was the plan last year, but it got cut short. Hopefully that could be the plan again.”

Relegate to stay over hurdles for Colm Murphy