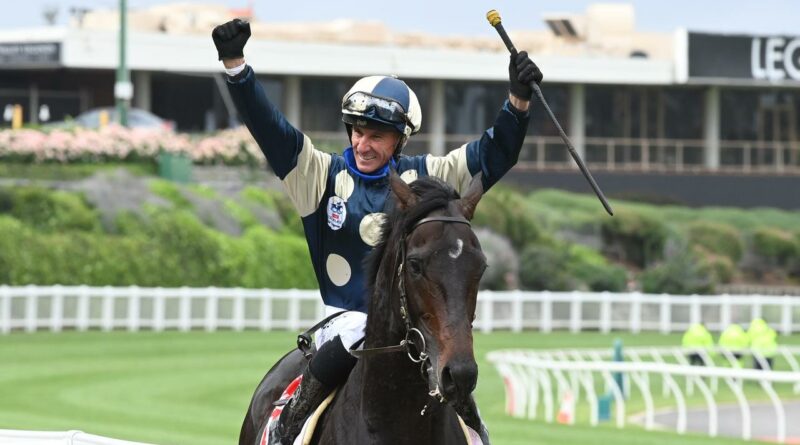 Despite the breathtaking performance, co-trainer David Eustace said the former international would still most likely be saved up for the world’s richest mile at The Valley on March 13.

“I don’t think we’ll get too carried away running him in a Group 1 over 1400m on a hard track, that’s not going to be what’s going to suit him,” Eustace said.

“I dare say he’ll still be going fresh into it with the rest of the autumn in mind.”

Nonconformist and Night’s Watch made ground late under hard riding to round out the placings.

“The manner in which he (Sir Dragonet) did it was very pleasing to see,” Eustace said.

Stable confidence was high going into the trial after the Camelot stallion returned from his spell a brighter and much more enthusiastic commodity, as displayed on Thursday.

“We were eager to get him out and into stride because he was a little bit sluggish away in the Cox Plate and you’re not going to be able to afford to miss the kick in the All Star Mile,” Eustace said.

Sir Dragonet is $9 and on the second line of betting in TAB’s all-in market for the All-Star Mile behind Arcadia Queen and Russian Camelot (both $6).

The speed demon had not been seen since running last in the Group 1 Coolmore Stud Stakes last spring, after a gut-busting three-horse drag race at Caulfield in the Blue Sapphire Stakes.

Anders is likely to campaign in Sydney.

Phillip Stokes-trained Ancestry trialled superbly, eased down nearing the post to just get nudged out, while All-Star Mile hopeful Mr Quickie closed off from back in the field.