It seems the horses aren't the only thing getting a ride at Royal Ascot – as almost one in five racegoers have admitted to having sex while attending the event.

Even though they're surrounded by royalty, the randy fans can't help but get down and dirty. According to The Mirror, a survey by freebets.com revealed 17 per cent of them did the deed at Royal Ascot.

Overall, 10 per cent of the 2000 UK fans they asked said they'd had sex at a big meeting. Ascot came out on top, if you'll pardon the pun, while 12 per cent chose the Cheltenham Festival as their place to get pleasurable.

Next came the Epsom Derby with 9 per cent, with Newcastle racecourse following behind with 7 per cent of horse racing lovers showing their affection there.

It seems more respect is shown at York and Doncaster, as they only totalled 5 per cent and 3 per cent respectively of the respondents. The poll also asked them if they'd ever cheated on a partner at the races.

Have you got a wild story from the races? Let us know in the comments section below

Roughly 14 per cent of the men said they had compared to 4 per cent of the women who admitted to a dalliance. The survey found those aged between 25 and 34 were most likely to slip off for a quickie.

A spokesman for Freebets said: "Backing a winner and having a couple of drinks is a heady mix. Couples get carried away."

Royal Ascot has earned itself a reputation for wild scenes, with the annual event often descending into chaos – especially on Ladies Day.

Kieren Fallon excited to be riding in Leger Legends 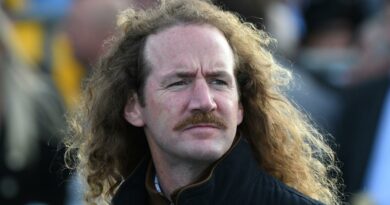