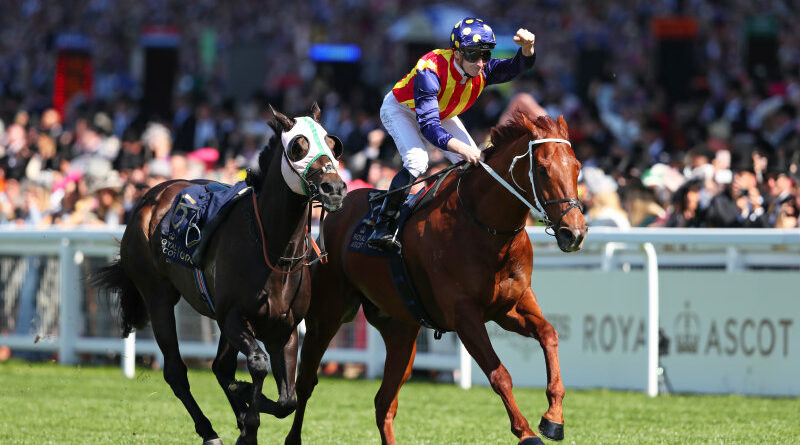 The world’s fastest horse Nature Strip has conquered the world’s most coveted five-day carnival, blowing away the best of the best down the Royal Ascot straight on Wednesday morning in the King Stand Stakes.

Trainer Chris Waller labelled the win in the top five of his career, saying post-race that the dominant performance would “remind everyone how strong we are in Australia”.

“Australia’s got a huge racing industry, a huge breeding industry, and to showcase our breeds and what we do is important,” Waller said after the win.

There was drama from the start after Khaadem left the gates without his rider and race favourite Golden Pal was slow away. Nature Strip, the Everest winner, took his usual 150 metres to get into his rhythm, but Sydney jockey James McDonald looked composed as he gradually sent the sprinter to the front of the field, before racing away over the final 250 metres.

“It means a lot,” an emotional Waller said. 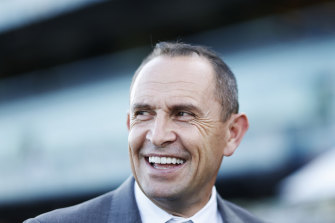 “We don’t get a chance a lot to come up and run against English horses, or Irish, French, Americans … to be able to bring a horse all this way is pretty special, to not only win but to win the way he did.

“It was a good display. He’s a very good horse, he’s been in it for a long time. I guess he’s in the twilight of his career, but he’s just learnt to be a racehorse now. He was a tricky horse early on … he’s matured.

“It’s an honour to train a horse like him.”

Nature Strip follows in the footsteps of Choisir (2003), Takeover Target (2006), Miss Andretti (2007), Scenic Blast (2009) and Black Caviar (2012) as Australian-trained sprinters who competed at racing’s most coveted five-day carnival and won. Choisir won the King Stand Stakes in 2003, and backed up on the final day of the carnival to win the Golden Jubilee over 1200 metres. 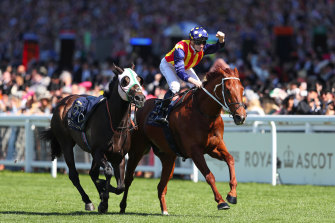 If Waller elects to run Nature Strip again on Sunday morning, he’ll have to take on stablemate Home Affairs who McDonald is already booked to ride. Jamie Kah, regarded as one of the world’s best female jockeys, is in London on standby for the ride.

Waller was noncommittal post-race whether Nature Strip would run again later in the week.

“We’ll get him through today,” he said.

“He’s still got a job to do in Australia. Hopefully, he comes through the race well, and we’ll make a decision later in the week. We won’t be making a decision today.” 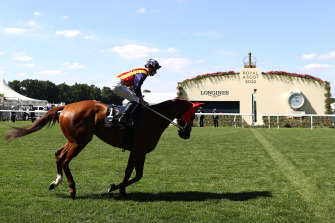 “The team have done a marvellous job,” he said.

“I’m so lucky to be on him. He’s an absolute freak of a horse. I think he would have silenced a few critics with that performance because he was scintillating.”

The American Golden Pal was the boom horse, but he did not threaten the superstar Aussie gelding. 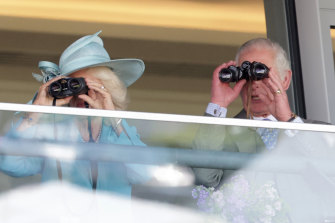 “I’ve seen the American horse, the big spruik horse, charge through, and at the two [furlong] pole I thought, ’Are you going to come?” McDonald quipped.

“He had no response and away [Nature Strip] went.”

The only horse that got close to him was Khaadem, who was disqualified after losing his jockey.

Waller was a picture of calm pre-race, but he admitted to being nervous before the meeting.

“Nerves were pretty bad until this morning, and the horse has got here in great shape,” Waller said pre-race.

“Coming all this way to a different time zone, to the Northern Hemisphere, is a really big thing. The last 12 days have just been recovery from the 40-hour journey to get here,

“He’s in good form. He looks great. I just wanted to see him here safe, so that’s helped settled the nerves, so I’ll let them do the talking now.”

Do the talking, Nature Strip did. 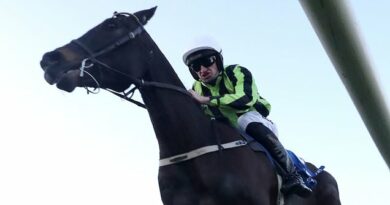