Home » Battaash doing everything right ahead of King’s Stand 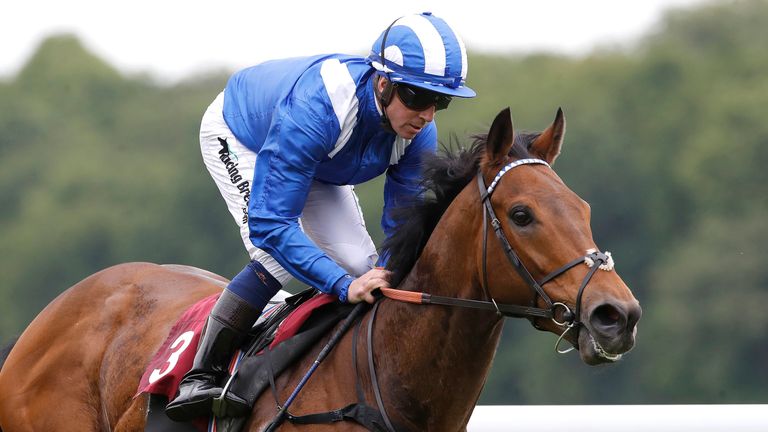 Battaash continues to please as he works towards defending his King’s Stand Stakes crown at Royal Ascot following an injury he sustained over the winter.

The seven-year-old returned to Charlie Hills’ stables in Lambourn in April from his owners Shadwell Stud after recovering from a small fracture.

All has gone well and the five-furlong Group One on June 15 remains the target.

“His trainer will tell you he’s definitely on course for Ascot. It’s been well documented he was late going back in due to his problems during the winter,” said Angus Gold, racing manager for owners Shadwell Estate Company.

“He’s a seven-year-old so our job is to make sure he’s OK. He’s done a couple of bits of work now with Dane O’Neill on and Dane is very happy with him. He worked really well on Wednesday and Dane felt like he was still enjoying it.

“We’ve got just under three weeks left before Ascot. At the moment we’re on track. Whether he’ll be sharp enough to go there first time, only the next two weeks will tell us. We’ve a sporting chance at the moment.”

Gold welcomes the prospect of dry conditions for Mohaafeth ahead of the Cazoo Derby at Epsom on Saturday week.

After one of the wettest Mays on record, the weather is set to settle down and quicken up the going.

Faster ground would greatly improve the William Haggas-trained colt’s chances in the premier Classic, on the back of his impressive victory in the Listed Newmarket Stakes on good to firm at headquarters four weeks ago.

“For the ground to dry out would be a help. That would make a difference to this horse with his action,” said Gold.

“All his best form seems to be with top of the ground. Hopefully, we’ll get a dry spell.

“He’s in great form. They are all happy with him. I saw him yesterday (Wednesday) and he’s in great shape.”

Mohaafeth is around a 7-1 shot for the Derby.

Shadwell and Haggas are responsible for short-priced favourite Al Aasy in the Cazoo Coronation Cup on Friday week.

The four-year-old has won two Group Threes at Newbury this spring in impressive fashion to earn his chance at Group One level.

Gold feels Al Aasy may have been flattered by his latest success in the Al Rayyan Stakes, but is not questioning his right to go to Epsom.

“To be absolutely honest, I think one could be a little bit lulled into that Newbury performance. Those around him were under pressure a long way out, but I loved the way he travelled,” he said.

“His confidence is sky high now and he’s a very worthy contender.” 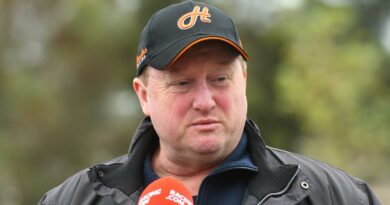 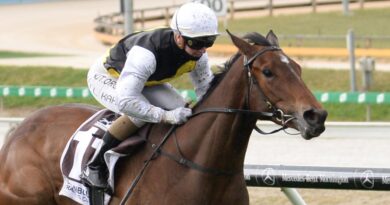