GODOLPHIN has secured its second Caulfield Cup after Best Solution held on in a desperate finish to win the $5 million race after leading throughout the race.

The win comes a decade after Saeed bin Suroor trained All The Good to win the world’s richest 2400m handicap race.

Best Solution jockey Pat Cosgrove said the horse was incredible after everything went against it.

“I can’t beleive it. I give all credit to the horse,” Cosgrove said.

“We had a bad draw, jumped slow, had a bad trip and committed early. It was a nice position but I had to work so hard to get to where I wanted to be.

“I was five deep coming around the corner here and I had to wait and wait and I got in this position but I thought I’d used too much petrol to get there.”

Trainer Bin Suroor said he was turning his sights to the Melbourne Cup.

Speaking in September, Bin Suroor said the aim was Caulfield and then Melbourne Cup.

Cosgrove said it was an incredible performance and it would allow the stable to dream of Cup glory on the first Tuesday on November.

“I think anything its possible after today, we should have got beat,” he said.

“We had a bad trip and everything went wrong for me but it was a great day.”

This is how it all went down.

Best Solution too good in the Caulfield Cup pic.twitter.com/rcFEmzI1Tf

The Caulfield Cup is one of the biggest days on the Australian racing calendar.

The race is a handicap race for three-year-olds and older over 2400m with Best Solution’s trainers taking home a huge prize of $3 million, while the 10th place getter will still get $120,000.

The betting had Kings Will Dream in favouritism just ahead of Youngstar and The Cliffsofmoher.

THE DAY OF RACING

The Cliffsofmoher is set to be a key contender for Kings Will Dream.Source:Getty Images

LLOYD WILLIAMS AND THE CAULFIELD CUP Lloyd Williams has won six Melbourne Cups dating back to 1981 but he had to wait until 2013 to win his first Caulfield Cup with Fawkner. He has shares in three Cup runners — The Cliffsofmoher, The Taj Mahal and Homesman

DAMIEN OLIVER AIMS TO JOIN SCOBIE BREASLEY ON FIVE WINS The turn of the century hasn’t been kind for Damien Oliver as he looks to improve his Caulfield Cup record. Oliver needs one more to join Scobie Breasley as the highest winning jockey in Caulfield Cup history. Oliver’s last win came aboard Sky Heights in 1999 which followed victories on Mannerism (1992), Paris Lane (1994) and Doriemus (1995). Oliver rides Ace High

TRAINERS GOING BACK-TO-BACK In the past 25 years, no trainer has won successive Caulfield Cups. Lindsay Park trainers David and Ben Hayes and Tom Dabernig won last year with Boom Time. They will be represented by Ventura Storm with Jaameh the second emergency

MARES TO CLAIM THE CAULFIELD CUP The males hold an edge over the past 25 years with just four mares winning the race. Overall there have been 22 female winners with Jameka the last in 2016. Only one mare lines up on Saturday, Queensland Oaks winner Youngstar

AGE OF CAULFIELD CUP WINNERS If using the age of a horse to help find a Caulfield Cup winner, four-year-olds have the best record with 47 followed by five-year-olds (43) and six-year-olds (24)

The $7.50 favourite for the $7.3 million Cup was a late scratching from the Caulfield Cup field with trainer Aidan O’Brien instead deciding a light track run would be more beneficial to his runner’s Melbourne Cup preparation.

“He wasn’t put under any pressure today and that’s when you find it out,” Williams said.

“That’s why Aidan didn’t want to run him again today and put him under pressure again seven days after that tough run.

“I know he won easily but whichever way you look at it, he had a very tough run. He sat four-deep the trip and he knew he had that run so we did not want to put him under any pressure so we came here today and he strolled around a couple of laps and he looked good.

“He’s come through it quite well. Obviously the physical signs are the puffy joints, but you wonder what it does to their minds.”

Manikato Stakes favourite Kementari was also given a workout on The Valley track on Saturday morning.

Earlier, Racing Victoria stewards announced they are satisfied there was no untoward betting activity on Yucatan leading up to his scratching from the Caulfield Cup. The Irish stayer was favourite for Saturday’s $5 million race on Monday morning following his impressive win in the Herbert Power Stakes.

In a statement stewards said analysis of Betfair data showed no abnormal price movements before media outlets tweeted news Yucatan was out of the race at 7.32pm on Monday.

The first time the price moved on Betfair was just under two minutes later, when his price went from $6.60 to $9.20, with amounts matched being minimal. 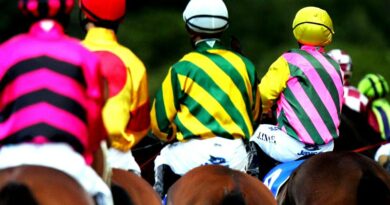 Race-by-race preview and tips for Monday meeting at Tamworth