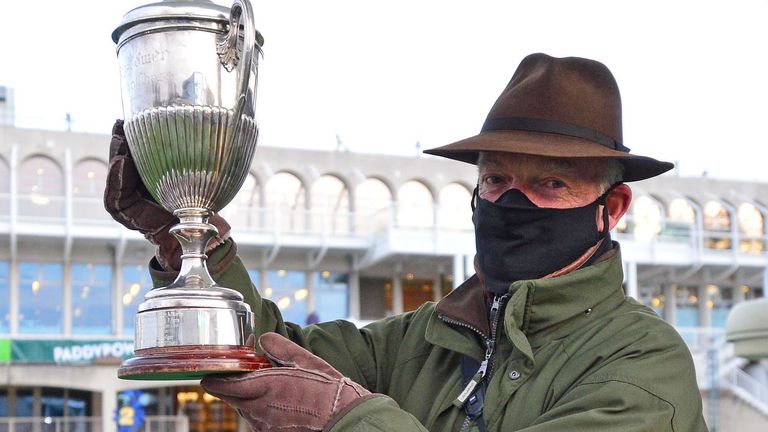 Willie Mullins bids to add to his record tally of eight victories in the Lawlor’s Of Naas Novice Hurdle when Blue Lord lines up, weather permitting, in Sunday’s Grade One.

Blue Lord is set to bid for top-level glory on the back of a debut success over hurdles at Punchestown in November.

The six-year-old had three runs in the French provinces in 2019 and was then bought by Simon Munir and Isaac Souede to join Ireland’s champion jumps trainer.

Gordon Elliott has lifted this weekend’s prize three times in the last four years and is two-handed with Wide Receiver and Ragnar Lodbrok as he tries to maintain his fine record.

Bob Olinger is an interesting contender from Henry de Bromhead’s stable, having hacked up at Navan when sent off the 1-8 favourite after going down by one length to last season’s Cheltenham Champion Bumper winner Ferny Hollow on his hurdles debut.

However, the course is currently unfit for racing because of frost, and an inspection has been called for 1.30pm on Saturday.