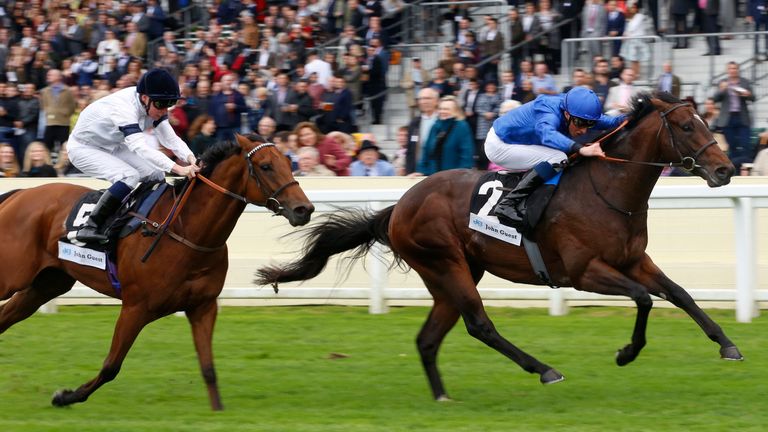 Blue Point warmed up for Dubai World Cup night with an impressive performance to win the Nad Al Sheba Turf Sprint at Meydan.

Godolphin’s top-class sprinter had hinted at better things to come when making a successful seasonal debut three weeks earlier, and disposed of this Group Three opposition with the minimum of fuss ahead of the Al Quoz Sprint at the end of the month.

Log Out Island set the early pace, but the race was as good as over once William Buick brought Blue Point to make his challenge on the stands side in the final quarter-mile.

The five-year-old entire, trained by Charlie Appleby, cruised into the lead a furlong and a half out and coasted across the line three lengths clear of Ekhtiyaar, with Mazzini third.

Blue Point was cut to 8-11 favourite from evens for the Al Quoz by Paddy Power, and to 4-6 by RaceBets.

Divine Image, ridden by Brett Doyle, had taken the previous race, the Al Bastakiya, to spark a quick double for Godolphin and Appleby. 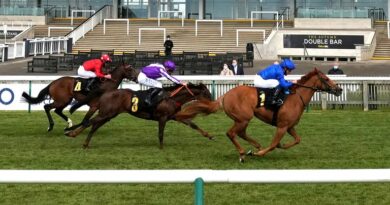 Creative Force on target for Godolphin at Newmarket