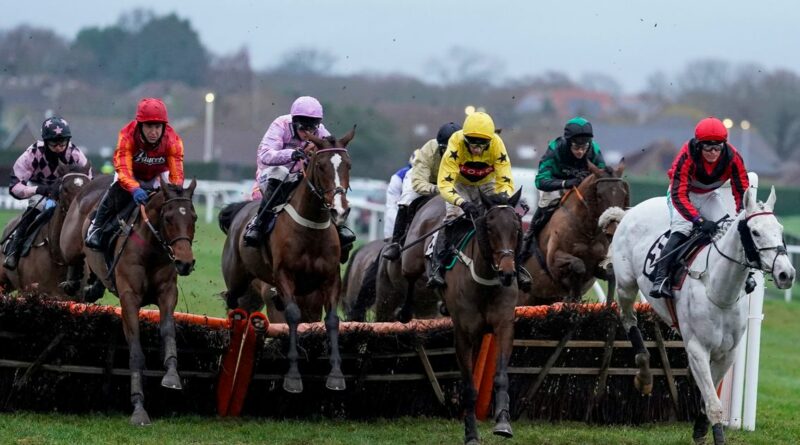 Five horses trained by David Jeffreys are at the centre of a significant gamble on Monday – with one horse shortening to 6-4 from 50-1.

Spread across the days' three meetings – Southwell, Kelso and Plumpton – all five horses have significantly shortened in price, leaving one bookmaker facing the prospect of a "seven-figure payout."

Notnow Seamus has gone from 20-1 to 6-4 and is the first of the Gloucestershire trainer's runners.

However, it is the trainer's final horse that has seen the biggest surge of market support.

Intriguingly, the five-year-old has run at odds as high as 250-1 in his previous four races for Jeffreys.

And in his most recent contest – at Wetherby on February 17 – he finished last by 158 lengths.

Incredibly, none of the five gambled horses have finished placed in any of their previous starts for Jeffreys.

The trainer told the Racing Post this morning: "I'd love to tell everyone about it, but it's really not what it seems – I've no idea where it has come from."

Sky Bet spokesman Michael Shinners added: "We saw a couple of bets late yesterday afternoon, which alerted us to the possibility of a gamble taking place.

"In terms of the liabilities, if all the selections that are in the multiple win, it will take out a seven-figure number."

Today's gamble follows hot on the heels of another last month that almost cost bookies £10million.

It was only the final leg of a big-price treble failing to win at Musselburgh that thwarted the gamble.

It involved three horses at two tracks and started off well with Fire Away winning after going off at evens having been 25-1.

Blowing Dixie was the next to oblige, winning at 4-6 after being backed all the way down from 16-1.

It meant Gallahers Cross – who was backed into 4-5 having been 33-1 – needed to justify favouritism to land the gamble.

But he could only manage fourth, meaning the 15,000-1 treble did not come in.

What horses are involved in today's gamble?

Winner over hurdles for Dan Skelton and some promise in two starts for Nicky Richards before joining current yard.

Pulled up at Market Rasen and beaten over 58 lengths at Ludlow on two starts for Jeffreys.

Second at Wincanton when with Alan King in October 2020 but form figures for current team 9909 and beaten 29 lengths, 37.5 lengths, 53.5 lengths and 41 lengths respectively.

Won two point-to-points but offered nothing in three starts for this stable in novice hurdles in the winter of 2019.

He is by far the stronger of the pair in the market.

He began to drift again on Monday morning.

Yet to beat a rival in four starts over hurdles and given mark after finishing last of 15 at Wetherby on his fourth outing last time.

Was a winner over a mile-and-a-half at Wolverhampton for Andrew Balding on the flat and had a peak rating of 78 in that sphere.

Ground concerns for Stradivarius at Ascot