Emerging trainer Annabel Neasham has been slapped with a $7000 fine after it was revealed on Thursday that star galloper Zaaki had returned a positive to a prohibited substance during the Sydney autumn.

Neasham faced a stewards’ inquiry at Racing NSW after a pre-race blood sample taken from Zaaki before the Group 3 JRA Plate at Randwick on April 24 revealed the presence of meloxicam.

Meloxicam is an anti-inflammatory drug often given to horses after work but is not permitted to be in a horse’s system on raceday.

Neasham pleaded guilty to a charge under AR240 (2) for prohibited substance in a sample taken from a horse and was hit with a hefty fine while Zaaki was disqualified.

Zaaki finished runner up to Paths Of Glory in the 2000m feature before heading north to Brisbane to set the Queensland Winter Carnival alight.

Neasham released a statement following the inquiry on Thursday.

“I am extremely disappointed to get this news, not only because it undermines the standard of integrity and professionalism the stable represents and that everyone in the team strives to achieve, but also for Zaaki‘s owners who are great friends and supporters,” it read.

Zaaki went on to win his next three starts after the JRA Plate in impressive fashion with victories in the Group 2 Hollindale Stakes, Group 1 Doomben Cup and Group 2 Q22.

Neasham confirmed the star import had returned negatives after all three wins in Queensland.

It’s an unfortunate blip on the otherwise unblemished resume of Neasham, who has quickly emerged as one of the country’s most exciting young conditioners.

“It is a steep learning curve,” she said.

“To mitigate future risk I will be reviewing all of our processes to ensure this does not happen again, which will include lowering our dosage level of meloxicam.” 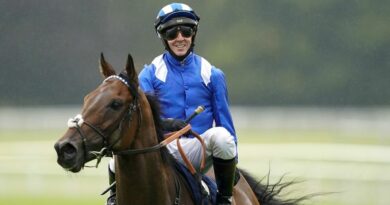