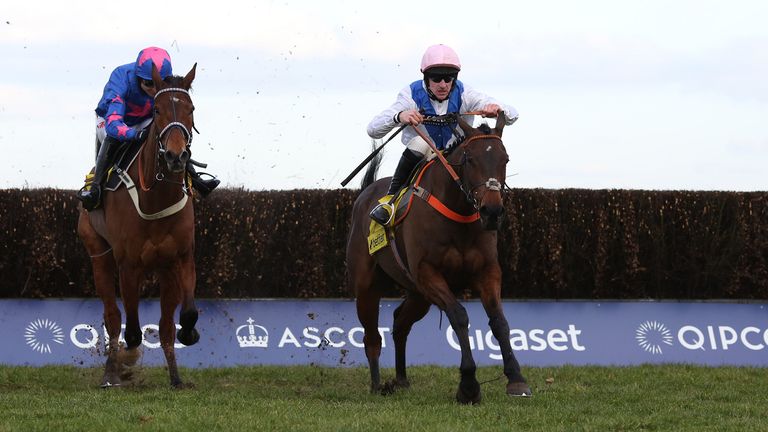 Jockey Brian Hughes and trainer Nicky Richards shared the honours with four winners each at Carlisle on Sunday.

Hughes’ four-timer enabled him to draw level with reigning champion Richard Johnson on 95 winners in this season’s title race. He made hay, while Johnson failed to score on his only ride of the day at Southwell.

After Big Bad Bear’s victory, Richards told Racing TV: “It was nice and smooth, and he jumped pretty good. Brian said over the last two hurdles the sun was just glaring at them and he didn’t go and jump the last two good, but he won nicely.

“The second horse (Multellie) of Tim’s (Easterby) seems to like it here, so it might not be a bad performance.

“In the short term, we wouldn’t want to be running him on that ground too often. Better ground will suit him, he might have one more run in the next six weeks or so and the nice ground might be around the corner by then. He’s not the biggest, but he’s a grand little jumper and I’ve no doubt he’ll jump a fence.”

The Greystoke trainer’s other two winners were Chapel Stile (11-4) in the Like Racing TV On Facebook Chase and Teddy Tee (4-1) in the Join Racing TV Now Handicap Chase, both ridden by Ryan Day.

Richards is also looking forward to stepping Ribble Valley up in class in the Sky Bet Supreme Trial Novices’ Hurdle, registered as the Kennel Gate.

Horse racing tips TODAY: Who to back at Southwell, Newcastle, Wincanton and Carlisle