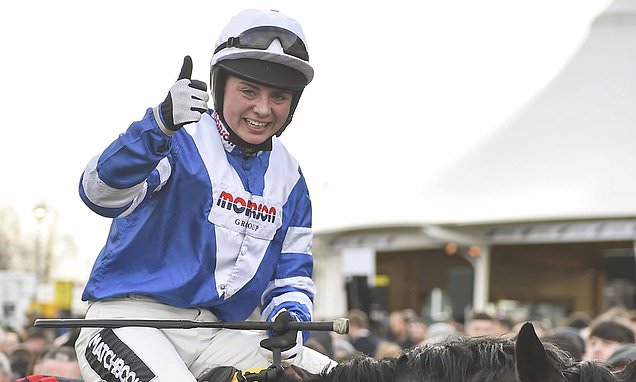 Bryony Frost believes Frodon is the perfect shape to deliver a dream ending to the most traumatic 12 months of her career when he lines up in Sunday afternoon’s £250,000 Ladbrokes King George VI Chase.

If the gelding who has done most to elevate Frost’s career can repeat last year’s win, expect a roar from the Kempton crowd that hasn’t been heard since the days of those galloping greats of Christmas past, Desert Orchid and Kauto Star.

Twelve months ago Covid-19 meant just a handful of owners were present to witness 26-year-old Frost make history by becoming the first female jockey to win one of the biggest races in the jumps season. 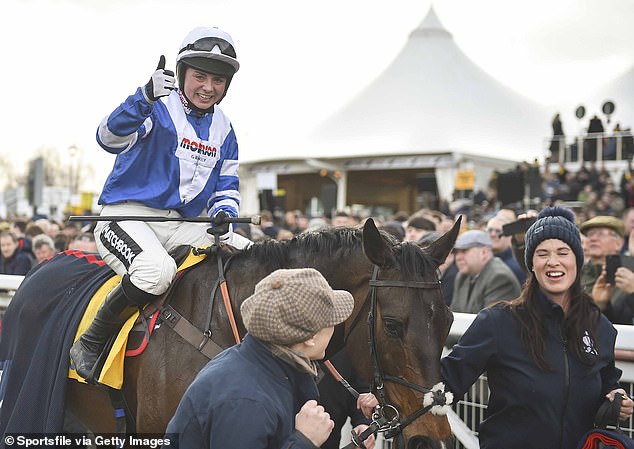 In the immediate aftermath of her win, Frost spoke of ‘negativity’ she faced in the Weighing Room, a few words which hinted at an unidentified issue.

We have since learnt that Frost was referring to what became the unedifying story of bullying and harassment that led to fellow jockey Robbie Dunne being banned for 18 months at a BHA disciplinary hearing earlier this month.

Frost was popular with the racing public a year ago. The wave of sympathy and support she has received since has taken that to new levels judged by the reaction she received from the Sandown crowd when she won the Tingle Creek Chase on Greaneteen at the start of the month.

It will surely serve to further inspire Frost and Frodon, who is trained by her boss Paul Nicholls. 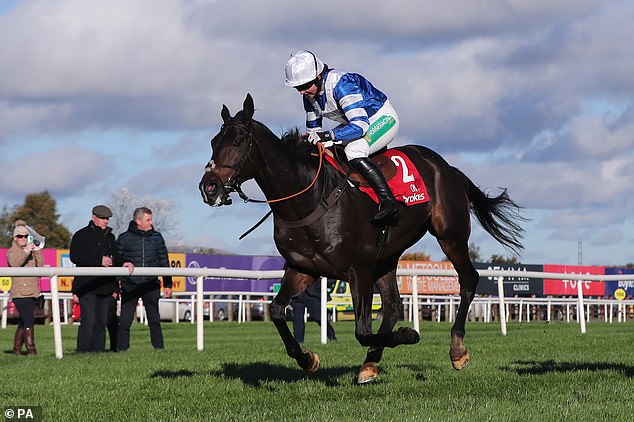 Frost said: ‘The public in racing are awesome when they start getting behind certain individuals and athletes. It is really cool to be one of those pairs that people look forward to seeing and appreciating. I’m very lucky to have him.

‘People love Frodon’s characteristics, his running style, his jumping. When I met him he was a very good handicapper and now he has progressed to be one of the most talked about horses. For me I’m very proud of that.

‘It is mad to think we won the race 12 months ago and it really doesn’t feel that long ago. Everyone has counted down to Christmas Day but I’ve been counting down to Boxing Day. 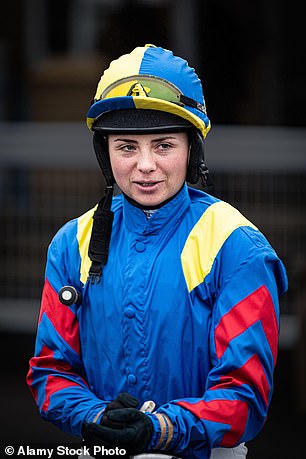 ‘Frodon galloped at Wincanton last week and my arms were a couple of inches longer that evening from him towing me around in the boisterous way he does. I was happy with that.

‘We schooled together on Monday and it was just how we wanted it with him near enough out of control!’

Frost remembers last year’s race as being one of the smoothest she has ever enjoyed on Frodon. He jumped with precision from the front and nothing could lay a glove on him. It will be much tougher this afternoon.

Adding extra spice to the race is the fact that one of Frost’s biggest dangers is Minella Indo, ridden by Rachael Blackmore, the most successful female jockey in jump racing history.

Frodon was well behind Minella Indo when the Henry De Bromhead-trained Irish raider won the Cheltenham Gold Cup in March but Frodon and Frost gained revenge when they were first and third respectively in the Champion Chase at Down Royal in Northern Ireland in October.

Frost added: ‘I won’t tire of ever watching the replay. I’m lucky enough though to have the virtual replay to go back in my head whenever I want to. I don’t need any 4G or internet to spring that memory back up! It is a privileged memory to have.’

Frost and Blackmore may dominate the headlines going into the King George but the race’s dominant figure is Nicholls with an amazing 12 victories. 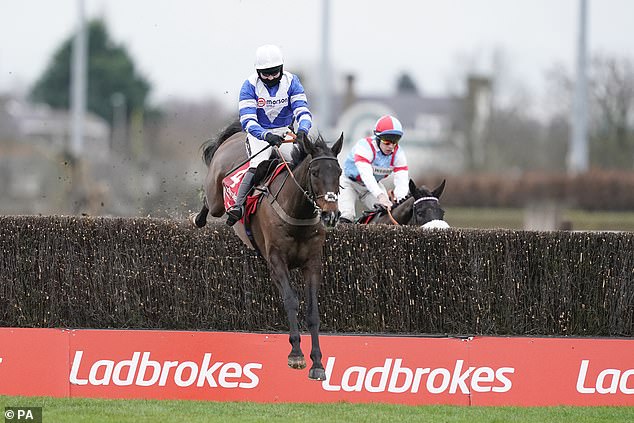 That is seven more than the next most successful trainers in the race’s history, Fulke Walwyn and Francois Doumen.

Nicholls believes that Frodon has been too big a price in the build-up to the race and is underestimated.

Nicholls has also said that a new approach with his dual winner Clan Des Obeaux by dispensing with a prep-race to ensure Harry Cobden’s mount comes into the race fresh means the nine-year-old has had ‘his best preparation ever’ for the contest.

If Clan Des Obeaux, who is part-owned by Sir Alex Ferguson, can win his name will be written large in the sport’s history books. There have been 10 dual winners of the race, including Nicholls-trained See More Business (1997 & 1999) and Silvinaco Conti (2013 & 2014).

Surprisingly, the King George is one of the few major prizes to have eluded JP McManus, the most prominent owner in the sport. He is represented by Nicky Henderson-trained Chantry House, who is still rising through the chasing ranks after a successful novice chase campaign.

Sean Bowen steps in for the ride on Henderson’s Mister Fisher because his brother James is sidelined after a heavy fall on the trainer’s schooling grounds on Thursday.

But all eyes will be on Frost. If you believe in fairy-tale endings you will be backing her. 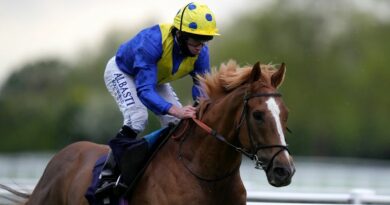 Ryan puts a bit of European polish on promising Judicator