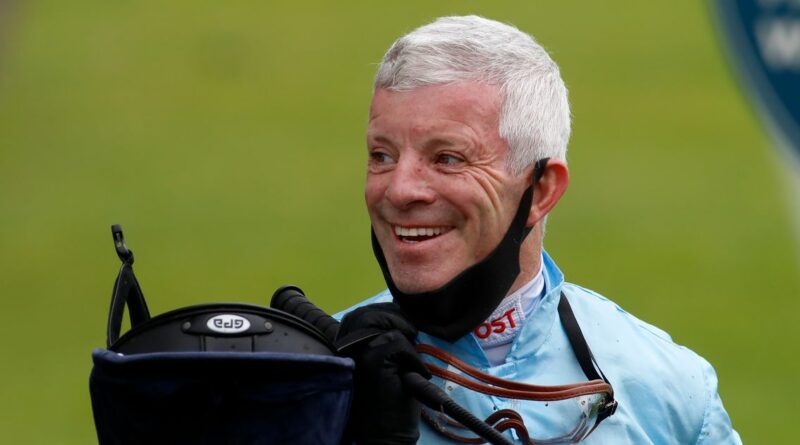 The 50-year-old packs a punch when it comes to race-riding – but remarkably makes his debut in the Classic having spent over three decades in the saddle.

At Epsom on Friday, he hopes to join fellow weighing room veterans Frankie Dettori and Kevin Manning by starring on the biggest stage.

"For me this is the second half of my career and it's brilliant to have a ride in the Oaks.

"In any walks of life you can't buy experience only gain it. Everyone needs doors to open."

His longstanding partnership with trainer Mark Johnson is taken up a notch when Dubai Fountain bids to take Norton from the boxing ring to the winners' enclosure.

In 1995 he competed in the Amateur Boxing Association finals and three years later, was offered a place in the 1998 Commonwealth Games team.

Norton had the chance to turn professional when his jockey career took a nosedive – but he is pleased he stuck to his guns as the opportunities now flow.

"Dubai Fountain has a lovely profile going into the Oaks," he said.

"She's the highest-rated, had a nice preparation and she should adapt to the twists and turns of the track.

"People say the second Zeyaadah will reverse the form from Chester – I think we might confirm it.

"I had to use my horse up a lot the way the race developed and she still won by a length.

"She's so uncomplicated and the return of crowds won't fluster her."

Boxing now forms a large part of Norton's fitness regime, which he enhanced with his diet when linked up with jockeys' specialist Dr George Wilson.

Although his weight is around eight stone, few are stronger in a finish – and Norton feels as good as ever ahead of the Oaks, part of this year’s QIPCO British Champions Series.

"It's hard to teach an old dog new tricks," he said.

"But when I went to see George with Paul Mulrennan, we learned to behave like athletes. It put the science behind being a jockey.

"The older lads are catching on, stretching and doing warm-ups before races.

"Sometimes this game can retire you. When you are at the top you can go out whenever you want.

"The day I don't have fire in my belly I will walk away. I'm in a good place at the moment.

"How would I feel if Dubai Fountain won? Fantastic."